There is no cop quite like Dirty Harry. Here are the 10 most iconic moments from Clint Eastwood's franchise. 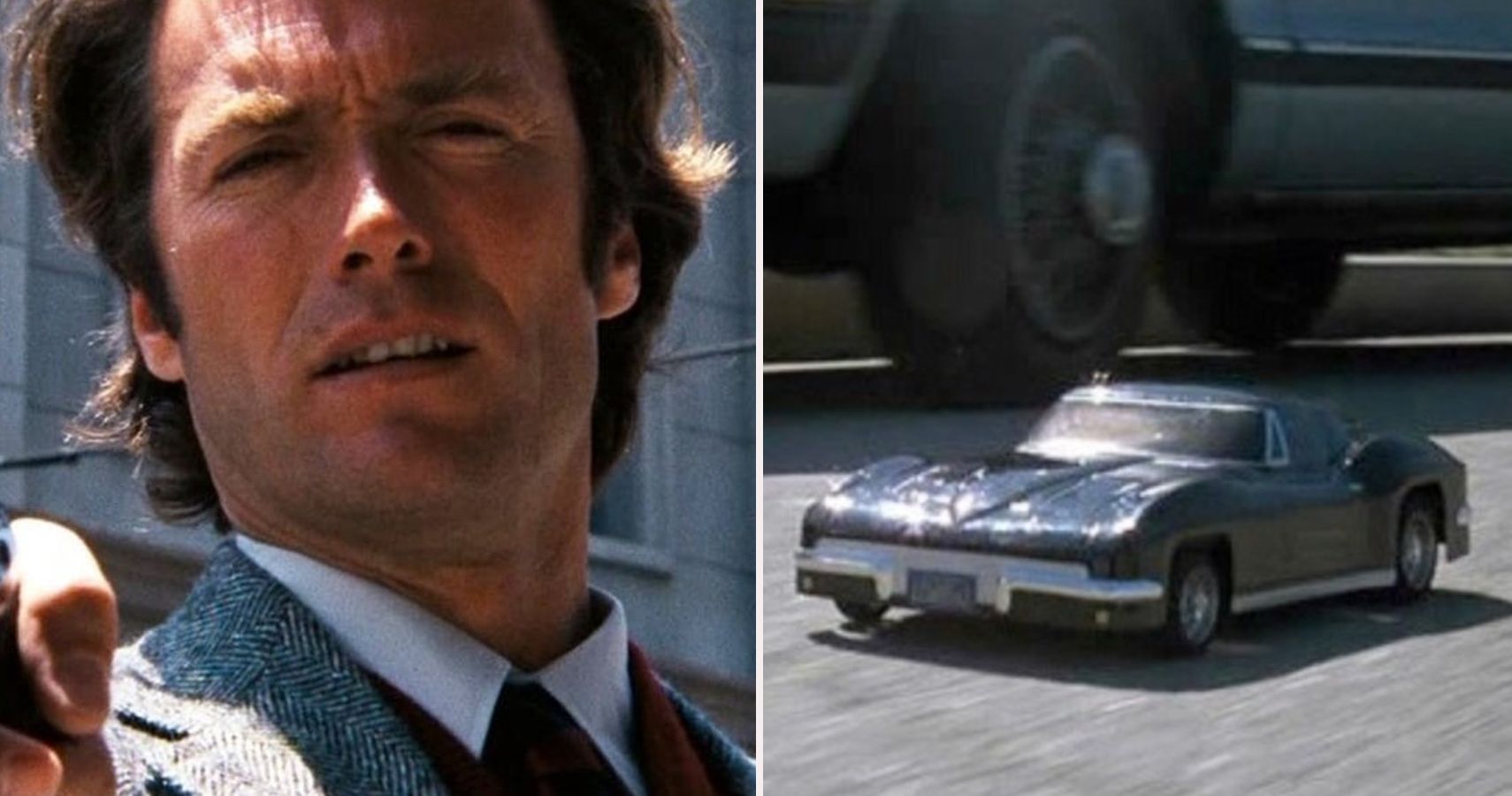 There are countless cop movies out there, but few movie cops are as iconic as Dirty Harry. Over the course of five films, Harry Callahan was the toughest cop on the streets of San Francisco and the movies gave star Clint Eastwood the most famous role of his career.

RELATED: 10 Tough-As-Nails Cop Thrillers To Watch If You Like Dirty Harry

Harry was not an easy character to love but his tendency to play by his own rules and take justice into his own hands was pretty entertaining. While the series wrapped up over thirty years ago, there are still plenty of great moments to look back on. Here are the most iconic moments in the Dirty Harry franchise.

Magnum Force is the second film in the series and one of the better entries, thanks largely to its intriguing story. When criminals start getting executed on the streets, Harry is forced to confront some police that may be more reckless with the law than even he is.

Harry finds himself suspecting one of the hotshot rookies on the force may be behind the killings. While participating in a sharpshooter competition, Harry uses the opportunity to check the ballistics of the cop's bullets with those of the murders. It is one of the rare moments of Harry really investigating.

The Dead Pool is the final Dirty Harry movie and centers around a game that is played betting on which celebrities will die next. However, someone takes the game too far and starts murdering the celebrities.

The first victim is Johnny Squares, a drug-addicted rocker played by a then-unknown Jim Carrey. Lip-syncing to Guns N' Roses and dancing around, Carrey shows off the physical comedy that would eventually make him a star. The brief role also hints at his dramatic talents as this desperate and out-of-control man.

The first Dirty Harry movie based its story around the murders of the infamous Zodiac killer who was still at large in San Francisco at the time of the film's release. The killer is known as Scorpio in the film and randomly targets innocent people while taunting the police with his letters.

After narrowly missing the opportunity to put Scorpio behind bars, Harry is not willing to let him escape again. After Scorpio hijacks a school bus, Harry hunts him down and gives him his famous line "Do I feel lucky? Well, do ya, punk?" before blowing him away.

7 Siege On Alcatraz (The Enforcer)

The third film in the series, The Enforcer, finds Harry taking on a fake radical group committing crimes around the city. Their boldest crime comes at the end when they take their mayor hostage and hide out at the abandoned Alcatraz prison.

Unwilling to meet their demands, Harry and his partner head to the island and rescue the mayor but Harry's partner is killed in the process. As the gang's ringleader tries to hide out in the guard's tower, Harry takes a bazooka and destroys the whole tower.

Mick in Sudden Impact is perhaps the vilest villain in the series. He is the sadistic member of a gang that participated in a brutal assault on two innocent women. Give how grotesque he is, the audience is just waiting for him to get his comeuppance.

RELATED: 5 Thriller Movies From The 70s That Are Way Underrated (& 5 That Are Overrated)

That moment finally comes when Harry hunts Mick down in a waterfront fair. With Mick on an elevated platform, Harry blasts him with his gun, sending him falling several stories down where he is impaled on a merry-go-round ride.

5 Talking To The Jumper (Dirty Harry)

The very first film in the series shows audiences how Harry is a tough-as-nails cop who takes a very unorthodox approach to police work. This includes one scene in which Harry tries to talk down a man threatening to jump from a building ledge.

Harry takes a crane up to talk to the man face-to-face but instead of offering comforting words to the man, Harry keeps talking about how much of a mess the man will leave once he jumps. Eventually, the man forgets about jumping and just tries to beat Harry up.

As Harry attempts to smoke out the murderous cops in his midst, his superiors decide a local crime boss is responsible. As the cops prepare to go in for the arrest, the crooked cops tip-off the crime boss that they'll be attacked by a rival gang disguised as cops.

The result is a brutal and chaotic shootout that ranks among the franchise's best action sequences, especially with Eastwood's impressive stunt of riding on the hood of a car.

Humor is not something that the Dirty Harry series is known for, but The Dead Pool does embrace the sillier side of these movies with mixed results. However, one great moment comes when the villain uses an explosive remote-control car to chase Harry.

It is a lot of fun seeing this genuinely thrilling car chase between a full-sized car and a small toy. As the chase goes through the streets of San Francisco, it feels reminiscent of the iconic chase in Bullitt.

Harry Callahan is a man of few words, but he does have a couple of iconic movie lines to his name. One of his best comes in Sudden Impact when Harry finds himself in the middle of a diner being robbed.

Harry does what he does best and guns down all the assailants, except for one. The lone crook grabs a hostage as Harry aims his gun. The two men have a standoff before Harry growls, "Go ahead, make my day." The crook thinks better of his plan and surrenders.

Harry seems to have a knack for finding himself in bad situations. This is clearly seen in the very first movie when Harry innocently goes to get a hotdog and instead has to foil a bank robbery.

After gunning down most of the suspects, Harry takes aim at the last man who reaches for his gun. Calmly, Harry makes the man question if Harry's gun is empty or if there's one more in the chamber. He says the crook needs to ask himself one question, '"Do I feel lucky?" Well, do ya, punk?"

NEXT: 10 Most Iconic Moments In The Die Hard Franchise

Flash Frames Sue Dearbon For Murder: What It Means For...