To celebrate the 4th of July, we've hand-selected 20 songs, each of which talks about this big, great, complicated country of ours in its own special way -- from the critical (Bruce Springsteen's "Born in the U.S.A.") to the full-on celebratory (Miley Cyrus's "Party in the U.S.A."). 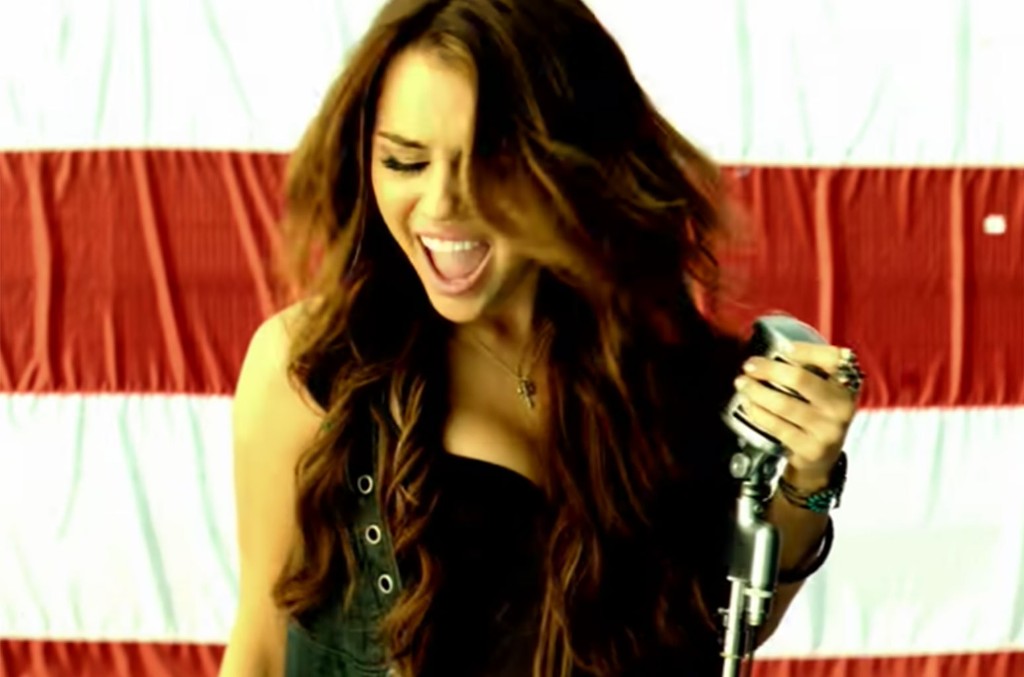 It’s impossible to live in the 50 states and not know about schoolhouse classics like “The Star Spangled Banner” and “This Land Is Your Land,” but those famous patriotic odes aren’t the only way to give a musical shout-out to America.

To celebrate the 4th of July, we’ve hand-selected 20 songs, each of which talks about this big, great, complicated country of ours in its own special way — from the critical (Bruce Springsteen’s “Born in the U.S.A.”) to the full-on celebratory (Miley Cyrus’s “Party in the U.S.A.”).

Check ‘em out below.

Bruce Springsteen, “Born In The U.S.A.”

Key “America” Lyric: “Don’t want to be an American idiot/ One nation controlled by the media/ Information age of hysteria/ It’s calling out to idiot America.”

Key “America” Lyric: “I wanna see all the stars and everything in between/ I wanna buy a new heart out of a vending machine/ ‘Cause It’s a free country so baby we can do anything (Whoa).”

Key “America” Lyric: “Counting the cars on the New Jersey Turnpike, they’ve all gone to look for America.”

Key “America” Lyric: “I’d like to express my extreme point-of-view/ I’m not a Christian and I’m not a Jew/ I’m just living out the American dream/ And I just realized that nothing is what it seems.”

Key “America” Lyric: “I’ve been looking for so long/ In Amerika/ Throw my hands in the air!”

Key “America” Lyric: “Well, she was an American girl/ Raised on promises/ She couldn’t help thinkin’ that there was a little more to life somewhere else.”

Key “America” Lyric: “Be young, be dope be proud/ Like an American.”

Key “America” Lyric: “The women and men who have broke their necks for the freedom of speech the United States Government has sworn to uphold, or (Yo’, I want everybody to listen to the words of this song) so we’re told…”

Key “America” Lyric: “I don’t need your war machines/ I don’t need your ghetto scenes/ Colored lights can hypnotize/ Sparkle someone else’s eyes/ Now woman, get away/ American woman, listen what I say.”

Key “America” Lyric: “Some are black and some are white/ Ain’t to proud to sleep on the floor tonight/ With the blind faith of Jesus you know that they just might/ be Rockin’ in the U.S.A.”

Toby Keith, “Courtesy of the Red, White and Blue”

Key “America” Lyric: “Oh, justice will be served and the battle will rage/ This big dog will fight when you rattle his cage/ And you’ll be sorry that you messed with the U.S. of A./ ‘Cause we’ll put a boot in your ass, it’s the American way.”

Key “America” Lyric: “Living in America — hand to hand, across the nation Living in America/ Got to have a celebration/ You might not be looking for the promised land, but you might find it anyway.”

Key “America” Lyric: “Just want my piece of the American pie/ Got your slice, where is mine/ Lick my fingers on this thing called life.”

Key “America” Lyric: “So bye-bye, miss American pie/ Drove my Chevy to the levee, but the levee was dry.”

Michael Stipe and Aaron Dessner Team up for Haunting Performance...