A preview and technical specifications of the 2021 Aprilia RS 660 sportbike. 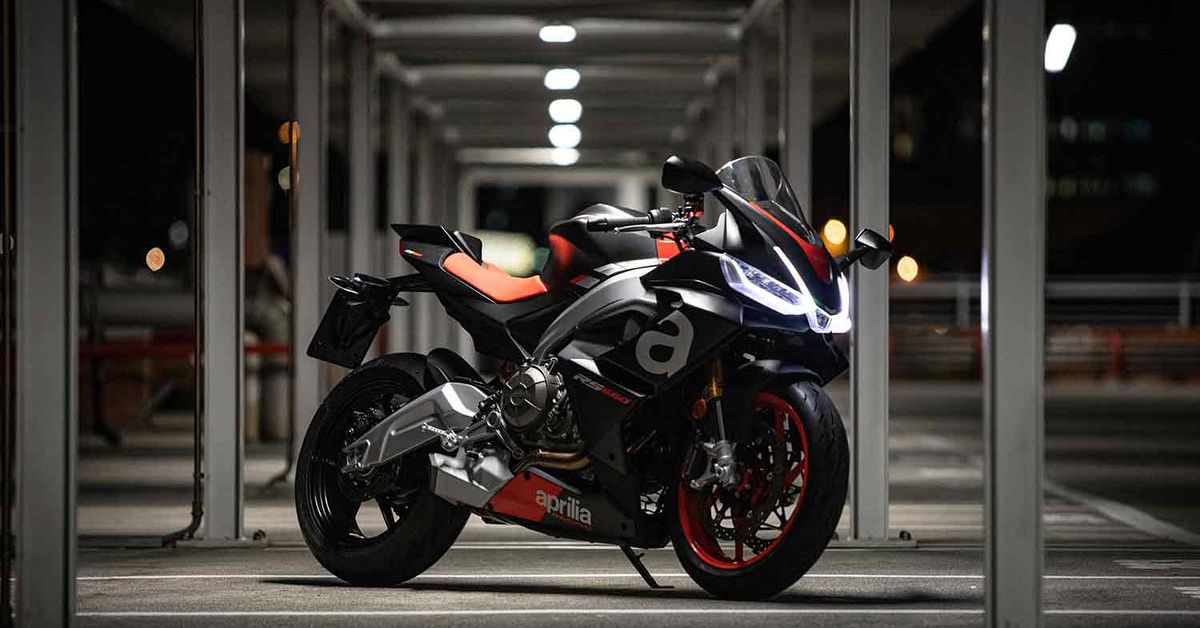 Made in Noale, Italy, this model is the European manufacturer’s gateway into the middleweight sport segment—a category that it has historically struggled to gain traction in with underperforming bikes like the V-twin-powered Shiver and Dorsoduro 750.

The RS 660 is powered by an all-new liquid-cooled parallel twin with architecture based from the charismatic and precisely honed RSV4 1100 V-4. Aprilia has been engineering this engine configuration for more than 12 years, and it shows in terms of performance and sport attitude. 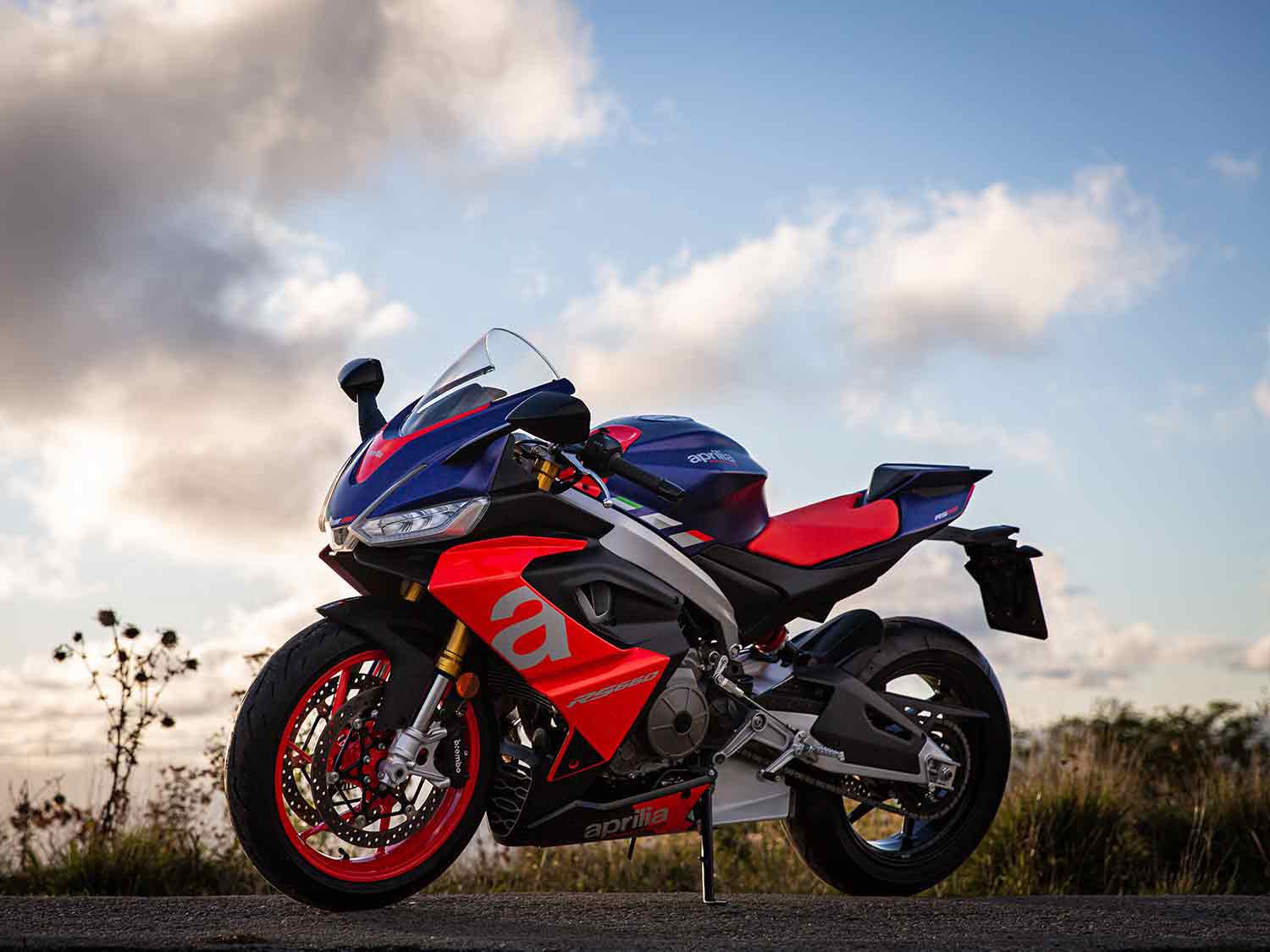 The RS 660 is powered by an all-new 659cc parallel twin based off Aprila’s rowdy yet finely honed V-4 superbike engine. (Piaggio Group/)

It shares chain-driven camshaft design and identical cylinder bore measurement. Piston stroke, however, has increased (11.6mm). Aprilia claims its twin is good for 100 hp at 10,500 rpm. Claimed torque is rated at 49.4 pound-feet at 8,500 revs. Power is transferred to the 5.5-inch-wide rear wheel through a quickshifter-enabled six-speed gearbox and cable-actuated clutch. The engine drinks fuel from a 3.96-gallon tank. Aprilia plans on using this powertrain to expand into other motorcycling segments.

Aprilia has a long history of developing exquisite chassis, and the RS capitalizes on this pedigree with a double die-cast aluminum beam frame and boomerang-shaped alloy swingarm. The RS wears an inverted fork and a linkage-less shock that mounts directly between frame and swingarm. Triple disc brakes with radial-mount Brembos are employed front while a double-piston rear caliper manages the back disc.

An early leader in ride-by-wire technology, Aprilia’s superbike electronics have evolved into one of the best production systems money can buy. That technology transfers to the RS 660 in the form of the APRC (Aprilia Performance Ride Control). It includes independently adjustable traction, wheelie, engine-brake, and cruise control. Riders can also select engine power modes based on preference or road conditions. There are three global riding modes and two customizable configurations where riders can choose each setting à la carte.

Aprilia’s Tuono and Tuono 1100 naked bikes are exceptionally comfy streetbikes. So we expect the RS to follow in its Pirelli Diablo tire marks with a well-thought-out ergonomics that balance sport and everyday riding. We’ll find out soon as we ride the motorcycle later today. Peruse our YouTube and Instagram channel for live stories. Visit us  October 27 for the write-up and video.

Hours before T’Quan Robertson shot up a Scarborough playground, he was insulted...

Ex British Airways 747 Will Be Saved As A Film Set

Video: This might just be the best BMW collection in the...

Motorcycle Riding To Where Bears Gather