Honda’s CRF450R is heavily updated for 2021. Its power figures, cornering capability, and ergonomics continue to impress. 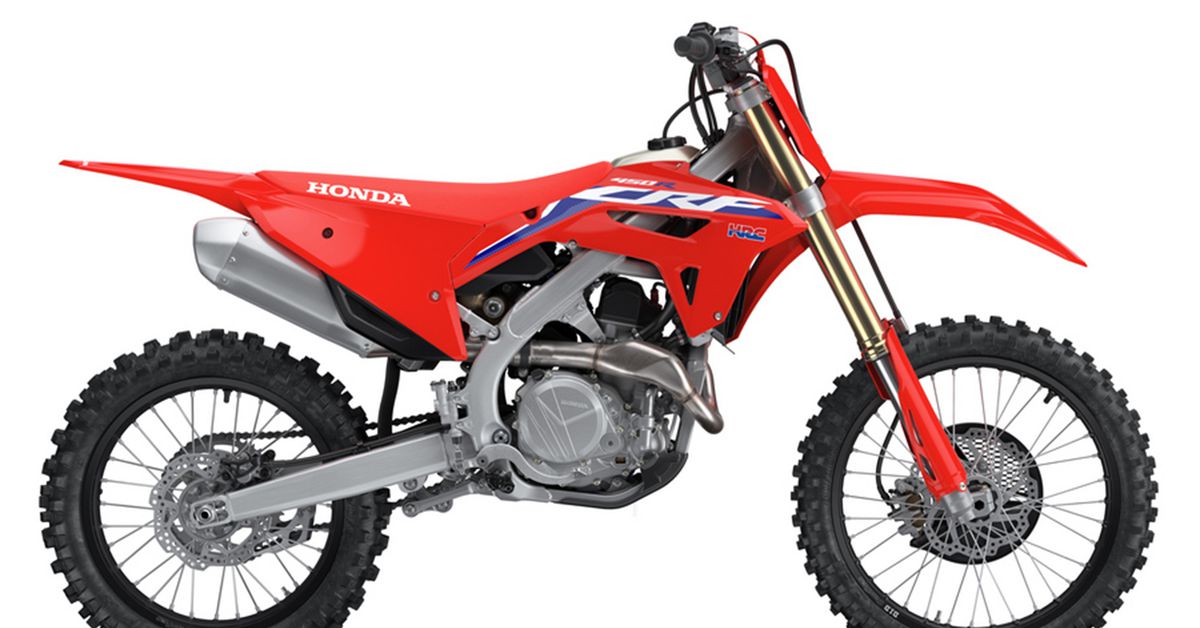 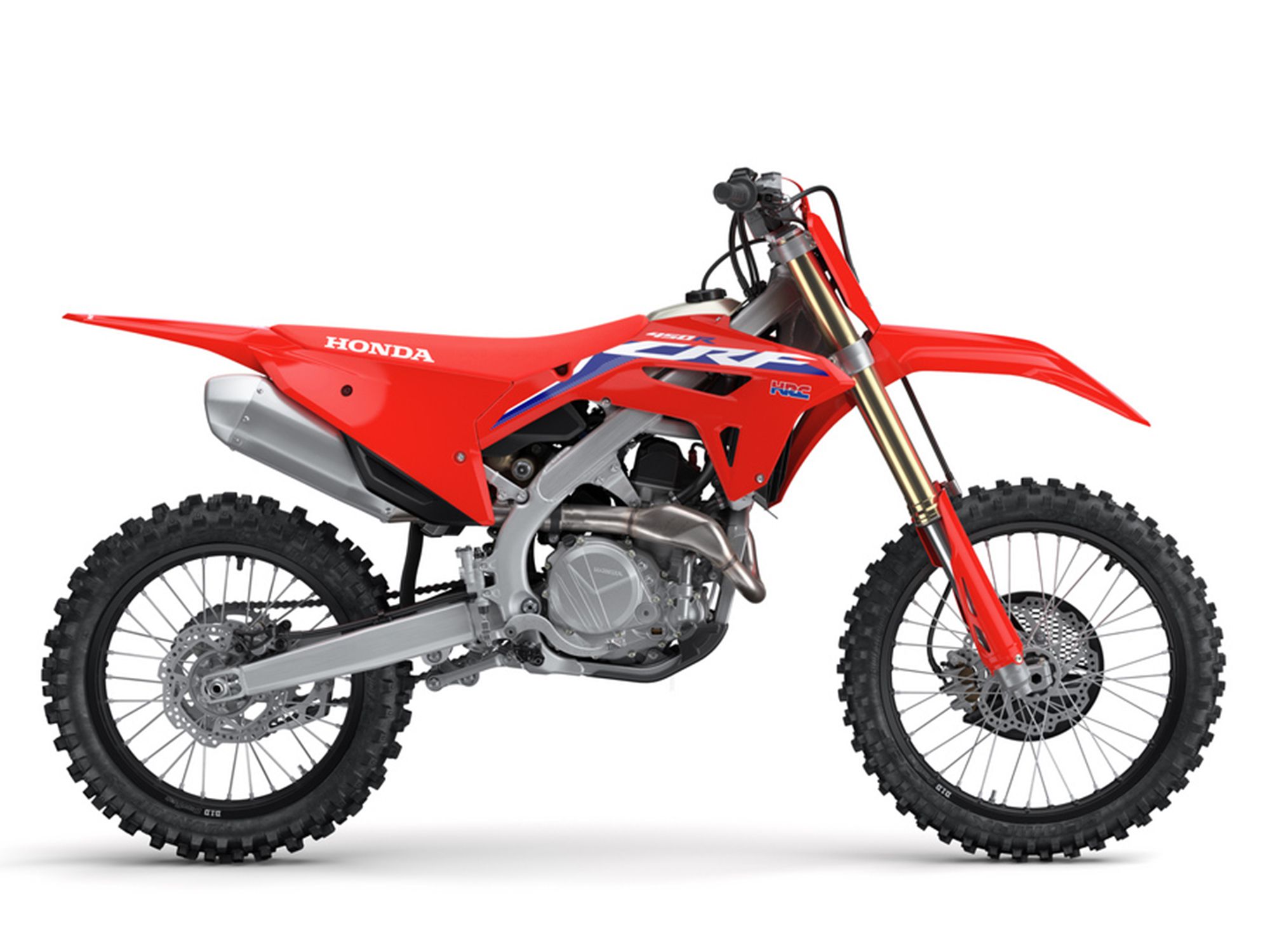 Its 2021 redesign makes for significant improvements over the previous model year, and its power figures continue to impress. Just a little more fine-tuning is needed. 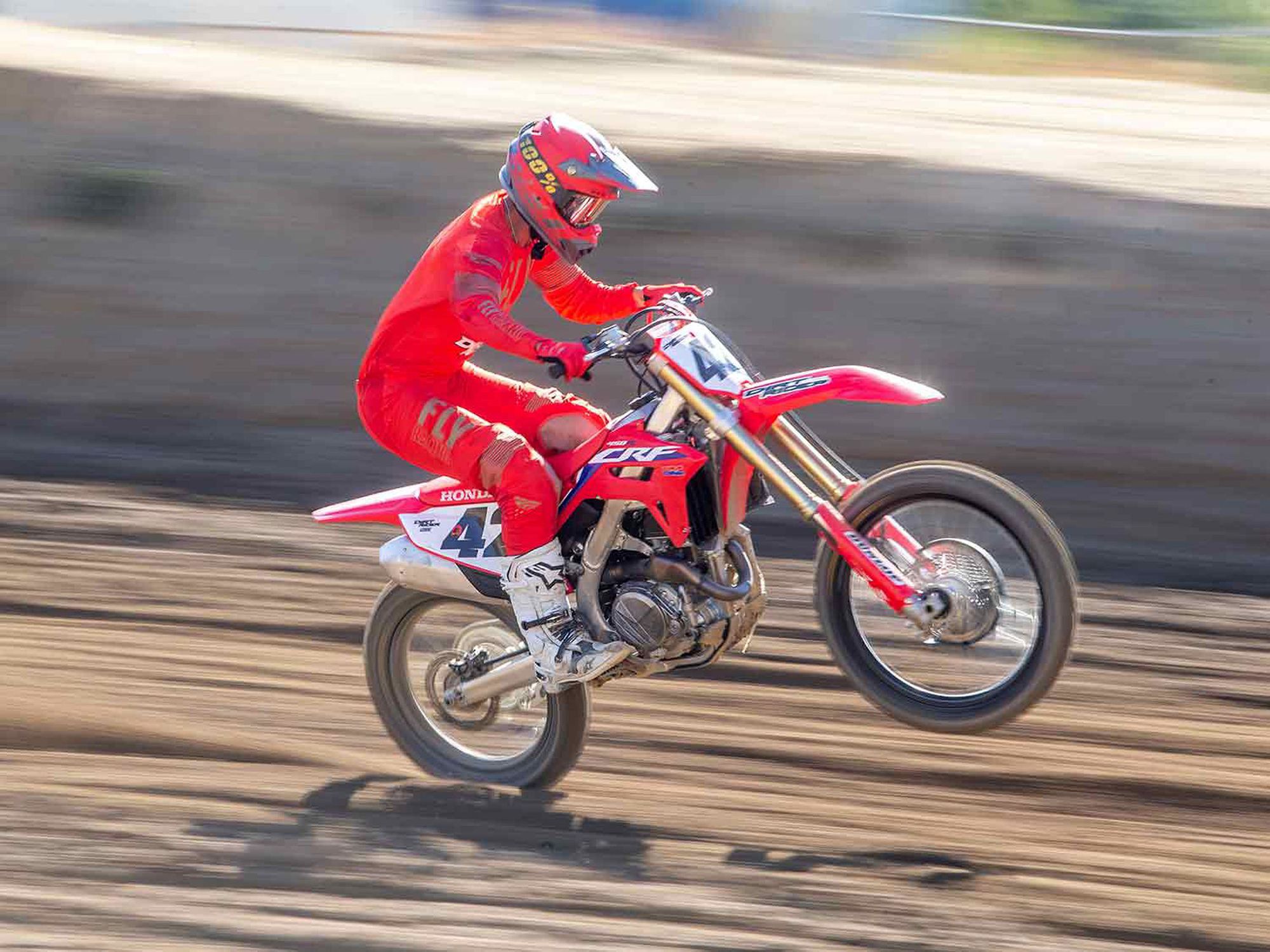 The Honda CRF450R is new and improved for 2021, so much so that it is considered the most revised model in its class for the new year. It competes with motocross bikes like the Kawasaki KX450, Yamaha YZ450F, KTM 450 SX-F, and Husqvarna FC 450, as seen in ’s 450 Shootout, but can also find itself head to head with the GasGas MC 450F and Suzuki RM-Z450. One of the feathers in its cap is the fact that it has the most peak horsepower and torque figures of the 450 class. 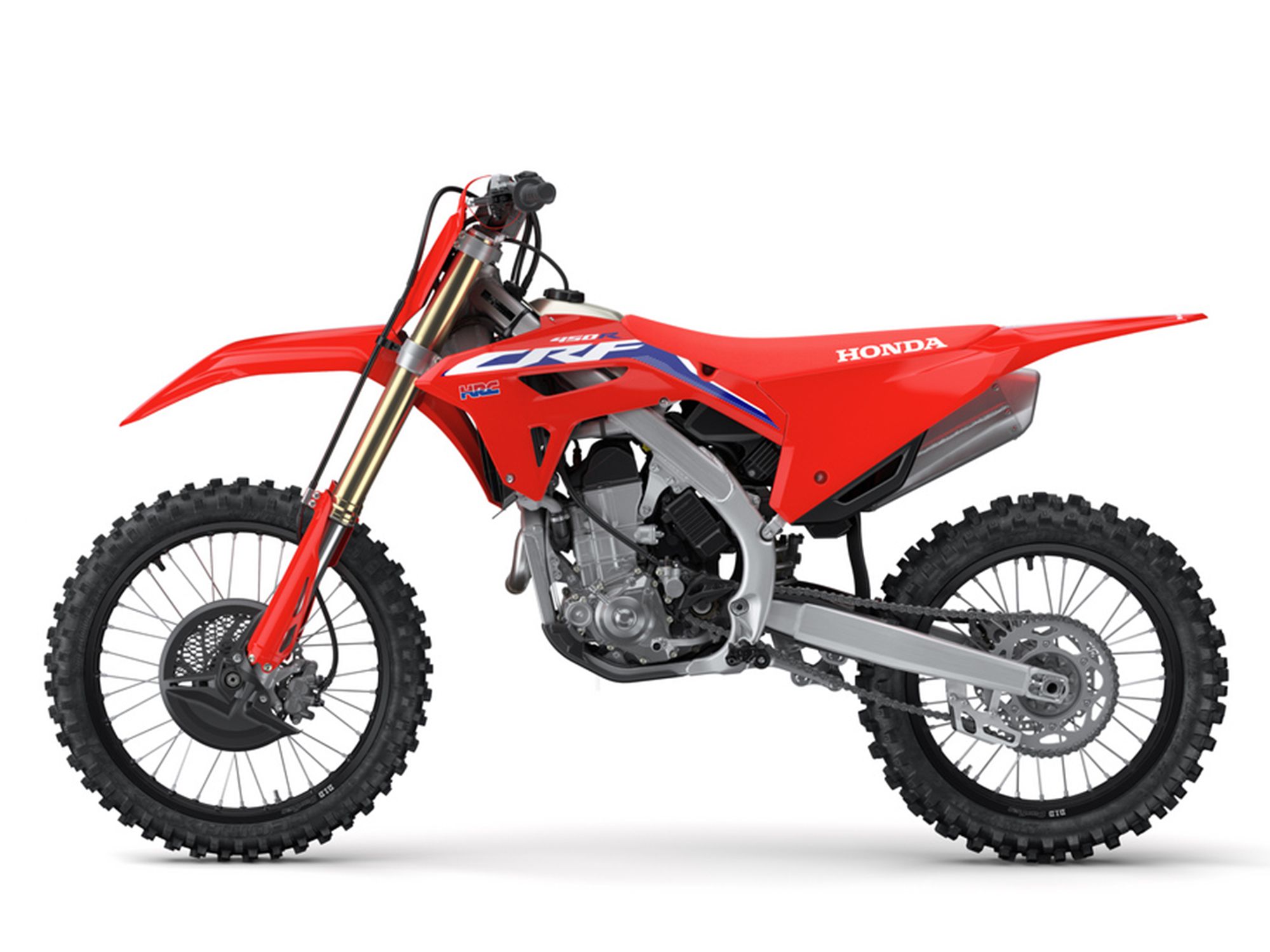 The CRF450R is available at an MSRP of $9,599 and the CRF450RWE (Works Edition) is available for $12,380. The Works Edition includes the following features: a Yoshimura exhaust, Twin Air filter, Throttle Jockey seat cover, Hinson clutch basket and cover, D.I.D DirtStar LT-X rims, Kashima- and titanium nitrate-coated fork, a red cylinder-head cover, and a special cylinder-head porting.

The engine is identified by its racy and aggressive character and controllable power. The engine accelerates the bike quickly and focuses its power between the midrange to top-end. A mentioned is that the engine “sporadically bogs and hesitates at low rpm. This is most noticeable when exiting corners. Interestingly, it doesn’t have this hiccup when blipping the throttle while warming it up before a moto. It only occurs when the bike is being ridden on the track and under acceleration.” 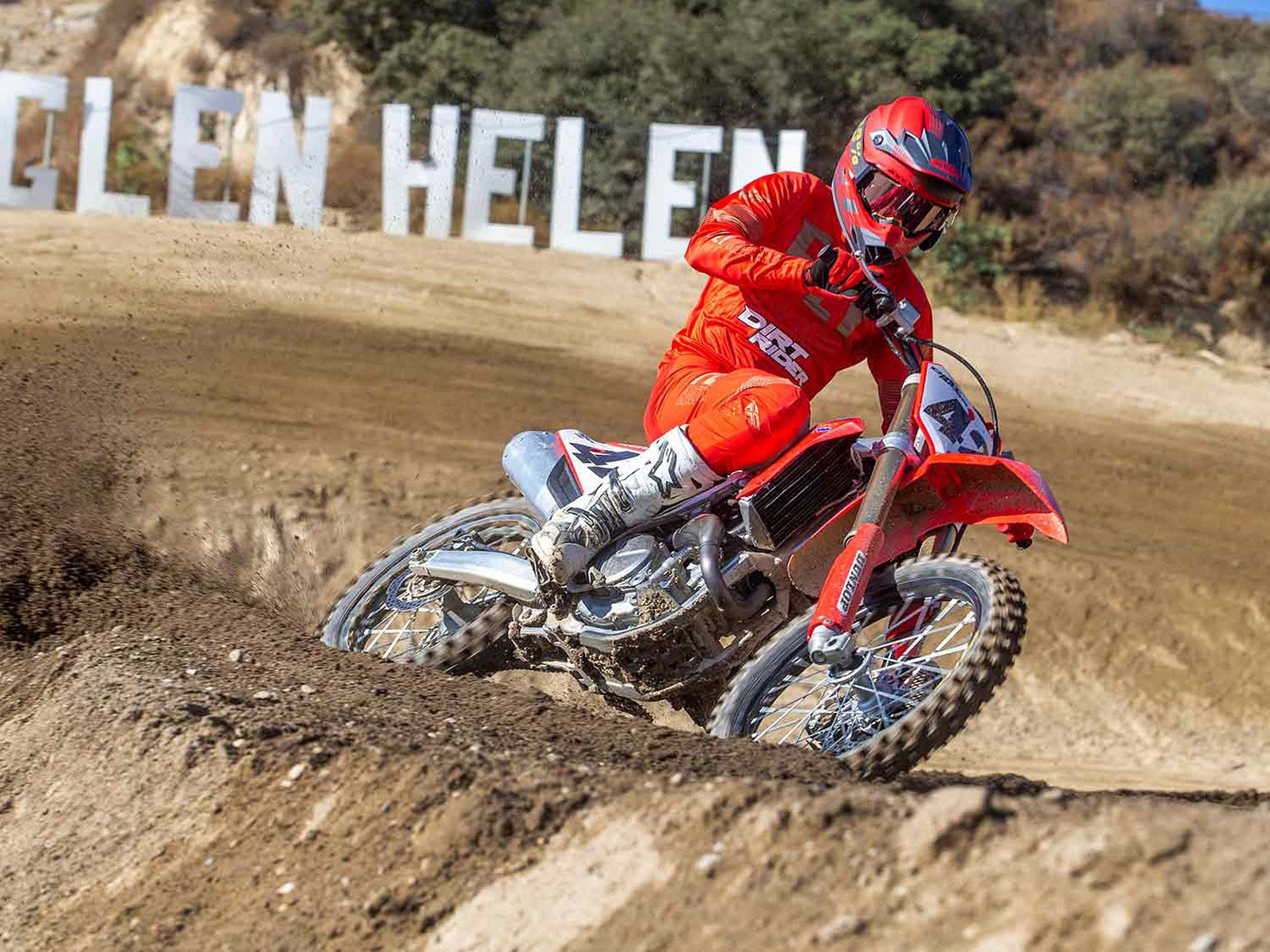 The CRF450R’s chassis offers more flex than its previous generation, and this is reflected in its excellent cornering performance, responsiveness, and lightweight feel. The CRF450R feels the most rigid of the group, which makes its faults in handling known on rougher tracks. The positive aspects of its handling make it better suited for tight, smooth tracks.

Test riders noted that suspension is improved for this latest-generation model, however, the Showa 49mm fork and Showa shock are “both too soft, which causes them to ride low in the stroke.” Feedback when hitting bumps and fork dive under braking were also noticeable, though the latter does seem improved since 2020. With that said, “The CRF450R’s suspension components have good bones to work with, but the fork would benefit from having stiffer springs, and possibly even a revalve of both ends would make the Showa components more suitable to the demands of a motocross track, especially a rough one like Glen Helen.”

Being the fastest bike in the class is great, but controlling that speed is equally important. Thankfully, the red machine’s brakes do a sufficient job of slowing it down when needed. The Nissin units’ job is made easier by the fact that the 2021 CRF450R is 6 pounds lighter than the prior year model. 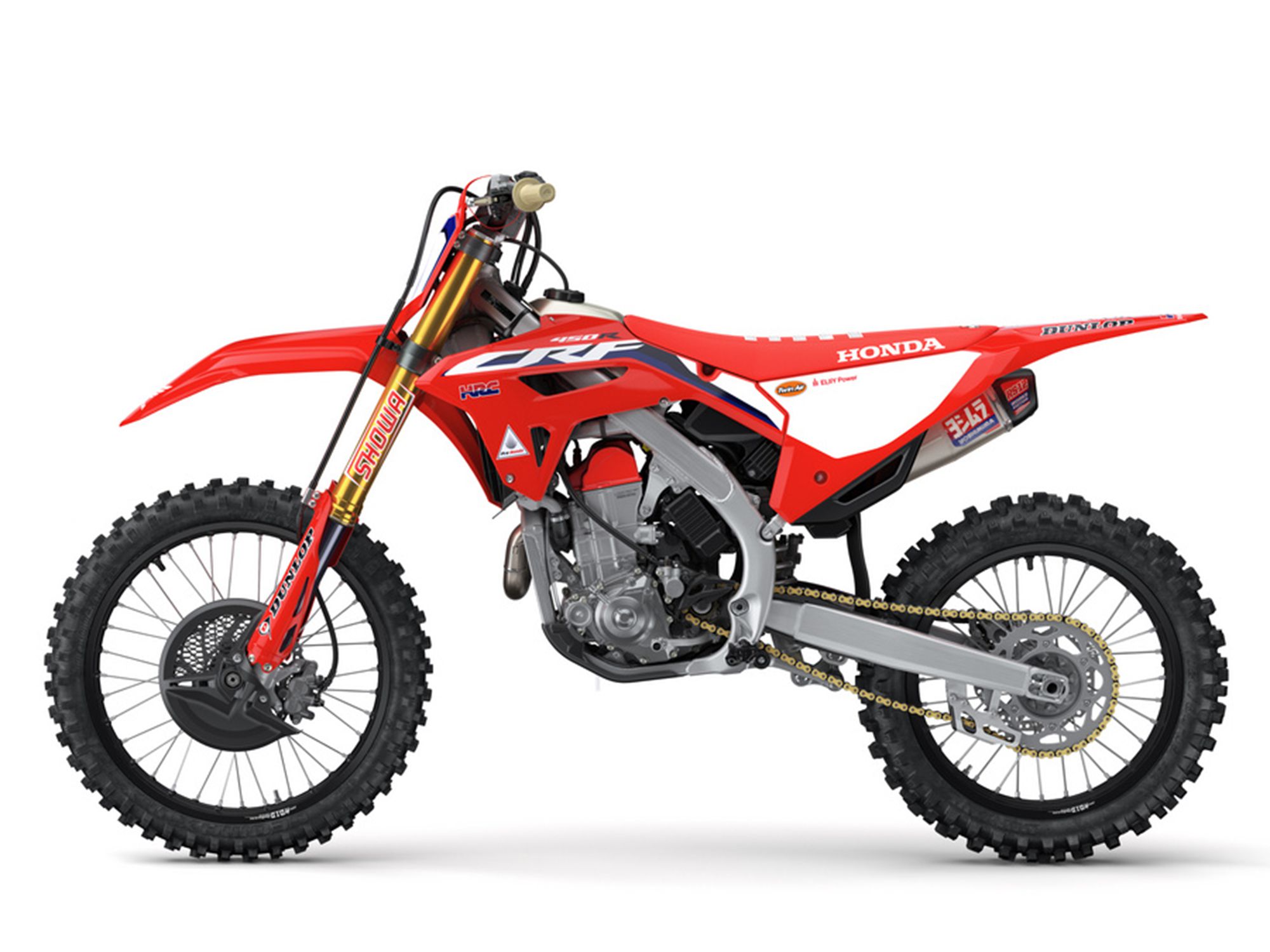 Fuel economy has not been recorded, however, the 1.7-gallon tank puts the CRF as the second largest tank capacity among its competitors.

’s Allan Brown reported that the rider triangle is comfortable. He was very happy with how the CRF450R was slimmed down and said, “Even more surprising is that it does not bow out very much at the end of the radiator shrouds or at the rear by the muffler. The seat is narrow, thin, and just firm enough that you don’t feel the seat base, but not too firm as a result of its thinness. The handlebar, grips, and front brake lever are all the same and feel comfortable.”

The CRF450R and the WE trim do not have a warranty.

The CRF’s vast improvements, slim design, cornering maneuverability, powerful engine, and comfortable ergonomics continue to hold it in high regard. Some fine-tuning may be needed, but with an expert’s touch riders can get the most out of its overall performance. 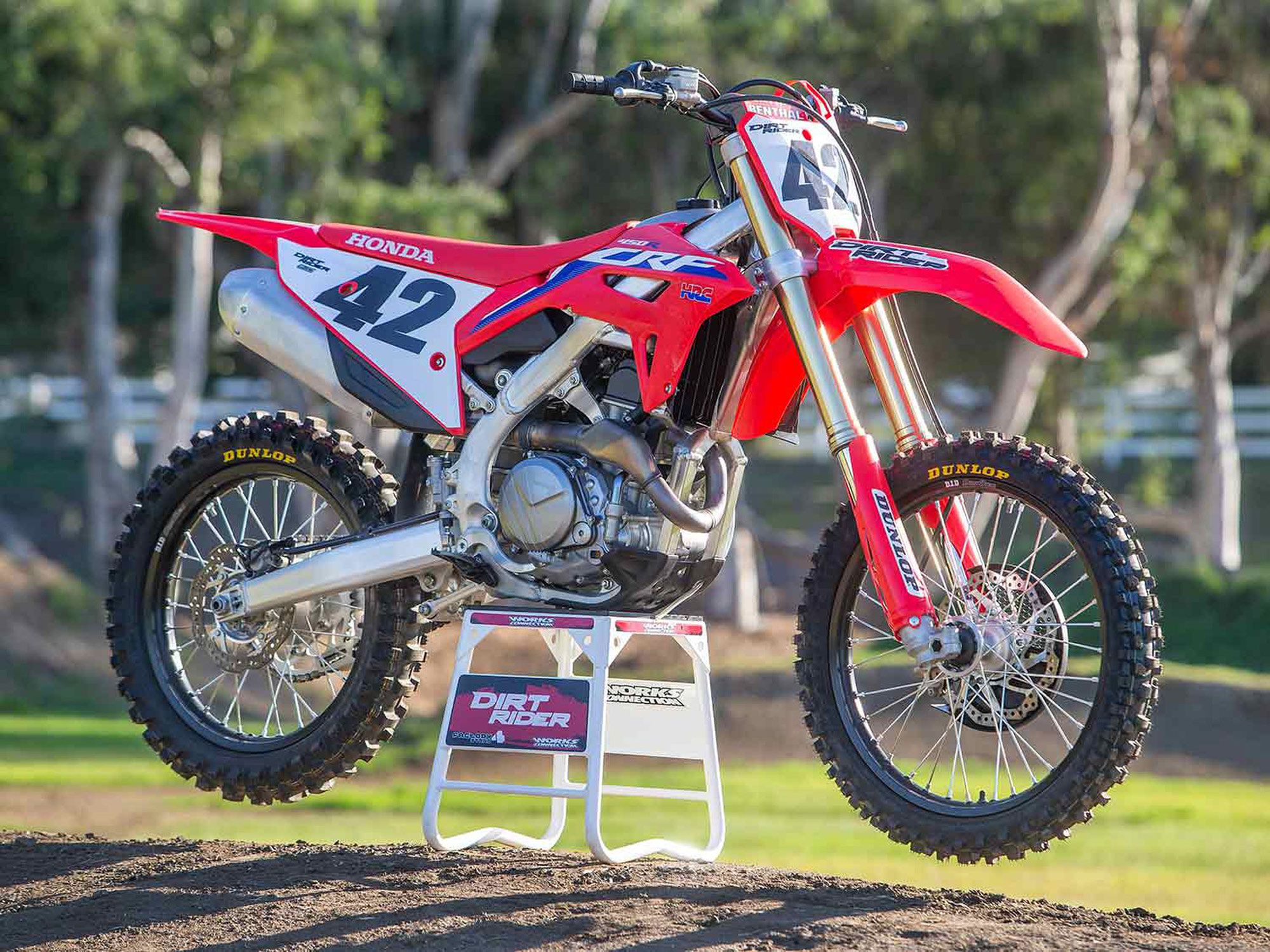 VIDEO: Check out the Rims for the BMW M3 and M4 in New Video