How To Get Rid of Narcissists Before It's Too Late (And Get Laid By Hotter, High-Quality Women)… Click Here to ... Read more 27,236 Views The post 4 Signs She Might Be a Narcissistic Woman appeared first on Gotham Club. 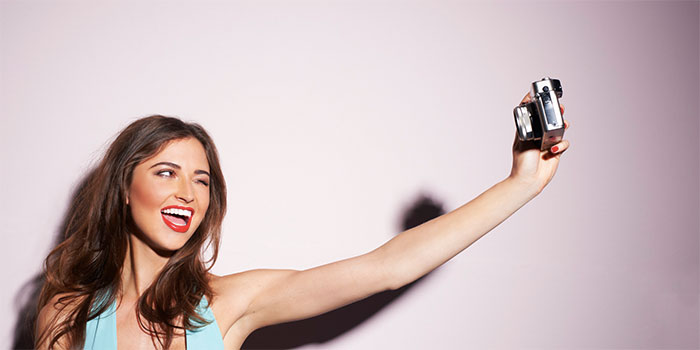 How To Get Rid of Narcissists Before It's Too Late (And Get Laid By Hotter, High-Quality Women)…

One fairly recent self-discovery I've made is that I have a tendency to be drawn to men with narcissistic personality traits, as many women tend to be.

And men are easily attracted to women with the same traits, or easily overlook them and not register certain traits as red flags.

(Those with such traits tend to be ‘larger than life‘, appear confident, are good storytellers, are histrionic, etc. All very attractive traits…at first.)

I want to start by saying this: in many of the books and articles I’ve read about narcissism, as well as extreme jealousy and related topics, I’ve found myself unsettled with the fact that many paint these conditions, and what the other spouse/ partner should do in response, with a broad stroke. In an ‘all or nothing’ type frame.

Like with anything in life, there are different levels, or degrees of narcissism. Some forms are far more manageable, and treatable, than others.

For instance, I have known some men & women who seemingly fall in the narcissistic category, but when they're studied closer, they’re actually just insecure and have an inferiority complex.

That occasionally presents itself with a jealous outburst and attempting to bring the attention and priority back to themselves, in an unconscious test to make sure they can.

Simply put, just as a child would, they test their spouse's/ partner's patience and love.

When Your Partner's Narcissism Becomes a Problem

Then there are far, far worse cases. The cases where the narcissism is so extreme it enters into the classification of the individual being a sociopath:

-Unable to connect with anyone else’s emotions

-Possessing zero empathy for others, and

-Never being able to apologize or recognize their fault in anything.

And, of course, you have everything in between.

When it comes to narcissism, this can be distinguished a little easier when you analyze the narcissistic personality traits (NPD traits) and then see how many you can safely say a person exhibits on a regular basis.

A Harsh Truth About YOU…

Now, for a little uncomfortable truth:

I think we all, at some points, exhibit some selfish/ narcissistic type behaviors.

Be it because we’re fighting for a promotion at work, or we’re just trying to gain ground in our personal relationships, sometimes we do certain things to help secure our position or strength that seem pretty damn selfish.

And, hey, it isn’t all bad to fight for what you want. I wouldn't have the business I have today if I hadn't fought for myself a lot along the way.

My concern is that with the increase of:

3) People being raised to believe they’re perfect just for showing up,

We’re seeing an increase in narcissistic individuals and women/men who have feelings of inferiority when faced with ‘real world’ experiences they’ve never encountered.

Having said that, these tendencies (and narcissism) are something any woman (or man), of any age, can exhibit

How Narcissism Rears Its Ugly Head In Relationships

There is a substantial number of ways in which narcissistic traits can present themselves, as well as to what degree they have negative impact on a relationship, and occasionally in my articles I discuss those.

In fact, I wrote a recent article on the ‘sexual narcissist' and the five ways it can show up in the bedroom, including the narcissistic partner withholding sex & being more prone to cheating.

For this article, I want to discuss the miraculous web of manipulation & confusion that a person with NPD traits can spin.

For me, looking back, one of the first things that registered to me each time I found myself with a man (or female friend) with NPD traits, was that I “wasn't understanding” or I “didn't know where they were coming from” in their opinion.

I would quickly find myself thinking, or telling someone, “they just can't be reasoned with”…

How A Narcissist Nearly Ruined My Own Life

Let me use this personal example:

Back around 2004-2005, I met an artsy renaissance type man named Foley, who was classy, articulate, worldly, in great physical shape, dressed exceptionally well, sexually amorous, and had made his passions his work.

He was a well-known painter with a studio on his land where fellow artists (all women) came for instruction and to paint, daily.

We enjoyed each other’s company, attended theater events together, had a shared interest in many genres of music, danced tango together, regularly enjoyed dinner at exceptional restaurants, and had what probably seemed like the perfect bond to most.

Early on, he expressed his desire for me to assist him with his business, help with the marketing of his studio and artwork in various galleries, and to build him a website, etc.

But, very quickly, something became extremely clear to me:

It Doesn't End There…

He spun magnificent webs, convincing himself why his clients, time, and work were more important than mine (keep in mind I was running my own developed, demanding business).

If I attempted to try and explain to him that I needed more time for my business (instead of running his errands and taking care of issues he didn’t want to take responsibility for), and that I needed to be investing my money into my business, not his, he accused me of not believing in him and would call me a fraud.

And this was a completely regular, normal event. Often he’d degrade my work, and then inform me that he “only” said whatever he had said because I didn’t support him in his business, no matter how many thousands of dollars, or hours of time, or compliments, I gave him.

Those with narcissistic tendencies are masters at making themselves the victim, as well as manipulating and spinning these complex webs, so you’re soon confused and bewildered, even questioning if you’re really the one at fault.

How To Screen a Woman For Narcissistic Personality Disorder

When dating and screening a potential partner, you want to see her level of being able to “reason” with you:

1) Is she overly sensitive to any self-perceived insult, or does she have an inability to accept constructive criticism? (Most often becoming extremely emotional and blaming you, or whoever, one way or the other.)

2) Does she ignore your needs & accomplishments, or is she unappreciative of your ideas, suggestions or gifts? Is it all ‘me, me, me' for her?

3) Is her work, friends, family, stories, etc., always a priority? (With Foley, he told longwinded stories of how intellectual his ancestors were and how well-to-do his family was, and even frequently told stories about the prestige & money his ex-wife’s family had, but on two occasions he referred to my relatives as “casserole-eating peasants”)

Some Parting Words on Narcissists During a Divorce

Narcissists become particularly shameless during a divorce. They accuse the other spouse of neglecting the children when the reverse is true. They hide their assets long before the formal divorce proceedings begin. And they lie about their net worth so they don't have to part with alimony or child support.

Some narcissists, both male and female, abandon their families all together and start new lives with more attractive, adoring and compliant partners. Leaving the previous spouse and children in a state of financial and psychological chaos is of no consequence to them. Many narcissists repeat these egregious patterns of behavior throughout their lives without shame or regret.”

That's why it's so important to identify narcissists as quickly as possible: if you keep on thinking “it's not that bad,” ignoring the warning signs, and otherwise trying to “make it work”…

Over the long haul, things will only become that much worse!

So if you can identify the warning signs I've provided early on, and move away from dating these narcissists and toward having solid relationships with healthier, more well-adjusted women, you'll be far better off going forward.

Trust me, I know.

How To Spot the Signs She’s Truly Interested In YOU…

There’s no denying that there are a lot of narcissistic women out there… and many of them are good at hiding it.

So when you see a woman you’re interested in…

How do you know if she’s a selfish narcissist, or if she’s a woman worth pursuing?

In my experience, it’s best to look for

Because if you see her do these 3 things around you, it means she has a TRUE desire to get to know you…

And that she’ll be eager to please you, in life and in bed…

Basically, it means that she’ll bend over backward to make you happy (and never the other way around).

And as this short, free guide will show you, there are a LOT more of these “interested women” out there than you may realize:

What She REALLY Means When She Says She “Only Dates Tall Guys” (And How to Sleep...

How I Realized Being a Pickup Artist Was Really Weird

How to strengthen your LDR during COVID-19

Thinking of Giving up on Love? 16 Experts Share Their Advice