5 Bollywood sequels to look forward to in 2021 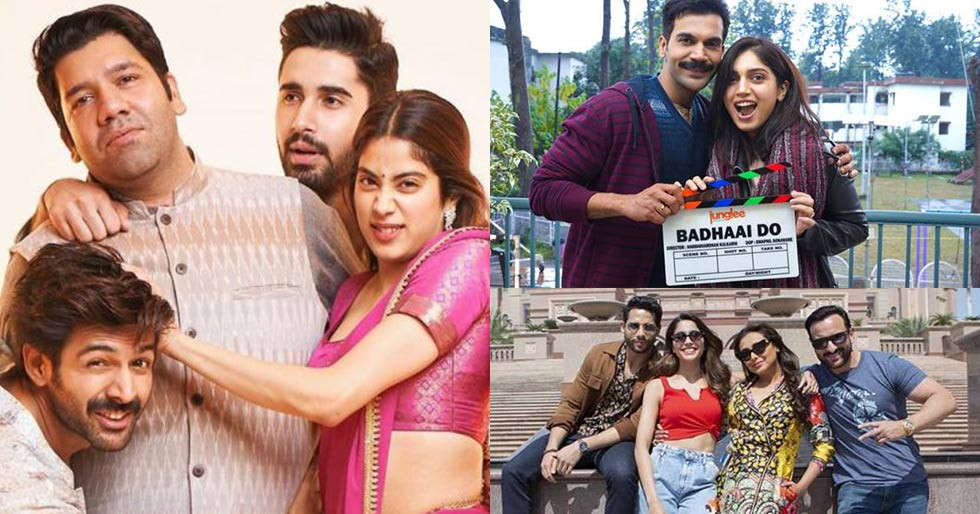 Bollywood has had a tough time all through the pandemic. With theatres being shut and every movie release being postponed, the wait has been long for moviegoers and cinephiles. However, with the theatres opening up, all those sequels have come up with new dates of their release and we can’t keep calm. As we wait for final confirmation on the release dates for a few of them, here is a list of the top 5 most awaited Bollywood sequels to look forward to this year.

We still remember a sizzling hot Priyanka Chopra and two extremely dapper actors – John Abraham and Abhishek Bachchan taking us on a fun ride of love and friendship in Tarun Mansukhani’s Dostana that had released back in 2008. It is no wonder that we can’t keep calm for the sequel to come out pretty soon that will be helmed by Collin D’Cunha and has Kartik Aryan, Jahnvi Kapoor, and Lakshya in the lead cast who is debuting with this film. Given how popular the first film was, the expectation is high from this one too.

Akshay Kumar and Vidya Balan had stolen our hearts in the first film of this franchise. This psychological m thriller was a gripping tale throughout and did extremely well at the box office too. The sequel has Kartik Aryan, Tabu, and Kiara Advani in the lead. Seems like Kartik Aryan is on a roll with the kind of lineup he has for himself as everyone is getting back to their normal schedule. Hopefully, this sequel will be as successful as the first one.

Even though the first part of the sequel had Rani Mukherji, Abhishek Bachchan in the lead, and Amitabh Bachchan in a pivotal role, it seems like the sequel has a fresh cast and has retained only Rani from the previous installment. The sequel has newbie Sharvari Wagh and Gully boy fame Siddhant Chaturvedi joining in for the mad ride. Rani Mukherjee has been paired opposite Saif Ali Khan in this upcoming sequel

Ayushmann Khurrana was on a winning streak back in 2018, Badhaai Ho also had actors like Neena Gupta, Gajraj Rao and Sanya Malhotra in it was an unconventional love story and was a sweeping hit. It is because of the success of the film that the deciders decided to come back with a sequel. This time the sequel has Bhumi Pednekar and Rajkummar Rao in the lead and is hopefully going to spill the same magic that the last one did.

The first installment had John Abraham in the lead role, playing the character of Virendra Rathod. He is all set to reprise his role in the sequel and fans are extremely excited to see him again. The first film had done extremely well. Fans have high expectations as they wait for the film to release soon in theatres as they get to experience his terrific performance once again in the sequel.

Elton John’s Friends Worried He Only Has Months To Live?

Heres what Iulia Vantur has to say about her wedding rumours...

Did Jennifer Aniston And Lady Gaga Really 'Fight' Over...

Varun Dhawan reveals what kind of songs he likes while...