600,000 companies fear they are collapsing into insolvency 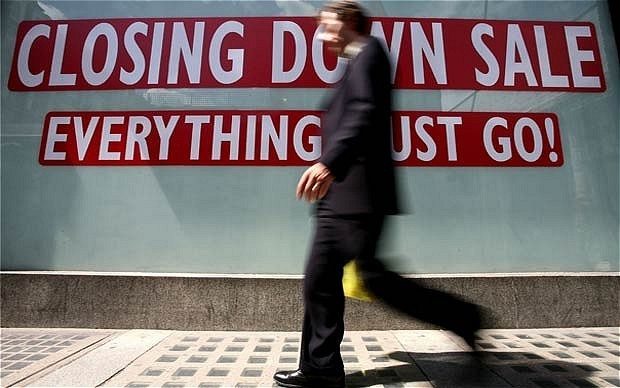 Almost 600,000 businesses face the threat of collapsing into insolvency because of the turmoil caused by the lockdown, a survey has suggested.

In a poll of 500 companies, 10 per cent said that they were at high risk of becoming insolvent as a result of the disruption caused by the coronavirus pandemic. That equates to 591,000 businesses in the UK, according to Opinium, a research company, and the Centre for Economics and Business Research, which carried out the survey.

About 1.1 million companies would fail if the lockdown was extended for a further three months, the research suggested.

The findings lay bare the problems companies face operating under the social distancing measures that the government implemented in March to tackle the spread of Covid-19. The shutdown is pushing the economy into a sharp downturn that has forced ministers to pursue extraordinary measures to keep businesses afloat. These include loans with either partial or full state-guarantees for lenders and a job retention scheme that has resulted in the government subsidising the wages of millions of workers who have been put on furlough.

The crisis could cause long-lasting damage to the economy. The survey, which is intended to be carried out fortnightly, found that one in six companies would take at least a year to recover from pandemic.

The research suggested that 257,000 firms would fail if the lockdown continued for another month. Ministers are under increasing pressure to begin to ease the restrictions that have been placed on businesses.

Read more:
600,000 companies fear they are collapsing into insolvency

Nearly a quarter of British employees furloughed in last fortnight

Bella Italia and Cafe Rouge to appoint administrators with...

Business Innovation In A Pandemic: Compete With Those You...

How Do The Biggest Internet Companies Make Money