7 Years On – What We Know About The Disappearance Of MH370

The disappearance of Malaysia Airlines flight MH370 is one of the greatest aviation mysteries of our time. On… 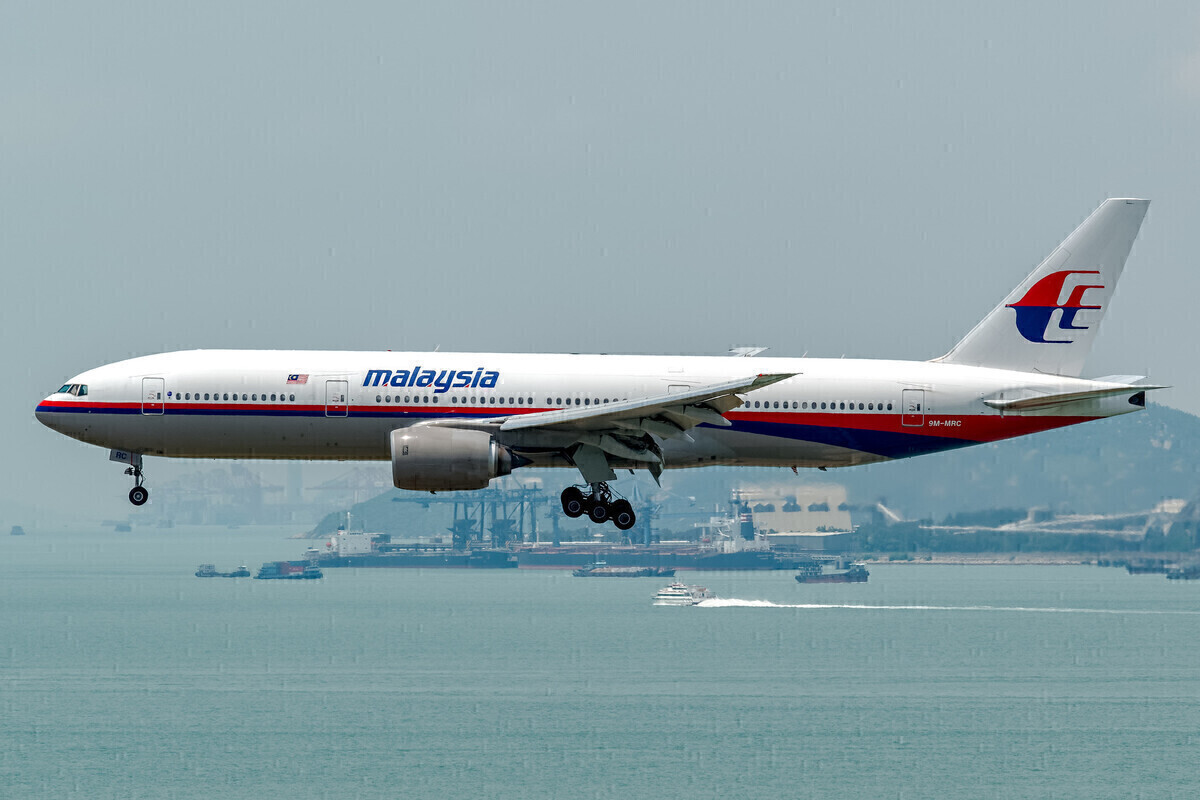 The disappearance of Malaysia Airlines flight MH370 is one of the greatest aviation mysteries of our time. On March 8th, 2014, a Boeing 777 flying from Kuala Lumpur to Beijing disappeared from radar screens, having deviated from its planned course. The aircraft is still yet to be found, but what exactly do we know about this curious incident seven years later?

The flight and aircraft involved

The aircraft that operated MH370 on March 8th, 2014 was a Boeing 777-200ER, which bore the registration 9M-MRO. According to Planespotters.net, this triple-seven had spent its entire working life with the airline, having been delivered in May 2002.

This made it just under 12 years old at the time of its disappearance. Having initially sported a three-class, 278-seat cabin, Malaysia Airlines reconfigured 9M-MRO in September 2006. After this, it held 282 passengers across two classes.

Two minutes later, the flight disappeared from ATC radar, which suggested that its transponder had ceased to function. However, Malaysian military radar was able to continue tracking MH370 and noted that, very shortly afterward, it made a left turn to the southwest.

Having continued in a southwesterly direction over Penang Island, the aircraft then made a right turn to follow a northwesterly heading. At this time, First Officer Fariq Abdul Hamid’s mobile phone briefly registered with a communications tower below.

This turn took it out over the Andaman Sea, west of Malaysia and Thailand, and north of Indonesia. Having flown northwest for around 370 km (200 NM) with no further communications from the aircraft, MH370 disappeared from Malaysian military radar at 02:22.

Extensive search and rescue efforts followed, both immediately after the disappearance and in the longer term. Despite these campaigns, 9M-MRO and its occupants are still yet to be found. Since then, various pieces of debris have been found in locations on the Indian Ocean.

For example, 2015 and 2016 saw aircraft flaps wash up on beaches in Réunion Island, Tanzania, and Mauritius. All of these were later declared to be genuine parts from 9M-MRO. Last October, a further piece of wreckage washed up on Australian shores, reigniting discourses surrounding the disappearance. However, this debris was deemed unlikely to have come from MH370.

What little of the aircraft has been found seems to hint fairly clearly that it crashed in the ocean and broke apart on impact. However, this still leaves a raft of questions unanswered. For example, where did the aircraft come down?

While Réunion, Tanzania, and Mauritius are all located in the west of the Indian Ocean, the area between them still gives an enormous radius in which to search for what remains of 9M-MRO. Will it ever be found?

Why did MH370 disappear?

Then we must consider what caused the aircraft to disappear. A sudden change of course tends to be the hallmark of a hijacking, so this is a theory commonly associated with MH370’s disappearance. Meanwhile, former Australian Prime Minister Tony Abbott has hypothesized that 9M-MRO was brought down by one of its own pilots in a case of murder-suicide.

Even today, little is know about the curious disappearance of flight MH370. A report released in 2018 was unable to offer anything more conclusive than the fact that ATC should have made more communication attempts after the flight disappeared from the radar.

One can only hope that the mystery can be solved sooner rather than later, to give the families of those onboard some much-needed and long-awaited closure.

Atlanta To Fort Lauderdale Comes Out Top Of 222 Spirit Routes

Lufthansa Board Approves Giving Up Slots For A Bailout