After Avery asked for her own hotel room on 90 Day Fiancé, some fans believe Ash used the opportunity to spend the night with his ex-wife Sian. 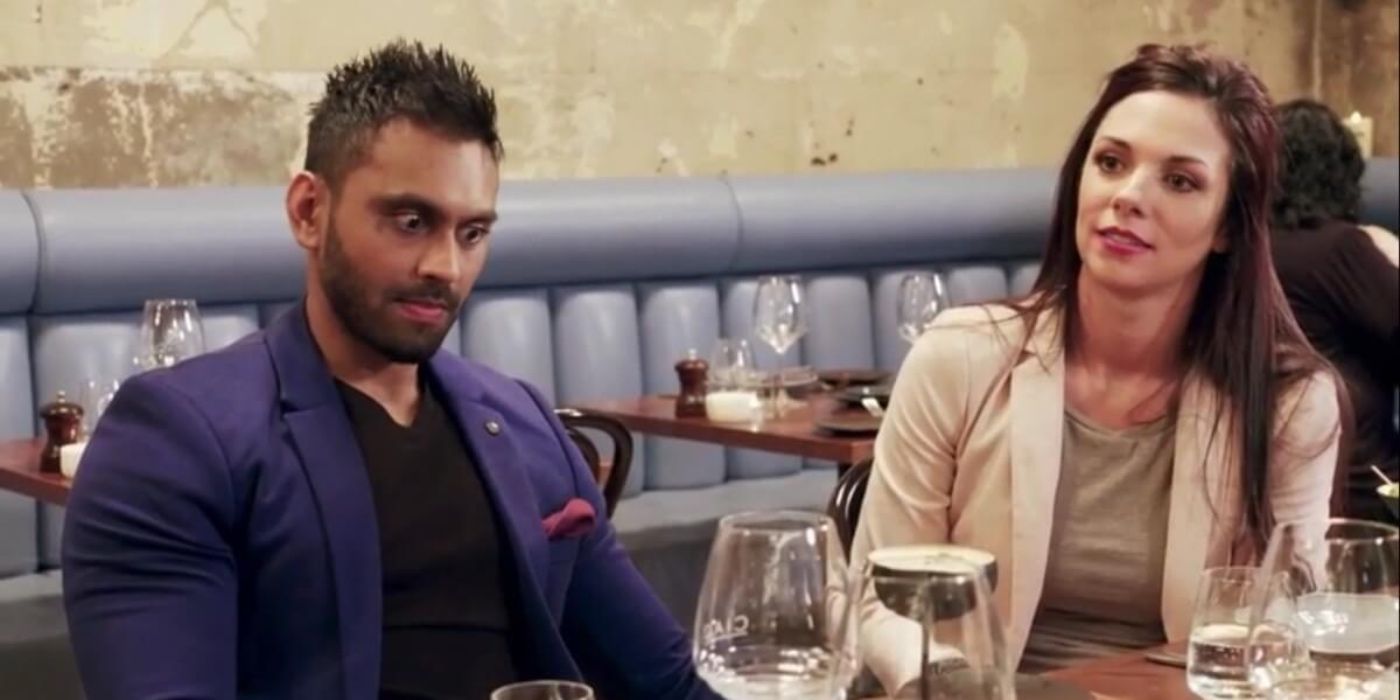 A new 90 Day Fiancé: Before the 90 Days fan theory suggests that Ash Naeck stayed with his ex-wife Sian before introducing her to girlfriend Avery Warner. When Avery asked for her own room, Ash vaguely explained that he chose to stay at a different hotel. But some fans believe that Ash actually stayed with, and potentially slept with, his ex-wife that night.

Seattle-based Avery made the long journey to Melbourne, Australia to meet her boyfriend Ash on this season of 90 Day Fiancé: Before the 90 Days. Although the couple clearly has chemistry, they've faced their fair share of difficulties. They recently got into a blow-up fight after Ash made sexist comments during his relationship seminar. Ash and Avery didn't really come to an understanding, but they chose to move forward and continue with their plans for Avery to meet Ash's ex-wife, Sian, and son, Taj. Since she was still recovering from their argument, Avery asked to have her own hotel room for the trip. Ash begrudgingly agreed, though he clearly wasn't happy about the situation. When they arrived at the hotel, Ash gave Avery a hug goodbye at the car and explained that he was going to see Taj. When Avery woke up in the morning, she took a taxi to Sian's house, where Ash was already waiting for her. Ash then vaguely explained that he stayed at a different hotel, which is why he decided to meet Avery at the house.

Related: 90 Day Fiancé: Before the 90 Days Is Full of Ungrateful Americans

Some Fiancé fans aren't buying that Ash stayed in an entirely different hotel, instead of simply staying in a different room to give Avery her space. Instead, a theory posted on Reddit posited that Ash actually stayed at Sian's. One commenter even pointed out that Ash had given himself away by telling Avery that he was going to see Taj the night before. Where was Taj? At Sian's house, of course. The theory also explained why Ash arrived before Avery in the morning, rather than meeting her at her hotel and heading to Sian's together. Another Redditor put forward the idea that Ash didn't just stay at Sian's, but he also took the opportunity to hook up with his ex-wife. When one commenter wrote that Ash could stay at Sian's without anything intimate happening, another responded, "Then why lie?"

Ash's odd behavior on the morning that Avery came to meet Sian isn't the only red flag. Before Avery arrived, Ash told her that he and Sian had been separated for years. When Avery sat down to chat with Sian, however, she learned that Sian and Ash officially divorced only a year earlier, though they had been separated for a long time. Although Ash didn't directly lie, he certainly didn't state the full truth. This realization was coupled with Sian's admission that she had no interest in sending Taj to America with Ash. In fact, she didn't even think that Ash should go to America at all. That information was in direct contradiction to what Ash told Avery. When Avery asked if Sian would allow Taj to come to America, Ash stated that he felt hopeful she would concede.

Ash's tendency to tell Avery what she wants to hear in hopes of avoiding a fight has been the main point of tension in their relationship. Avery worried that Ash wasn't telling her the full truth, and she now has clear evidence that he twisted reality in his favor. Since he's known for omitting information that might upset his girlfriend, it's entirely possible that he spent the night with his ex-wife and chose not to mention it to Avery. Either way, this couple certainly has more issues looming in the final episode of 90 Day Fiancé: Before the 90 Days.

Next: 90 Day Fiancé: All Of Stephanie's Red Flags Since She's Been With Erika