90 Day Fiancé's Nicole Nafziger and Azan Tefou have often argued about her being lazy. Here's a look at Nicole's weight loss journey from 2018-2020. 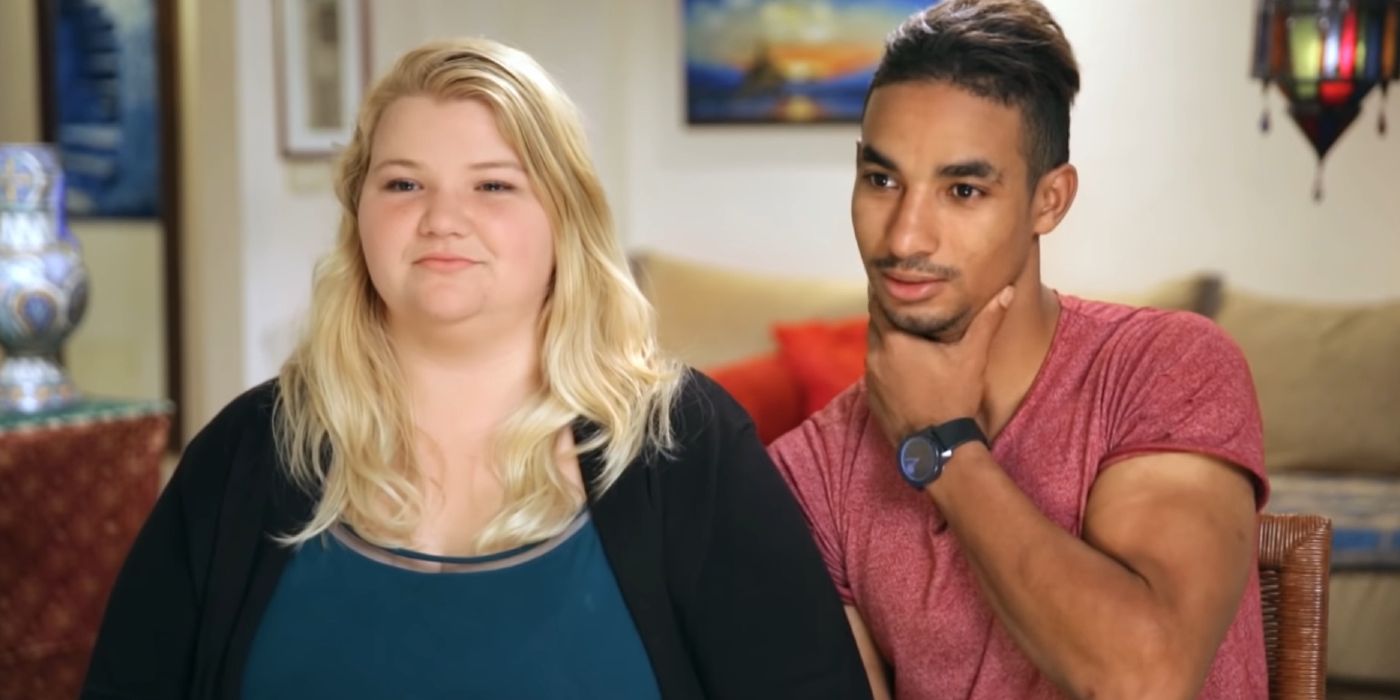 Nicole Nafziger and Azan Tefou’s long-distance love on 90 Day Fiancé still surprises all. Infidelity, money problems, and the usual cultural clashes- this season 4 TLC couple has been there and experienced that. But there was also a time when after meeting Nicole for the first time, Azan had called Nicole, “big, a little bit.” Since 2016, the 90 Day Fiancé fan-favorite Nicole has wowed everyone with her massive weight loss. As Nicole and Yazan (a.k.a. Hassan M’Raouni)  try to get married the third time, here’s a look at her weight loss journey.

When fans saw Nicole and Azan for the first time on season 4, they could tell the Morrocan man was in it for a green card. Nicole, 26, a single mother had gone against her family’s wishes to be with Azan, 29, in his city, Agadir. The TLC pair extended their dramatic lives into the 90 Day Fiancé: Happily Ever After? spin-off as Nicole sought out to get Azan a spousal visa. But with two almost marriages, the couple has managed to somehow skate through amid their visible differences. Azan, a gym-freak was seen taking Nicole to the gym on the show, after telling her multiple times, “to change,” and “go to the gym and be healthy.” He’d openly called Nicole “lazy” and then admitted to being attracted to her, “but just like 55 percent.” Surprisingly, all through the years, reality TV viewers started noticing small changes in Nicole’s physique. Now that the 90 Day Fiancé couple is planning to return again to the franchise, Nicole seems to be flaunting her weight loss journey on social media again. But is it headed anywhere?

Nicole had confessed on 90 Day Fiancé, “I don’t think I want to change myself for a man to love me.” The Bradenton, FL resident added, “He should love me for who I am.” Still, Nicole did take the long way home to a healthy transformation and is inspiring her Instagram followers with weight loss tips, meal preps, and fitness products. In March 2017, Nicole first announced, “I want to better myself and my body and I’m so happy I found a way that is working for me,” with an Instagram selfie. The TLC star had opted for the low carb-life with a Keto diet and soon started sharing pictures of her meals on for a two-week challenge which got her to lose 13 pounds!

The former Starbucks barista flaunted her new workout outfits regularly on Instagram while her followers kept her motivated. Soon, a visibly slimmer version of Nicole is what a few of their admirers started noticing on their screens. By October 2018, Nicole started another weight-loss challenge called Fat Girl Fed Up’s  and promise her 90 Day Fiancé audience that she was “ready for a change.” The challenge involved her starting a bet on its app in December 2018 where “you bet $30 on yourself to lose 4% of your weight in 4 weeks,” as per Nicole.

The 90 Day Fiancé star revealed that it wasn’t really Azan but her father who was “the original motivation to start her weight loss journey.” Nicole promoted her “Nicole’s Healthy December Dietbet” heavily and she currently has 93 players who’ve pooled in for her challenge.

“Exercise is a celebration of what your body can do, not a punishment for what you are,” Nicole had captioned one of her Fitbit selfies where she’d burned 457 calories as. Her current 665k followers also have many fitness brands partnering with the 90 Day Fiancé star, from detox diet teas like Teami to weight loss shot drinks like BoomBod and subscription services like Fab Fit Fun. However, fans think that Nicole hasn’t really done much weight loss progress, apart from the paid brand endorsements.

On a post where Nicole was talking about her being stuck in Morrocco with Azan for five months due to coronavirus was actually good for her hair, a fan asked, “where’s your weight loss progress?” The 90 Day Fiancé star replied with a kissing emoji saying, “Right now it’s hair growth progress.” Nicole’s comments section on Instagram in 2020 is filled with critics asking her things like, “why did you stop trying to lose weight?” and, "Let's be real. She looks the same." Seems like as she readies herself for baby number two and a return to 90 Day Fiancé, Nicole has gone back to her original mantra of being happy in her own skin. With Azan’s chances of coming to the USA being slimmer than ever, his ultimatum of “If that (going to the gym) doesn’t happen, then I’m not going to America,” surely must not be holding any weight.

90 Day Fiancé: Happily Ever After? airs Sundays at 8pm ET on TLC.