A Look Back: American Airlines’ History With Boeing Aircraft

American Airlines has had a long history of flying Boeing aircraft. The carrier traces its roots all the… 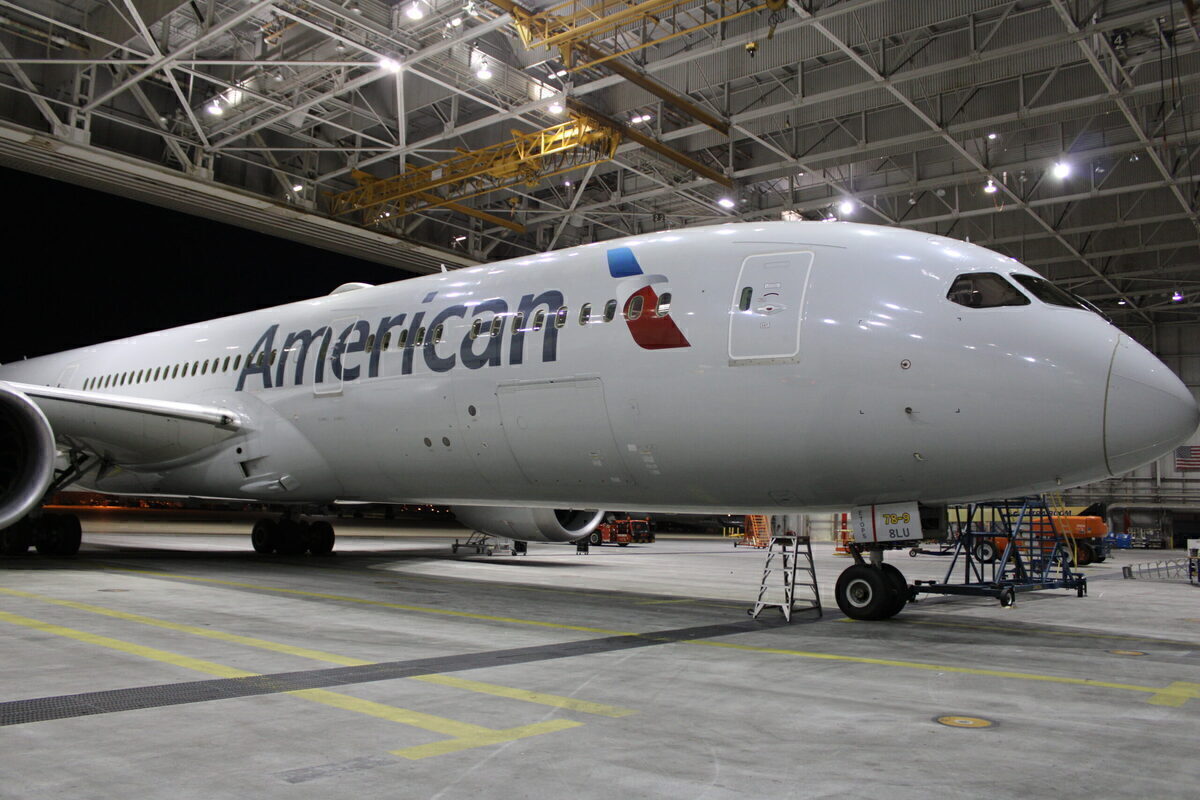 American Airlines has had a long history of flying Boeing aircraft. The carrier traces its roots all the way back to 1926 when Charles Lindbergh flew the first American Airlines flight carrying US mail from St. Louis to Chicago. After starting with Douglas aircraft, once the jet age came around, the airline began its long history with Boeing. Here is a look back at American’s past fleet operations.

In January 2021, American celebrated 62 years since it flew its first Boeing 707. Flown on a transcontinental route, it was Boeing’s first commercial jetliner.

On this day in 1959, our Boeing 707 made the first scheduled nonstop transcontinental U.S. jet flight by any airline, traveling from Los Angeles to New York. pic.twitter.com/w64CUgHDqz

However, the Boeing 707s were not the only Boeing jet aircraft American flew during the same time.

The Boeing 727 allowed American Airlines to further its domestic connections and serve smaller airports and destinations that other jet aircraft like the Boeing 707 could not access. The plane could perform a variety of missions ranging from short-haul commuter flights to medium-haul prestige routes.

American Airlines was one of the early airlines to fly the Boeing 747. However, it only flew the earlier models of the aircraft. Through the 1970s and mid-1980s, American flew a total of 18 Boeing 747s, mostly of the -100 variant.

In the later 1980s and through the mid-1990s, American flew two Boeing 747SPs, according to data from Planespotters.net. The airline has not flown a Boeing 747 since.

American Airlines shied away from newer generations of the large widebody jet. The airline focused on smaller aircraft it could more easily fill and, later, twinjets that were more economical.

Next up chronologically is the Boeing 767. The airline took its first 767 in 1982. It would fly the aircraft well into the 2000s on a variety of missions. The airline also briefly operated some Boeing 767-200s after its merger with US Airways, which still flew some of the 767-200s.

The 767 type that stayed the longest in American’s fleet was the Boeing 767-300ER. American took its first of the type in 1988 and flew them through 2020 when it retired the jets because of the crisis.

The Boeing 767-300ERs were, in recent years, used by American on some leisure-focused expansions. The plane flew down to Cordoba in Argentina before American axed the route and plenty of transatlantic jaunts.

Now the backbone of American’s narrowbody fleet, the Boeing 737 first entered American’s fleet indirectly. When American Airlines merged with AirCal in 1987 to gain a better presence in the western US, particularly on the West Coast, the airline also acquired the AirCal fleet of Boeing 737 aircraft.

Data from Planespotters.net shows that American received its first Boeing 737s as part of the merger with AirCal in July of 1987. Additional aircraft joined the airline’s fleet in 1988 and some in 1989.

American decided to move away from the Boeing 737s in the early 1990s and most of its Boeing 737s, including some of the -300s it acquired, found homes elsewhere. Some even went to rival carrier Southwest Airlines, which is also a noted Boeing 737 carrier.

While American briefly flew some Boeing 737-400s after merging with US Airways, the airline quickly moved to do away with those older jets to focus on newer Boeing 737 aircraft.

In 2011, American Airlines placed an order for 200 Boeing 737 aircraft, including 100 of the yet-to-be-released evolution of the Boeing 737 Next Generation, which ultimately became known as the 737 MAX. American currently expects to fly a total of 100 MAX aircraft when its order backlog is filled, in addition to an active fleet of 282 Boeing 737-800s as of early 2021.

The Boeing 757 was one of the most important types in American’s history. The airline flew a total of 177 of them in its history, according to Planespotters.net. Comprised entirely of the -200 variant, the first Boeing 757 entered American’s fleet in 1989.

The Boeing 757s were narrowbody aircraft that held a lot of importance for American Airlines. While the planes made up much of the airline’s domestic backbone, the jet also found purpose flying routes to Hawaii, transatlantic routes, and some Latin American services.

The 757s left American’s fleet in 2020 after 31 venerable years of operations. The Boeing 757 was one of the fleets that survived the merger between US Airways and American Airlines, with the 737-400s and 767-200s retired quickly after the merger.

American Airlines took its first Boeing 777 in 1999. The first jets to join American’s fleet were 777-200ERs, and they are still flying with the airline today. American currently flies 47 Boeing 777-200ERs.

These aircraft fulfill missions for American across the US, Latin America, Asia, and Europe. For many years, the 777-200ERs were one of the backbones of American’s widebody fleet.

In 2012, American augmented its Boeing 777 fleet after taking its first of the 777-300ER. A larger version of the Boeing 777, the -300ER is one of American’s flagship aircraft and flies its most prestigious routes, such as from the US to London.

American flies 20 Boeing 777-300ERs, taking its overall 777 fleet to 67 aircraft. Some of these aircraft are approaching retirement age, and some will exit the airline’s fleet through the mid and late 2020s as the airline takes on more of another Boeing widebody.

American never placed an order for the small aircraft, nor did it ever have a lot of interest in flying these jets. According to a filing from American from 2002, the airline flew 30 Boeing 717s that came to the airline after a merger with TWA.

These Boeing 717s later found a home with AirTran Airways. After AirTran merged with Southwest Airlines, the newly combined airline only wanted to fly Boeing 737 aircraft. Lucky for them, Delta Air Lines was in the market for a small narrowbody aircraft, and it decided to take on all of the former AirTran 717s in Southwest’s fleet.

So, American’s short-lived Boeing 717 fleet ended up flying for Delta, though some aircraft also went down to Australia with Qantas, according to data from Planespotters.net.

In 2009, American firmed an order with Boeing for 42 Boeing 787 aircraft. In early 2015, American welcomed its first Boeing 787 Dreamliner to the fleet. That plane, a Boeing 787-8 registered as N800AN, marked the start of the future of a transformed American Airlines post-merger with US Airways.

Since then, the Boeing 787 has become a significant part of American’s fleet and route plans. Flying both the 787-8 and the 787-9, American loved these planes so much that, in 2018, the airline expanded its order book.

In April 2018, American placed an order for 47 Boeing 787 aircraft. Consisting of 22 787-8s and 25 787-9s, these aircraft marked the start of American’s fleet transition period. The 787s would allow the airline to retire all of its Boeing 767s and Airbus A330s. And, as later deliveries come around, American planned to replace older 777-200s with newer, more fuel-efficient 787s.

Which Boeing plane that American has flown is your favorite? Let us know in the comments!

Will We Ever See Another Plane With 2 Passenger Decks?

How Hollywood Burbank Airport Will Benefit From Avelo Airlines