A Rich White Guy Explains the Utopian Aspects of Cryptocurrency

The burgeoning world of blockchain technology and decentralized currencies offers me, a rich white guy, a utopian future. On the blockchain, with no oversight or centralized regulation,  we – and by we, I mean me and the other rich white guys – can finally break free of the traditional capitalist system of the past, one that we generally created, benefited […] The post A Rich White Guy Explains the Utopian Aspects of Cryptocurrency appeared first on Robot Butt. 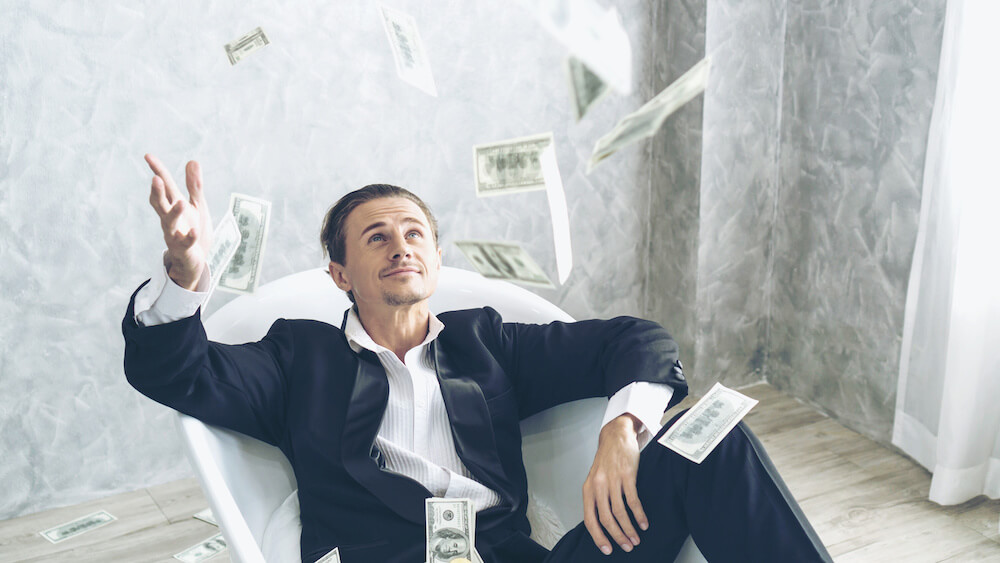 The burgeoning world of blockchain technology and decentralized currencies offers me, a rich white guy, a utopian future. On the blockchain, with no oversight or centralized regulation,  we – and by we, I mean me and the other rich white guys – can finally break free of the traditional capitalist system of the past, one that we generally created, benefited from, and often worked in without oversight or centralized regulation.

Cryptocurrency is in this way a new frontier of opportunity for me, and mostly guys like me, to create a more equitable world. If I happen to become a whale or go lambo (getting even richer), that’s not really the point, though I won’t complain. It’s about creating a better world – decentralized and egalitarian, at least for us men.

And that world can be beautiful, with NFTs of great works of art, music, and a reimagined Mona Lisa with Trump’s head and toilet paper. All of this enriches our crypto-topia while enriching us white guys, which is just a side-effect of building an ideal world and not at all the main goal, lambo aside.

Those who may mock the flood of wealthy American men entering the blockchain, pointing out the exclusion of women and minorities, are simply ignorant of the ways in which expendable wealth ramps up the value of groundbreaking innovation, like virtual basketball cards and memes with Elon Musk’s face. With Fortune 500 companies like Tesla heavily investing in these projects, the utopian potential of cryptocurrency is limitless, at least for a limited number of people.

But theoretically, anyone can join this economic revolution, as the huge spectrum of criminal involvement proves. You just have to do your research, learn the crypto-specific lingo (noobs will be trolled), and get in quick, because each cryptocurrency is strictly limited in amount. And paradise is just that much better with a reason to brag in a language most people don’t understand along with hired assassins and drugs.

With Musk already way ahead and other men in other countries competing against us, you’ve simply got to invest heavily while abandoning your FUD (fear, uncertainty, and doubt). After all, that’s why God invented trust funds. Also, with crypto-mining computers using small countries-worth of energy, it’s hard to say how long this ideal world might last given the environmental costs. But never mind that. To realize this utopian dream, you have to be willing to take a risk, even if it’s at the expense of your grandpa’s money or the planet.

And really, white men could use a break like this right now! We can’t just be known for mass shootings, the royal family, and Matt Gaetz. With this crypto-world of idyllic possibility, we can finally be seen as the principled heroes we have always been in our own minds! Not that it matters, but we can also get much, much richer!

Fox News makes editorial decision not to focus on Kamala...