Adam Sandler Wants To Make A ‘Sandlerverse’ For His Original Characters 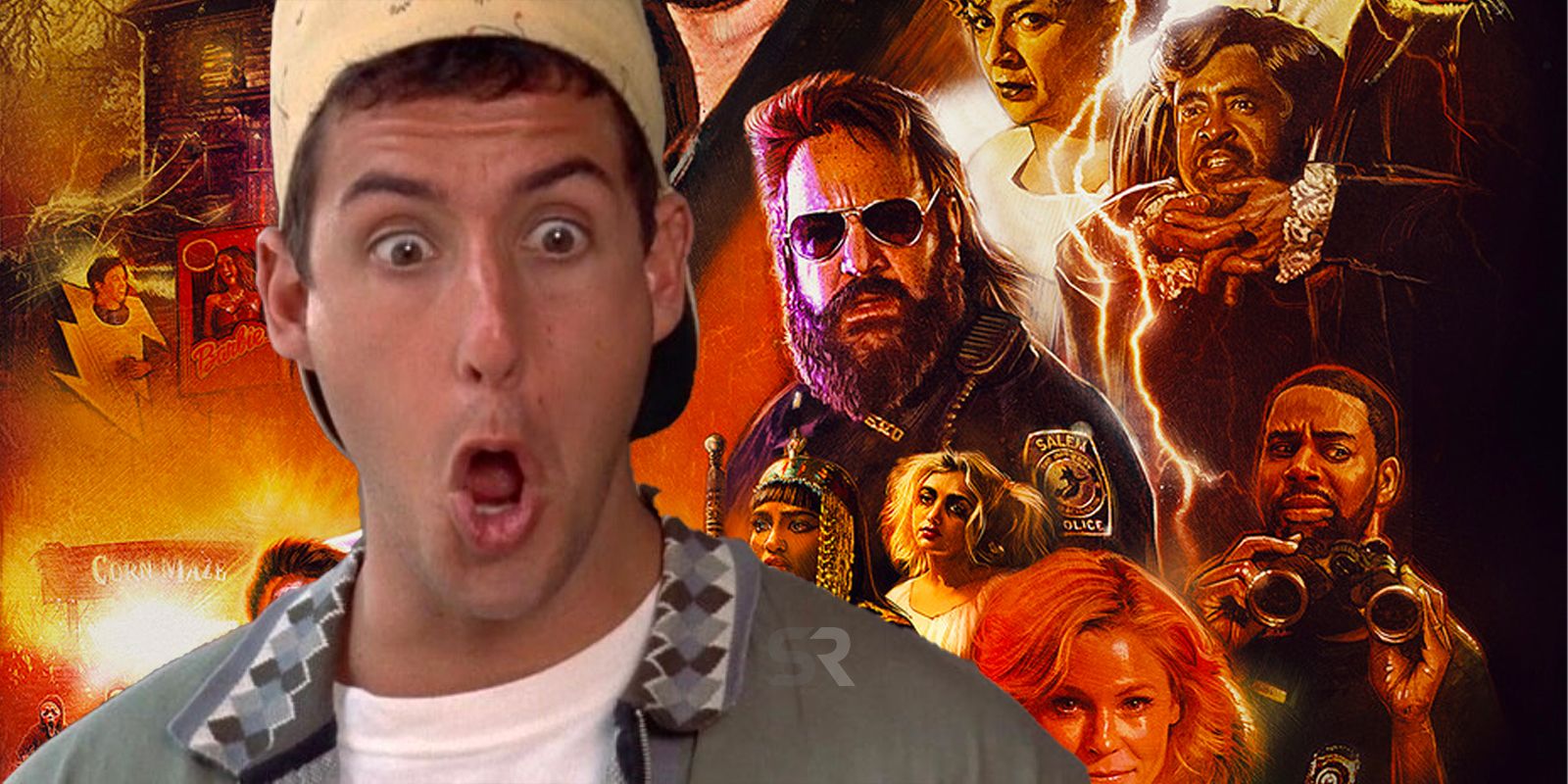 Warning: Spoilers ahead for Hubie Halloween!

Adam Sandler recently said he'd like to create a "Sandlerverse" featuring the most beloved original characters from his film career. Sandler has been among the most bankable comedy stars of the last 25 years, a run that essentially started with Billy Madison and continues to this day. He cashed in huge on that stardom in 2014 when he inked a $250 million four-picture deal with Netflix that began with , which the company said was one of their most-watched original films ever. The partnership was so successful that Netflix agreed to finance four more movies starring America's favorite man-child.

Sandler's latest Netflix film is Hubie Halloween, a comedy-horror film directed by Steven Brill and co-written by Sandler and fellow SNL alum Tim Herlihy. The movie centers on Hubie Dubois, an easily frightened deli worker in Salem, Massachusetts, who moonlights as the town's Halloween Helper to ensure everyone celebrates Halloween safely. Hubie must eventually step up to save the town as fellow citizens start to go missing. Hubie Halloween features Kevin James, Maya Rudolph, Rob Schneider, and many more familiar faces from Sandler's previous movies, some of whom actually reprise or pay homage to their characters from those movies.

In an interview with Yahoo! Entertainment, Sandler said bringing these fan-favorite characters back into the fold was intentional. In fact, he explained he'd eventually like to create an Avengers-style "Sandlerverse" movie where all of his different characters come together onscreen. Here's what Sandler humorously said about the potential project:

I'd like that. I just got to get mentally ready for that. That'll probably happen in about maybe another 35 years, but we're gonna get to that.

Sandler admitted that the Hubie Dubois character is a direct nod to Bobby Boucher, the stuttering water boy-turned-linebacker from his 1998 hit The Waterboy. Even Sandler's love interests in the two movies are in conversation: Fairuza Balk's character in The Waterboy is named Vicki Vallencourt, while Julie Bowen's character in Hubie Halloween is similarly named Violet Valentine. Other easter-egg characters in Hubie Halloween include O'Doyle from Billy Madison and Hal, Ben Stiller's cruel nursing home orderly from Happy Gilmore.

While Sandler often receives criticism for his movies' lowbrow humor, there's no denying his savviness when it comes to capitalizing on emerging Hollywood trends. Not only did he blaze a trail for mainstream comedies in the '90s and 2000s, but he also signed his mega-deal with Netflix well before the streamer became the cultural behemoth it is today. Now, it looks like his "Sandlerverse" could capitalize on the trend of extended universes that's been championed by the Marvel Cinematic Universe. Having characters cross over into different movies ensures Sandler will build out a new loyal audience for the Netflix generation as well as give a knowing wink to audiences who have been with him since the beginning.

Walking Dead: Where Hope Goes In World Beyond Episode 2 (& Why)