Yesterday, Aeromexico Cargo launched a new route between Mexico City International Airport and Wuhan-Tianhe International Airport in China. The unprecedented and uncontested route aims to take advantage of the economic boom that Wuhan has had in the last few years. Let’s investigate further.

Like many other airlines around the world, Aeromexico has seen a surge in cargo revenues. This segment has given the airline a niche opportunity to use its long-haul fleet. For instance, during 2021’s first quarter, Aeromexico had revenue of 1,150 billion pesos (US$58 million). That’s a 14% increase compared to one year ago.

China plays a key role in this market. Since the start of the pandemic, Aeromexico Cargo has made more than 235 cargo-only flights between China, Mexico, and 16 other countries. The airline has carried more than four tons of medical goods, according to the airline. With that in mind, Aeromexico is now officially launching its Mexico City-Wuhan route.

During the last year, the Mexican carrier has also operated a few eye-opening routes. For instance, almost a year ago, it ran its longest flight ever, connecting Shenzhen, China, and Mexico City nonstop.

“Wuhan represents an extraordinary opportunity for the transportation of goods between both countries. We will offer our clients more and better options for efficient and safe transport of their products.”

Aeromexico may be onto something. According to the Cirium database, there’s currently no connection (cargo or passenger) between Latin America and Wuhan, China. Aeromexico will serve as the only carrier making an airbridge.

Aeromexico will use its Boeing 787-9 Dreamliner fleet for its Mexico City-Wuhan connection. The carrier currently has ten 787-9 and expects to receive four more. Aeromexico can carry more than 30 tons of cargo on this type of aircraft.

What’s been going on lately with Aeromexico?

Capacity-wise, Aeromexico continues to struggle. While low-cost competitors Viva Aerobus and Volaris already are carrying more passengers than its pre-pandemic levels, Aeromexico is a little bit behind.

In April, Aeromexico transported 1.204 million passengers, a 28.6% decrease compared to 2019. Domestically, the Mexican carrier was only 10.6% below its pre-pandemic travelers’ levels. Internationally, though, it remains at -59.3% due to heavy travel restrictions in many markets it serves.

What do you think about Aeromexico’s cargo efforts? Let us know in the comments.

American Airlines is launching a new range of amenity kits across selected international and premium transcontinental flights. The… 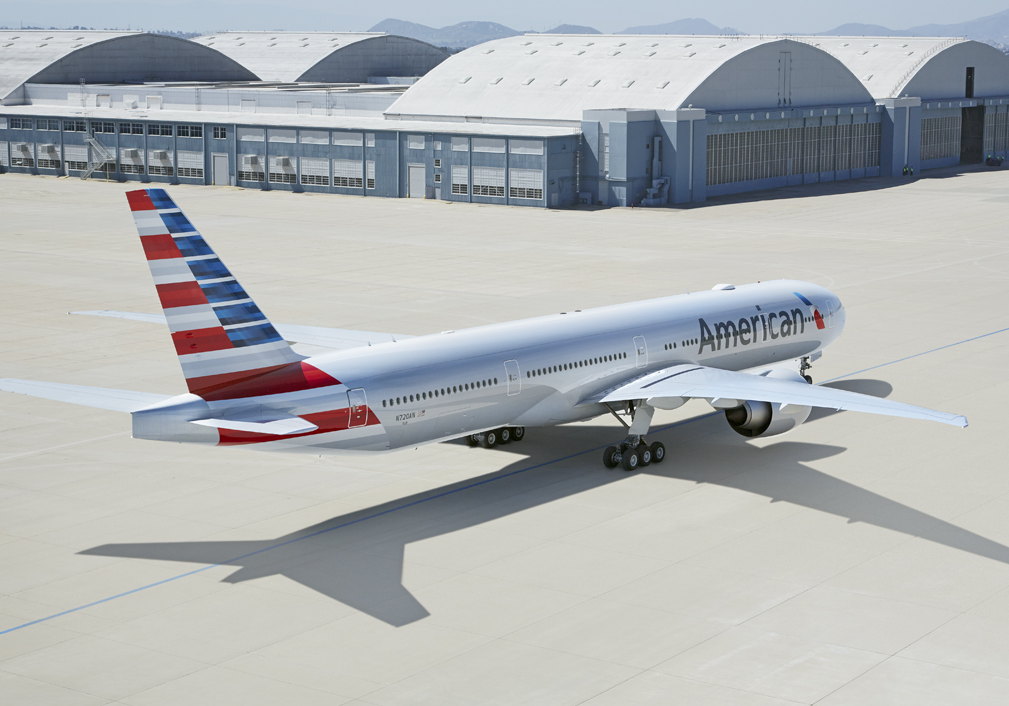 American Airlines is launching a new range of amenity kits across selected international and premium transcontinental flights. The amenity kit bags are designed by Shinola and stocked with goodies from D.S. & Durga. Passengers on some routes will see the new amenity kits this week. Others will have to wait until later in the northern summer.

“American Airlines is introducing new onboard amenity kits for premium cabin customers in partnership with Shinola and D.S. & Durga,” says American Airlines in a statement. Perhaps over-emphasizing the role an amenity kit plays in most passenger’s lives, the airline goes on to say;

“These thoughtful and creative partners will help keep memories of customers’ travels top of mind, even when customers aren’t flying 35,000 feet in the air.”

The new amenity kits will be available to passengers in Flagship First, Flagship Business, and premium economy classes on flights between the United States and London from this week. This includes American Airlines London-bound flights departing from Charlotte, Dallas/Fort Worth, Miami, Chicago, Los Angeles, New York Kennedy, and Seattle. The new kits will show up on other long-haul international and premium transcontinental flights throughout the summer.

Fancy a desk clock made from a former American Airlines MD-80?

Each clock dial is unique and bears small markings from the aircraft’s decades of service. Shinola is only making 1,000 of the clocks. American Airlines’ loyalists will be able to buy one with or without the airline’s vintage logo.

What is in the new American Airlines amenity kits?

What’s in the new amenity kits? Much of the product is standard, but helpfully so. Toothpaste, toothbrush, socks, and eye masks never go astray on a long flight. But the amenity kits will also include lip balms and lotions with scents made by New York-based perfumers D.S. & Durga.

American Airlines provides two samples of the scents. One is called Rose Atlantic. Apparently, it is inspired by “summers on the New England coast with aromas of wild rose and the salty sea.” But it is the Radio Bombay scent that sounds most interesting. D.S. & Durga says the scent channels “hot copper tubes warm the soft wood releasing the blooms of musk, cream, peach, ambrette, coco, and cedar distillates.”

If you’re an airline amenity kit collector, best book a flight. Doug Parker will welcome the business. If you want one of Shinola’s limited edition American Airlines desk clocks, head to Shinola’s website.

United Boeing 737 Returns To Houston Due To Engine Failure Written By Sheryl Wright / Reviewed By Ray Spotts Taking care of your body is more than just getting in a workout in the morning or eating a salad over lunch. Good physical health requires us to build smart habits related to our daily nutrition and exercise choices. Additionally, regular mental exercise and a spiritual focus can also extend our lives. Eat Small and Healthy Meals The British Medical Journal has published a long-term study that indicates that you can protect your heart by eating five servings of fruits and vegetables per day. Since a standard serving is about the size of a tennis ball, this is actually quite simple if you work at it each day. For example, you can enjoy an apple for part of your breakfast...

Companies in the Financial sector have received a lot of coverage today as analysts weigh in on Mastercard (MA – Research Report) and NorthWest Healthcare Properties REIT (NWHUF – Research Report). Mastercard (MA) RBC Capital analyst Daniel Perlin maintained a Buy rating on Mastercard on June 21 and set a price target of $412.00. The company's shares closed last Wednesday at $375.14. According to TipRanks.com, Perlin is a top 100 analyst with an average return of 31.3% and a 78.1% success rate. Perlin covers the Technology sector, focusing on stocks such as SS&C Technologies Holdings, TELUS International (CDA), and Bottomline Technologies. Currently,...

HMRC to go easy on small business strangled with Covid...

Originally written by Timothy Adler on Small Business Small businesses struggling with Covid debt will not be forced to pay overdue tax to HMRC immediately, says business secretary Kwasi Kwarteng. HMRC had manoeuvred itself to be first in line to be payed-out should a small business go bust post-Covid. Being pressured into payment by tax collectors can be an extremely unpleasant experience for owner-directors of small businesses. But Mr Kwarteng has told the Institute of Directors and business group R3, which represents insolvency and restructuring practitioners, that HMRC will go easy on small businesses unable to pay tax because of Covid-19 debt. >See also: The government wants to avoid a tsunami of insolvencies this summer. The... 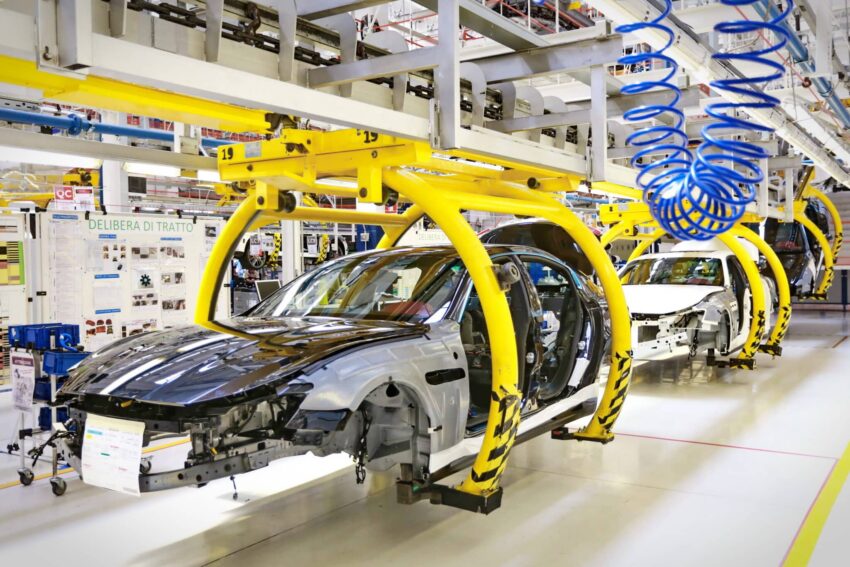 British factories enjoyed the strongest growth in output on record in June but warned they expected to raise their prices at the fastest pace in nearly 40 years in response to a shortage of key components and materials. The Confederation of British Industry said its quarterly survey of manufacturing showed that the rebound across the sector was gaining momentum going into the autumn. The business lobby group said that with Europe, the US, China and much of Asia lifting coronavirus restrictions, its monthly index of industrial output growth over the past three months had set a blistering pace – to reach the highest since the survey began in 1975. Anna Leach, the CBI’s deputy chief economist, said reports of growth in output and orders came from all sectors of industry.... 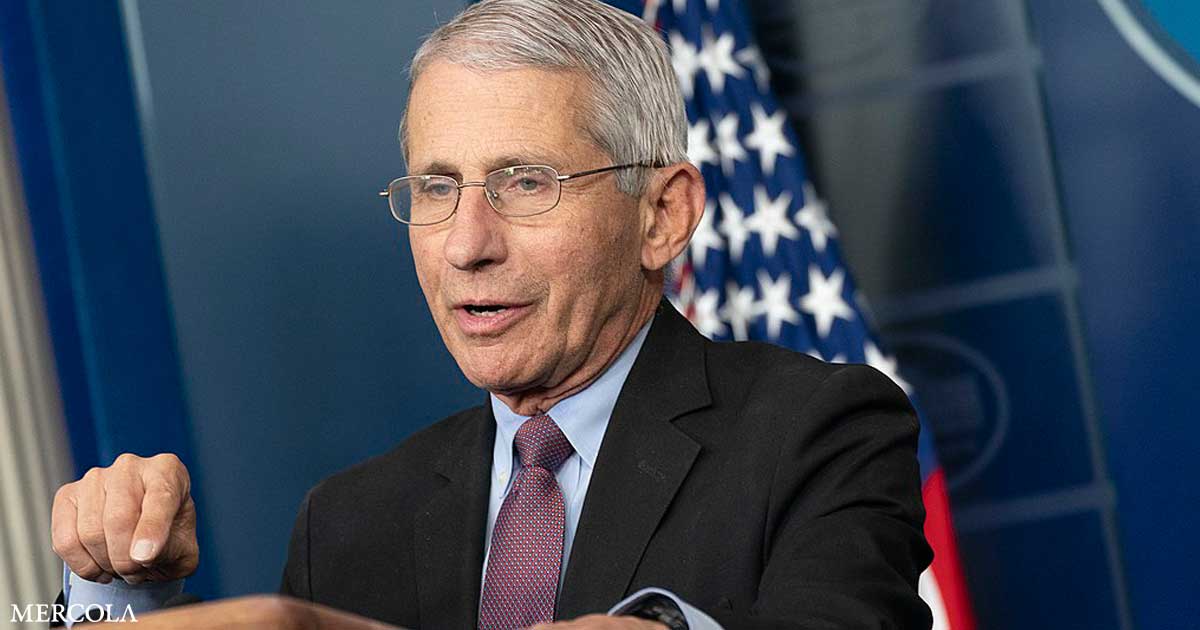 Key Researcher in Wuhan Thanks Fauci for Downplaying Lab...

In an interview with a reporter from the Washington Examiner, Nicholas Wade, retired science writer for The New York Times, postulated the reason the media and others didn’t further explore the idea that the SARS-CoV-2 virus leaked from a lab was that the theory was initially and publicly proposed by then-President Trump.1 Wade believes the theory became politically polarized, burying the possibility it would be fully and independently explored. In April 2020, Trump made a comment that he had seen evidence supporting the theory that SARS-CoV-2 originated in a lab in China. At a White House event, he was asked about the evidence, to which he replied, “I cannot tell you that. I'm not allowed to tell you that.”2...

By: Hans Themistode It was the matchup fans were hoping for. When Manny Pacquiao revealed to the boxing world that he was set to take on Errol Spence Jr. on August 21st, in Las Vegas, Nevada, the only thing missing was the venue. Now, after working things out behind the scenes, their mega showdown officially has a location. T-Mobile Arena, which has hosted...

Anthony Joshua On Deontay Wilder “He Struggles At The Top...

By: Sean Crose "He isn't an elite-level fighter, in my opinion." So says heavyweight titlist Anthony Joshua in a recent interview with Sky Sports. Joshua isn't referring to Aleksandr Usyk here, the man who is likely to be his next opponent, but to former WBC titlist Deontay Wilder, who is currently training for a third match with current WBC titlist Tyson Fury. "He's good," Joshua concedes of Wilder. "It's the heavyweights, so they always know one punch can change the course of a fight." Still, the IBF, WBA and WBO beltholder claims: "I've never, ever seen... 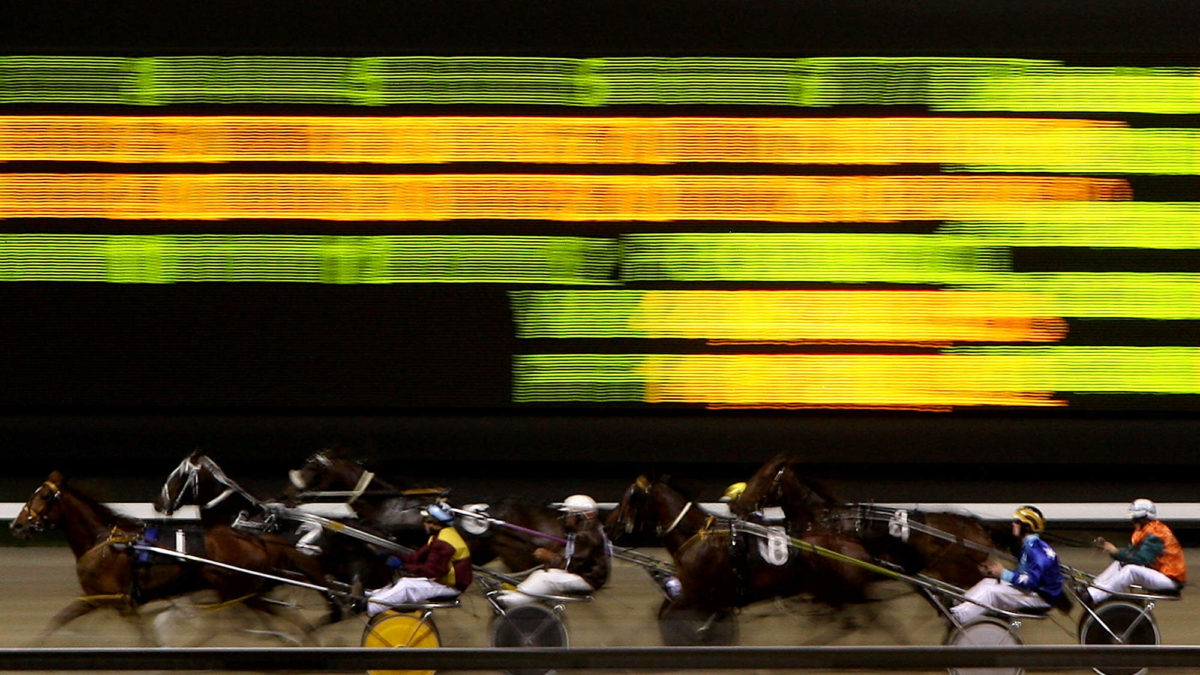 Two meetings to look at on Wednesday night, with my attention being at Bathurst and Redcliffe. Down below is best bets for the respective programs. Bathurst Best bet: Race 2, Number 7, Awholelotpfpretty Has done a good job since joining Amanda Turnbull and despite a tricky draw, I think she’s the most progressive of this lot and can get the job done. Strong win at Cowra on Sunday when getting a suck run behind the speed and finishing best. If she gets luck from the gate, I think she’s clearly the one to beat. Next best: Race 1, Number 2, Infinity Beach Little while between wins but I think he can bounce back here. Ran at Cowra on Sunday and had little luck in the run on the tight track. Should have won with...