Author: Amin Saikal, Canberra Since its consolidation in the mid-18th century, Afghanistan has had a unique historical journey. It is the only country in the world that has been invaded by all three major powers of the last two centuries — Great Britain, the Soviet Union and the United States. Earlier this year, political rivals […] 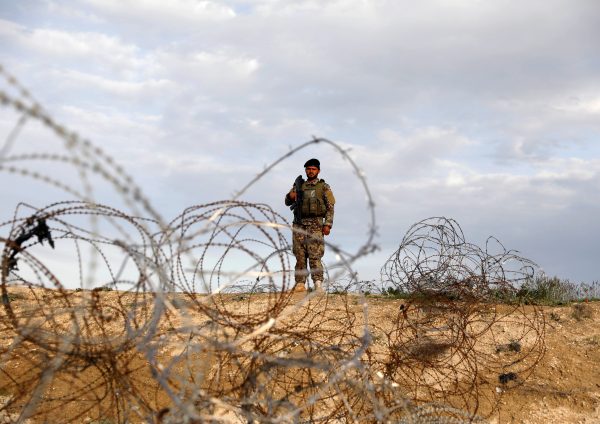 Since its consolidation in the mid-18th century, Afghanistan has had a unique historical journey. It is the only country in the world that has been invaded by all three major powers of the last two centuries — Great Britain, the Soviet Union and the United States. Earlier this year, political rivals Ashraf Ghani and Abdullah Abdullah added to Afghanistan’s history of vexing distinction by declaring two parallel presidencies and plunging the country into a serious political crisis. This not only threatens to derail the US–Taliban peace agreement signed on 29 February, but it also endangers Afghanistan’s endurance as a functioning state. 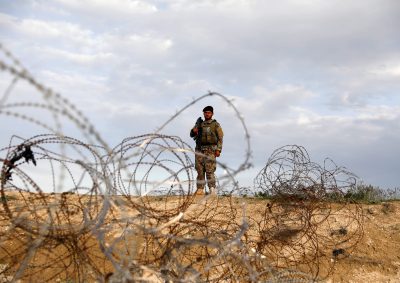 US President Donald Trump’s resolve to withdraw US forces from Afghanistan ahead of his re-election bid is understandable. He sees no value in the United States continuing what has become a costly and unwinnable war. But there is no credible government in Kabul to ensure an ‘honourable’ US withdrawal, or ensure the integrity of the politically and socially mosaic Afghanistan.

There are currently four forces competing for power in Afghanistan. The first is headed by Ghani, who was declared the winner of the September 2019 presidential election by earning less than one million votes in a country of 37 million people. The second is led by Abdullah, who rejected Ghani’s electoral victory on the basis of fraud and declared his own concurrent presidency. The third force is led by former maverick and opportunist mujahideen (jihadist) leader Gulbuddin Hekmatyar, who also condemned the election results. The fourth is the Taliban, who have persistently refused to recognise the Ghani government, labelling it a ‘puppet’ of the West.

Yet the Taliban just concluded a peace agreement with the United States. The deal entails the withdrawal of foreign forces from Afghanistan within 14 months, starting from mid-March 2020. In return, the Taliban is not to allow Afghan soil to be used for hostile actions against the United States. This is despite the fact that the militia lacks jurisdiction over many parts of Afghanistan, including the major cities, and cannot be expected to control the operations of some of the other deadly opposition groups, such as the Khorasan branch of the so-called Islamic State (IS-K). The deal also provides for the Taliban to enter negotiations with the other Afghan parties, involving the government, for a final political settlement.

Although the United States is the leading player, there are regional actors — Pakistan, Iran, the Central Asian republics, India, Russia and China — that have built leverage in Afghanistan in pursuit of their own interests. Russia, Iran and China are in league to see the withdrawal of US forces, and the governments of the Central Asian republics take their cue mainly from Moscow on the issue.

Pakistan, sharing a 2430-kilometre border with Afghanistan, wants its Taliban allies to succeed in dominating the power structure in Kabul, while India is bent on countering Pakistan’s influence in any way possible. Beijing pursues a policy that is supportive of its Belt and Road Initiative for regional geo-economic influence.

All these actors have close interactions with one or more of the Afghan parties in support of their interests, which further complicates the situation. Each one of them is in a position to play a critical role in shaping the dynamics of Afghan politics and inadvertently frustrate US efforts to execute an orderly and respectable military exit from Afghanistan.

The biggest challenge now confronting Washington is to get the rival Afghan forces to set aside their conflicting political and ethnicised agendas and form a workable government of national unity.

To achieve this, US Secretary of State Mike Pompeo made an urgent, unannounced visit to Kabul on 23 March to pressure Ghani and Abdullah to reconcile in support of forming an ‘inclusive government’. Pompeo’s predecessor John Kerry had managed to do this by supporting a national unity government headed by Ghani and Abdullah in the wake of the disputed 2014 election. But Pompeo’s mission was rebuffed by Ghani’s rejection of a proposal that Abdullah should assume the post of prime minister and that the Afghan Constitution should be changed accordingly.

Consequently, Washington announced a US$1 billion cut in aid to Afghanistan, with more to come if the protagonists fail to reconcile. Continuation of the Afghan political standoff seriously threatens the successful execution of the US–Taliban peace agreement and an orderly US military exit. The regional actors also cannot be expected to curtail their roles in Afghanistan in pursuit of their interests.

Knowing that the survival of his government depends on US aid and that ultimately he has to please Washington, Ghani has lately set up an Afghan delegation to enter dialogue with the Taliban and has sought to reach some kind of accommodation with Abdullah by offering him an acceptable post and share in the government. But this is unlikely to create the political environment for political stability and national unity that Afghanistan badly needs, especially at a time when the Afghan people, the majority in abject poverty, are crying out for help to cope with the devastating effects of COVID-19.

The unprecedented Afghan domestic political uncertainty, the predatory objectives of regional actors, and the Trump administration’s determination to leave Afghanistan have made the country very vulnerable to wider fragmentation and bloodshed. Afghanistan is now in a situation similar to that of South Vietnam after the US–North Vietnam Paris Peace Accords of January 1973 that ended the Vietnam War, but at a disastrous cost for the South Vietnamese and humiliation for the United Sates.

What the Trump administration needed to do in Afghanistan before elevating the Taliban as its partner in peace was to ensure that a clean, participatory election had taken place, producing a publicly legitimate government to negotiate with the Taliban from a position of credibility and strength. It seems that a valuable opportunity has been missed, and the US–Taliban deal and troop withdrawal may well repeat the Vietnam fiasco.

Amin Saikal AM FASSA is author of Modern Afghanistan: A History of Struggle and Survival (Bloomsbury, 2012) and co-author with James Piscatori of Islam Beyond Borders: The Umma in World Politics (Cambridge UP, 2019). He is formerly Distinguished Professor of Political Science and Foundation Director of the Centre for Arab and Islamic Studies at the Australian National University.

From barter to partner in the Russia–India arms trade

Family Cut Off From Lao Pastor Since His Mid-March Arrest...