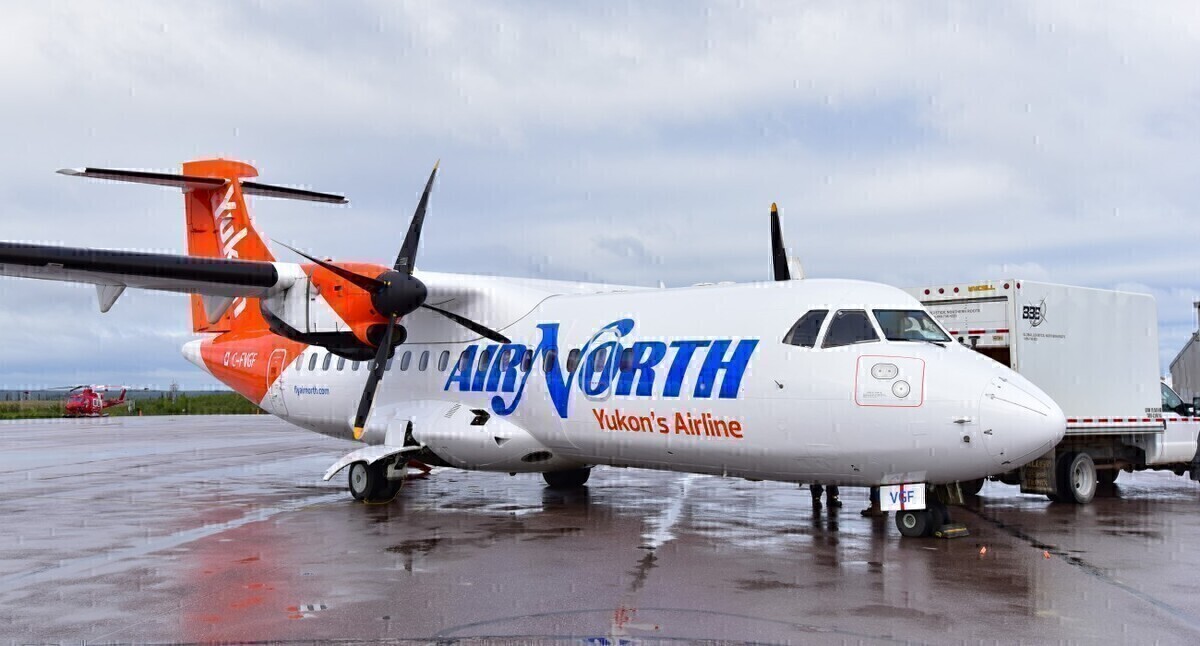 Yukon’s Air North stepped up last week, flying a COVID-19 vaccination team up to Old Crow in Canada’s far north. One of Air North’s ATR-72s headed up to Old Crow on Friday. Onboard was Team Balto, one of the two mobile vaccination teams covering Yukon. Operating the aircraft was Captain David Laviviere and First Officer Johannes Geisler. Looking after the Team Balto members in the cabin was Flight Attendant Angelica Daravingas.

“We’re honored to be part of this important moment in history as we all work towards protecting our community,” said Air North on social media.

It didn’t all go to plan. Bad weather delayed the flight out of Whitehorse for several hours. But the Air North ATR-72 got there in the end. Over the course of Friday afternoon, 140 Old Crow residents came to get vaccinated against COVID-19. That’s over half the town’s population. It’s even more impressive when you consider the weather in Old Crow on Friday afternoon. It was around -23° Celsius, complete with snow flurries.

We were privileged to escort one of the mobile vaccine task forces, Team Balto, up to Old Crow last week as they delivered and distributed doses of the Moderna vaccine.
We're honoured to be part of this important moment in history as we all work towards protecting our community. pic.twitter.com/y9DqgZeOMS

A big push to get Yukoners vaccinated

A week ago, nearly 3,000 Yukoners had received their first dose of the Moderna vaccine. The Yukon Government is scheduling vaccination clinics in rural and remote areas.  Yukon is expected to receive enough doses of the COVID-19 vaccine to vaccinate 75% of the adult population by the end of March.

But that’s easier said than done. Perched up in Canada’s northwest, Yukon is a sparsely populated province with remote, far-flung towns and plenty of cold weather. Yukon is Air North’s home turf, and the airline provides vital links around the province. While Air North is happy to help distribute the COVID-19 vaccination, like airlines everywhere, it has had a tough 12 months.

Last Friday, team Balto flew to Old Crow to offer the COVID-19 vaccine to the community. Over 140 Citizens came to get…

Air North has benefited from Canada’s Emergency Wage Subsidy (CEWS).  In the six months to October 31, 2020, the airline received $5.2 million in subsidies. But as Joseph Sparling, CEO of Air North, pointed out in December, the cost of flying at a reduced load factor was $2.3 million, or more than 40% of the subsidy received.

Mr Sparling appreciates the subsidies but argues there should be “strategic conditions” attached to any aid, rather than just funding and excess capacity and empty seats. Air North’s CEO said as a consequence;

“… the aid has been somewhat ineffective in stemming record industry losses.

“It would be far more productive to use subsidy efforts to help all airlines undergo a very necessary temporary contraction so as to ensure that they can operate sustainably with reduced traffic and flying volumes while maintaining essential services and affordable pricing.

“In general, this means that the overall objective of an airline subsidy program should be to offset overhead expenses which cannot be met or reasonably shed as a result of reduced flying volumes.”

Meanwhile, Air North will keep on pitching in to get the COVID-19 out to Yukoners. The sooner Canadians get vaccinated, the sooner people can start moving again. That will boost passenger loads on Air North and push the airline back into the black. Ultimately, that’s where Joseph Sparling wants to go.

Aeromexico Seeks To Codeshare With LATAM On US Routes

American Airlines Is Burning Through Cash

Where Do Pilots Sleep On A Plane?

Could Virgin Atlantic Be Sold Without Government Assistance?