Air Serbia is introducing what it calls a new global commercial strategy from the upcoming summer season. As… 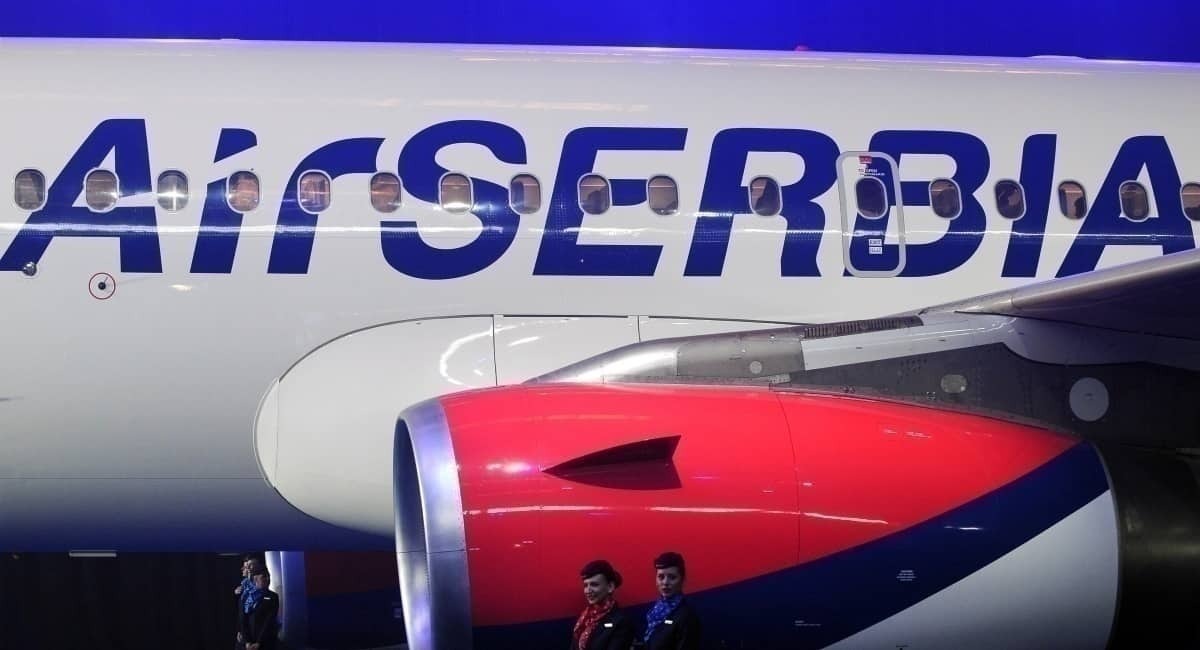 Air Serbia is introducing what it calls a new global commercial strategy from the upcoming summer season. As part of this strategy, aimed at promoting more direct contact with passengers, Air Serbia will impose a four euro ($4.85) tax on each ticket segment sold via all distribution systems other than the airline’s own sales channels.

Air Serbia is launching a new commercial strategy at the start of this summer season, on March 28th. The airline says it wants to establish more direct contact with its passengers. It also wants that its own sales distribution channels offer the best prices for its flights. This will mean that it should be cheaper to purchase a ticket for an Air Serbia flight via the Air Serbia website, its mobile app, its phone contact centre, or in the airline’s physical offices.

To illustrate how this change in strategy will impact the airline’s price structure, Air Serbia has published the following table breaking down the ticket price for its flights between Belgrade Nikola Tesla Airport and Podgorica, in neighboring Montenegro. All figures are in euros.

As illustrated here, all flights purchased not via Air Serbia’s own sales channels but via global distribution systems that tourist agencies use should come out 18 euros cheaper.

Less than half of Air Serbia tickets are purchased directly

Data revealed by Air Serbia shows how the airline has sold less than half of its tickets through its own distribution channels. In the period from May to December 2020, just 47% of all tickets were bought directly from Air Serbia. Still, this represents a major increase: compared to the same period in 2019, this represents an increase of 52%. Air Serbia is keen to support this growth further, and has, for this purpose, launched a mobile app through which tickets can be purchased.

Commenting on the launch of this new commercial strategy, the General Manager Commercial and Strategy of Air Serbia, Jiri Marek, said:

“The new strategy brings Air Serbia closer than ever to its passengers. Our passengers will always experience the best pricing by shopping for travel directly with Air Serbia, which will not necessarily be available with other shopping outlets which market Air Serbia flights. In order to catch the offered value and achieve the beneficial pricing, please make sure your booking is made directly with Air Serbia, either by you, or by your travel planning provider.”

Citing one reason why it is keen to promote direct sales, in particular via its online channels, Air Serbia states that contactless payments are especially suitable in the current circumstances of the coronavirus pandemic.

Still, some deterrents remains in place for passengers wishing to book directly with Air Serbia. For example, the airline still does not accept American Express.

Boeing Doesn’t Think Hydrogen Will Power Its Next Aircraft

How Brexit is impacting business aviation ops to the UK

Finnair Looks To Increase Schedule In Europe And Asia

Qatar Airways’ Airbus A380 Fleet May Never Return To The...