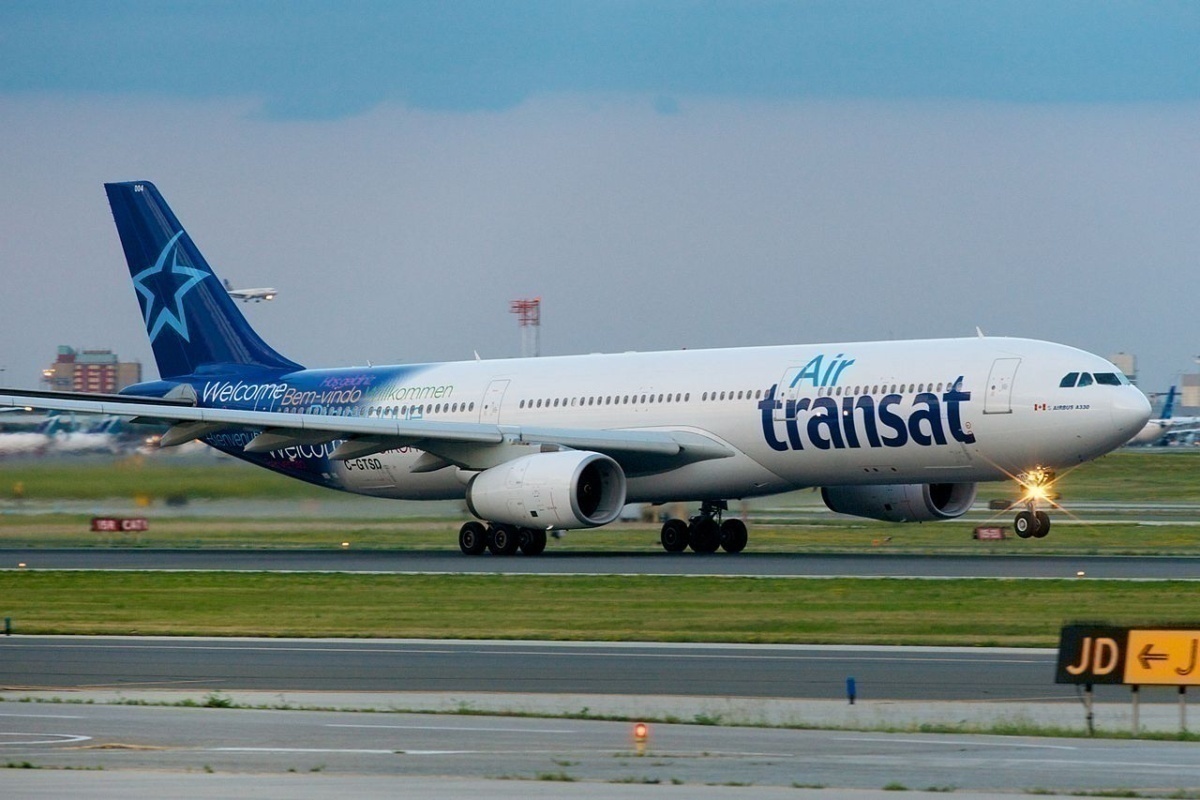 The Air Transat Component of the Canadian Union of Public Employees (CUPE) has learned that the airline plans to scale down its flight attendant numbers come November. According to the union branch, there will be only 160 flight attendants next month – a dramatic drop from pre-pandemic levels. This news is accompanied by the airline’s decision to close its Vancouver base until further notice completely.

A statement put out by CUPE notes that the summer travel season showed signs of progress- especially after the worst of the pandemic in the Spring.

After the airline completely suspended its activities on April 1st, it resumed flights on July 23rd, “reaching a modest high” of 355 flight attendants last August.

Unfortunately, news has emerged that the number of Air Transat flight attendant members will drop to less than 160 in November. CUPE’s statement notes that the airline had a total of 2,000 employees during “normal times.” The website of the Air Transat Component of CUPE says that it represents (or represented) more than 1,800 cabin attendants.

It’s obvious that some of the workforce reductions will come from Air Transat’s decision to completely close its Vancouver base until further notice.

Asking the government for a solution

The Canadian Union of Public Employees (CUPE) is calling on the federal government to deploy rapid COVID-19 screening at Canadian airports immediately. This would be one firm step to increase traveler confidence, thereby boosting numbers.

“All of our information indicates that Air Transat’s resumption of activities in the summer and fall of 2020 was totally safe for passengers and staff. A rapid screening system that provides pre-boarding results would be a crucial addition for reviving the airline industry. We sometimes forget that more than 600,000 jobs in Canada depend on this industry, directly or indirectly. What we need is an efficient federal screening program,” –Julie Roberts, President of CUPE’s Air Transat component

A broad coalition of aviation employees will be demonstrating at Parliament Hill in Canada’s capital at noon on October 20th. The aptly named Parliament Hill is the home of Canada’s parliament and is a common site of public protest and demonstrations. Here, demonstrators will demand concrete measures from the Government of Canada to ensure the safe recovery of the aviation industry.

In total, CUPE represents more than 13,100 members in the Canadian air transportation sector. This includes workers at Air Transat, Air Canada Rouge, Sunwing, CALM Air, Canadian North, WestJet, Cathay Pacific, First Air, and Air Georgian. Workers from many of these airlines – particularly those living close to Ottawa – can be expected to demonstrate and protest on Parliament Hill on Tuesday.

What do you think the government of Canada should do to support the air travel industry if anything? Let us know your thoughts in the comments.

The week in COVID-19 vaccine news: Kids to the back of the line and cooling attitudes...

Shenzhen Airlines Airbus A319 Fuselage And Tires Damaged On Landing