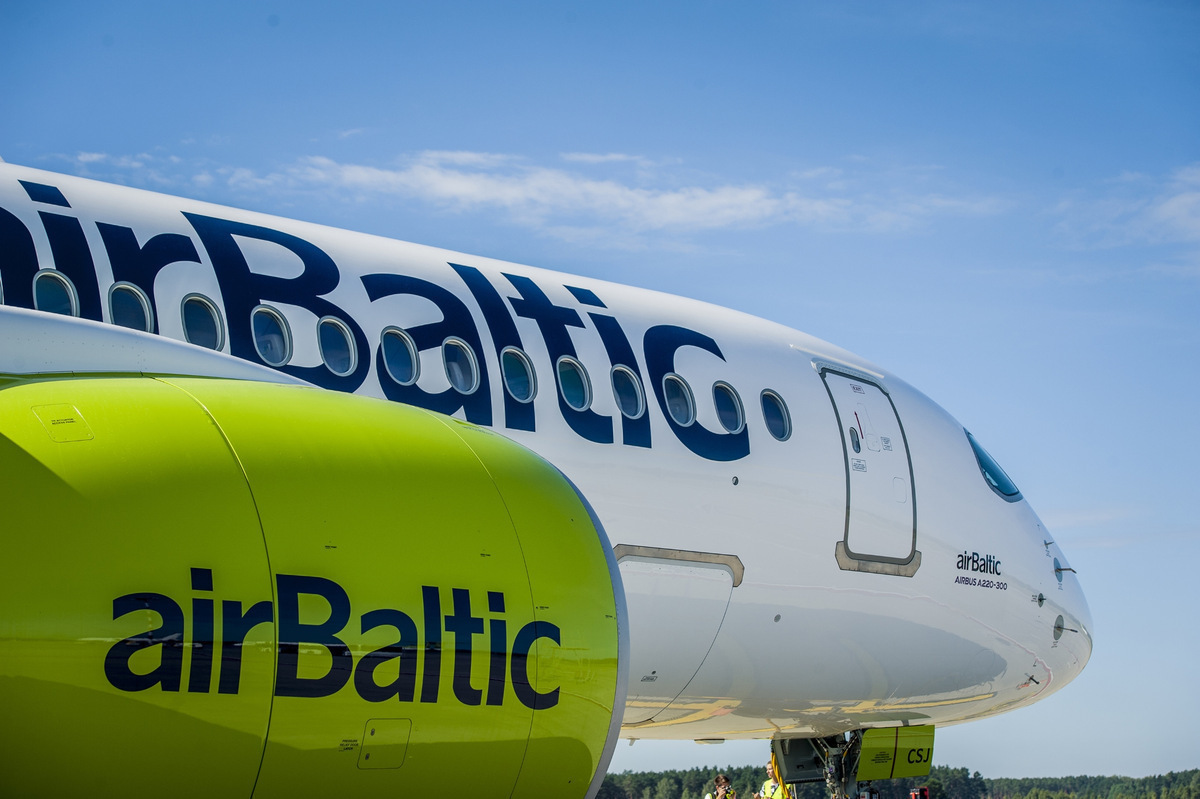 Pratt & Whitney reached a milestone this week with its Airbus A220-specific GTF (geared turbofan) engines reaching the one million flight hour milestone. First entering service in 2016 as the Bombardier CSeries, the A220 has become a fast-rising star in the world of low-demand, short and medium-haul operations.

Its efficient operation has been largely due to the innovation of Pratt & Whitney’s GTF powerplants. While the engines have not been without issue, the milestone is an accomplishment worth celebrating, as more A220s continue to enter service worldwide.

Five years in the making

With over 150 Airbus A220s delivered, the ‘one million flight hour milestone’ represents a rough average of 3,300 hours per engine.

The first commercial flight of the A220-100 took place on Friday, July 15th, with SWISS. At the time, the jet was known as the Bombardier CSeries CS100.

Nothing like a million hour milestone to start your Monday! Congratulations

to the GTF engine team, @Airbus and all #A220 operators who join us in celebrating one million flight hours powered by our GTF engine. Learn more: https://t.co/YV4afQJD1W #WeArePW pic.twitter.com/b9ltSo6f0z

The first commercial A220 service was SWISS flight LX638, from Zurich to Paris. At the time, CBC reported the following statement from the airline:

“I am extremely proud that we are the first airline in the world to put this totally newly-developed aircraft into service … The Bombardier CS100 is a class act in every respect: comfort, economics and environmental credentials. And its service entry today ushers in a new era in short- and medium-haul air travel, for our customers in particular.” – Markus Binkert, Chief Operating Officer, SWISS (2016)

Since that day, the aircraft type and its engines have been delivered to more and more airlines, with airBaltic being a more notable carrier with its all-A220 fleet. Delta, Air Canada, and Korean Air also operate the type. Air France is set to take delivery of its first A220 this September as part of a major 60-aircraft order.

The rocky road to one million hours

While the milestone is worth celebrating, it has not come without challenges and frustrations. Let’s take a look at some of the setbacks this engine has faced.

2014: Bombardier reported an engine-related incident during stationary ground maintenance testing involving the CSeries FTV1 aircraft at its facility in Mirabel, Quebec. Flieger Faust reported that the engine experienced an uncontained turbine rotor failure, with smoke and fire coming from the engine.

2016: Engine production delays hamper CSeries deliveries. Sources reporting to Reuters said that there were challenges in streamlining the manufacturing techniques for the engines’ “hybrid-metallic” fan blades. One source said the problem was linked to “perfecting advanced new industrial methods, leading to some quality problems and slowing down deliveries.”

2017: GTF issues continue to affect CSeries deliveries. The engine maker had held back some engine shipments to plane makers. Reuters notes that it offered spares to airlines that had already faced problems with engines in service.

2019: Simple Flying reported that SWISS had grounded its entire fleet of A220s after multiple incidents involving the type’s engines. Days later, we reported that airBaltic was found to have replaced 50 A220 engines during its first two years operating the type, having had only 13 aircraft within that timeframe.

Shortly after the SWISS grounding, it was reported that software could be to blame. The problems seemed to begin after a software update was released. This supposedly allowed the engine to behave in a manner that allowed destructive vibrations.

At the start of 2020, the FAA issued an airworthiness directive, stating: “The FAA considers these LPC R1 failures to be an urgent safety issue, requiring immediate
action involving replacement of the EEC FADEC software.”

Moving forward to the next milestone

It’s been mostly smooth sailing for the aircraft type and its engines since 2019. However, Pratt & Whitney’s GTF engines have some way to go before attaining the same status levels as other well-established engines. Hopefully, its ‘teething problems’ have been resolved, and issues will become less frequent.