Airbus’ cutest new offering, one of six BelugaXL planes, is getting ready to enter service. The super-size transporter… 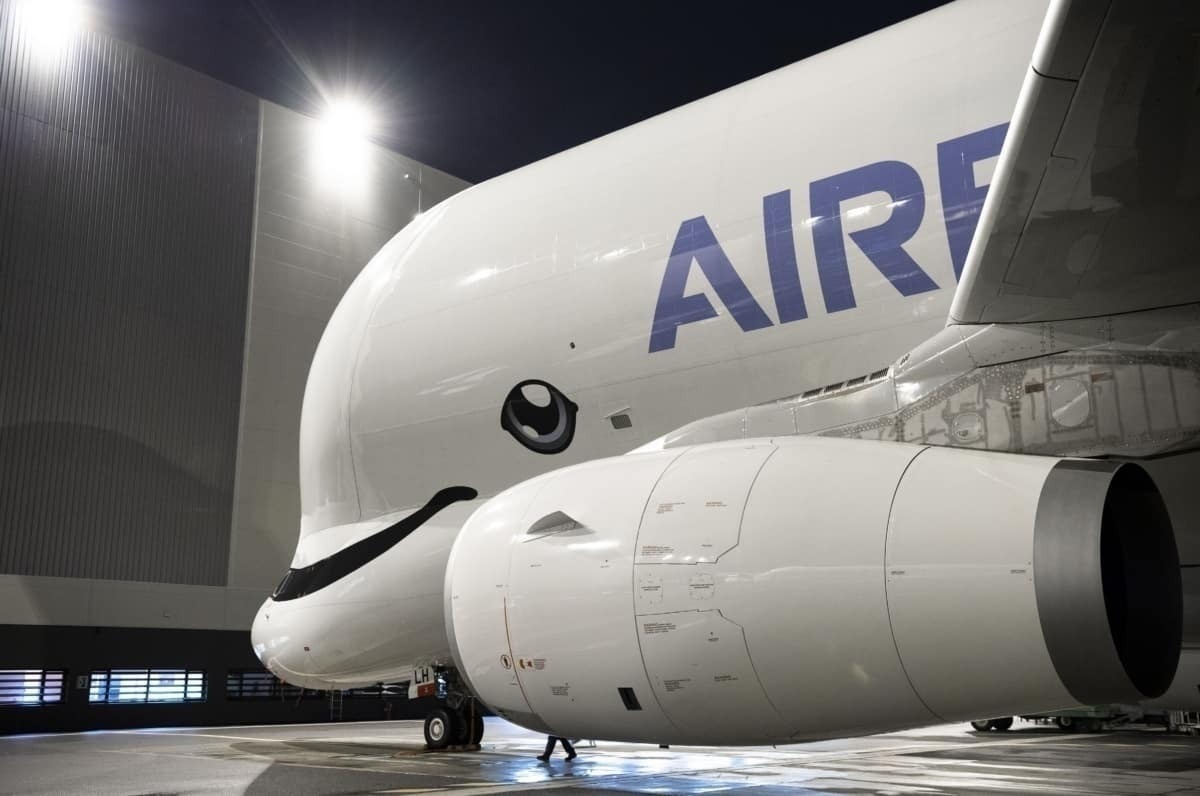 Airbus’ cutest new offering, one of six BelugaXL planes, is getting ready to enter service. The super-size transporter aircraft is designed to carry large production parts to Airbus sites across Europe. The first BelugaXL began operations in January of this year. A new BelugaXL aircraft was spotted last week leaving a hangar in Toulouse, France.

In need of a paint job

Nick-named the smiley whale due to its shape and charming paint job, the BelugaXL is Airbus’ next-generation transporter aircraft. The first BelugaXL had its first operational flight on January 9th 2020, after obtaining its type certification from the European Aviation Safety Agency (EASA) in November 2019. The second joined took to the skies soon after and the third will join service in early 2021.

Images from social media show the new aircraft leaving its hangar in Toulouse. The new plane has yet to receive its friendly-looking paint job, and it won’t be delivered until next year at the earliest. The remaining BelugaXLs will enter service before 2023. This aircraft should take the skies within the next few months to prepare it for future operations.

The BelugaXL might look cute, but it’s a serious workhorse. Designed to carry 51 tonnes and has a range of 4,000 km (2,200 nm). According to the manufacturer, it can take a full-size set of wings for an Airbus A350XWB “with room to spare”. Its predecessor, the BelugaST, could only carry one wing.

The BelugaXL is an adaption of an A330-200 freighter aircraft with Rolls-Royce Trent 700 engines. Of the new design, Phillippe Sabo, head of oversized air transport at Airbus, said, “its high-speed cargo loading system means we can significantly reduce turnaround times”.

The Beluga is going to be used to help ramp up the production of the Airbus A350 XWBs and the single-aisle A320 Family. The BelugaXL will be seen all over Europe, operating from 11 destinations to support the production line.

Earlier this year, Airbus confirmed that it was looking to increase its output of A320neos as Boeing continued to struggle under the uncertainty surrounding its 737MAX jets. Last year, Airbus saw a year-on-year increase in orders for the planes of 43% to 551. Currently, Airbus can turn out 60 A320s per month and was hoping to increase this to 67 over the coming years.

However, a recent downturn in the aviation industry as a whole means that now, instead of an increase, the manufacturer may have to cut production rates. Airlines are now looking to defer deliveries as they struggle and make staff cuts to stay afloat. This impact on Airbus means its new fleet of BelugaXLs, (or should we call them a pod?) will be ready for action but with nothing to carry.

Like many in the aviation industry, Airbus has a challenging first quarter and revised its production rates to just a third of initial estimates. It has also been in negotiation with several airlines regarding delivery schedules and cancellations. For April, Airbus reported no new cancellations, and now, with the second of its super transporters almost ready for operations, things may be looking up.

The manufacturer also managed to secure a decent-sized order for eight A320neo and one A321neo from leasing company Avolon. Despite the slightly more positive signs, the last time an airline placed an order was way back in January. Spirit Airlines placed an order for 100 A320neo variants.

The size of the BelugaXL means it will be a great addition to Airbus’ production and transportation. However, with so many delayed deliveries and a lack of new orders, the smiling whales might not be as busy as should be. What do you think of Airbus’ new addition? Do you think production rates will recover soon?

Delta Air Lines Once Sold A ‘Flying Penthouse’ On Its Boeing...

When Could The US Relax Travel Restrictions From Europe?