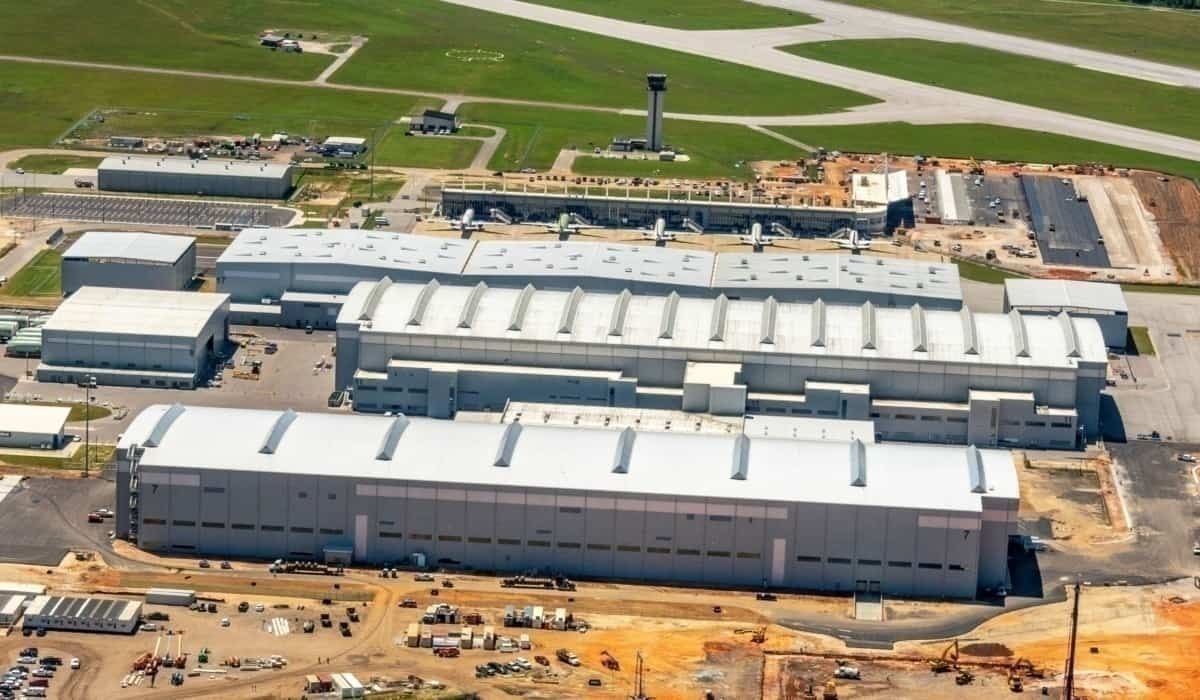 Airbus inaugurated its new A220 production facility in Mobile, Alabama, yesterday. The new final assembly line (FAL) will assemble both the A220-100 and A220-300, adding to Airbus’ current single-aisle production line. The facility will produce its first plane for JetBlue, which ordered 70 of the type last year. Let’s find out more.

The A220’s primary manufacturing hub is in Mirabel, Quebec, which is home to much of the aircraft’s technical apparatus. Most of the A220s currently in service have been manufactured in Mirabel. However, demand for the plane has since increased, prompting Airbus to expand its production capabilities.

In January of 2019, Airbus announced plans for the new production facility in Mobile, alongside its current A320 facility. In August, it began assembling the A220 in the existing A320 production line, thanks to newly-made hangars. The new facility will allow Airbus to increase the production capacity of the A220, as airlines look to smaller aircraft in the future.

Airbus’ decision to open the A220 plant could also be driven by the ongoing US trade dispute with the EU. Currently, planes that are manufactured in the US are exempt from trade tariffs, preventing Airbus from taking losses or increasing prices. While the trade war has paused in light of the current circumstances, there’s no indication of it ending, making Airbus’ decision a smart choice for the future.

Focus on US airlines

Two US carriers, Delta and JetBlue, are currently the largest buyers of the A220. Delta has ordered 95 of the aircraft, 45 of the -100 and 50 of -300 variant, while JetBlue has ordered 70 of the A220-300. Seeing that US carriers are the biggest buyers, it only makes sense for Airbus to expand production there and ensure they are protected from any potential tariffs.

JetBlue is set to be the first airline to receive an A220 from the new plant later this year. In its press release, Airbus highlighted that JetBlue’s decision to take delivery of the A220 as a “strong endorsement in this challenging time“. The airline’s decision to push on with the A220 highlights a commitment to the aircraft’s efficiency, even as passenger numbers fall to an all-time low.

Difficult times for the industry

It’s no doubt that the current coronavirus pandemic has had a significant effect on the aviation industry. Both aircraft manufacturers and airlines alike have made deep cuts to survive in times with little-to-no passenger demand. This has meant job cuts, fleet grounding, and deferred deliveries across the board.

While passenger traffic is not expected to return soon, it is important for airlines to look toward the future. By and large, airlines are retiring larger, less-efficient aircraft for the newer, long-range aircraft. The A220 fits the bill for many airlines who are looking to keep costs low and expect fewer passengers. Airbus’ decision to open a new A220 facility may seem odd considering the current state of the industry, but it could prove to be a boon in the near future.

What do you think of Airbus’ new A220 facility? Let us know in the comments below.

Why Did Airbus Build The A380 Superjumbo?

In Depth: A Look at Thailand’s Nok Air