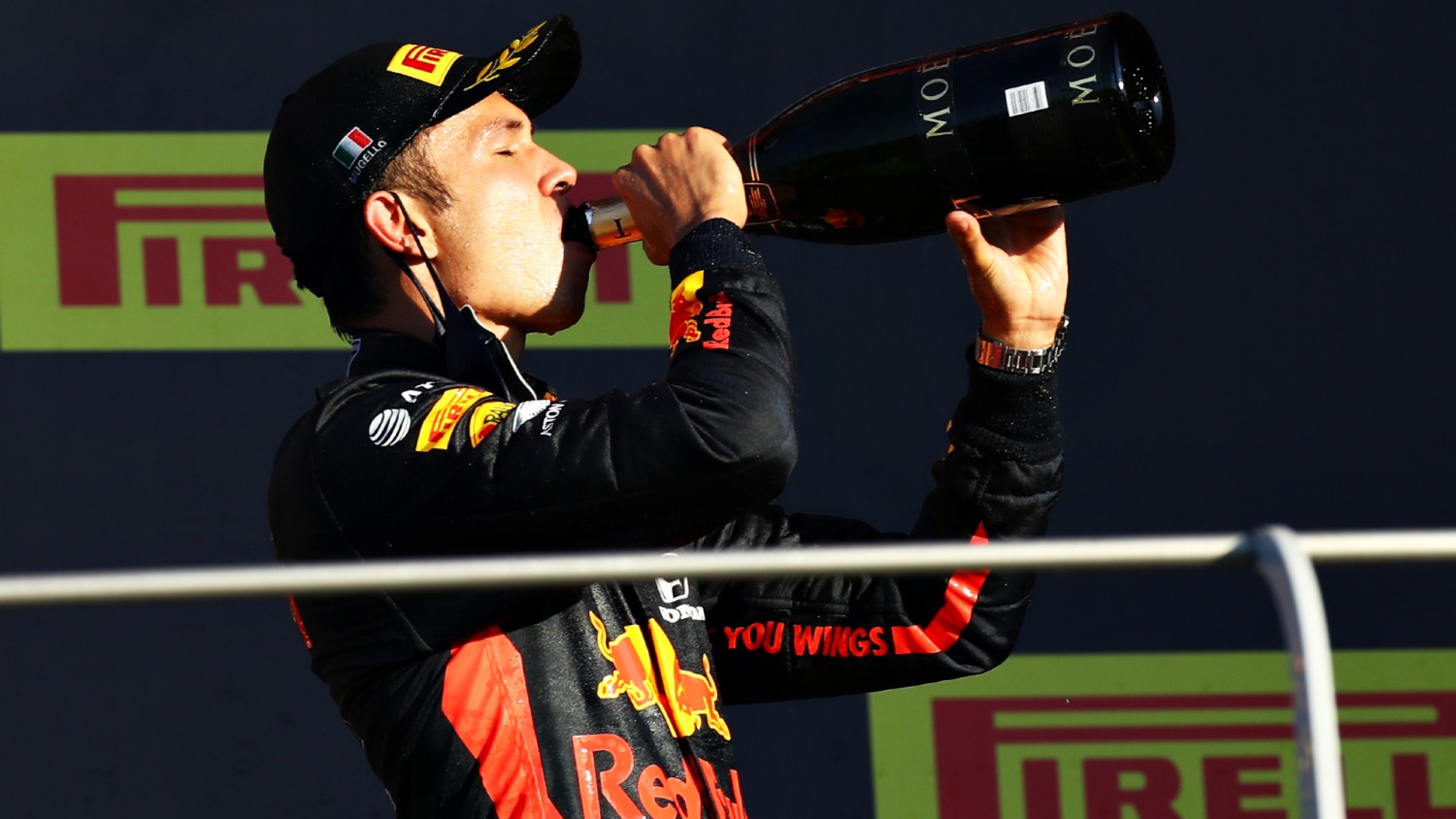 Alex Albon captured his overdue first career podium in F1 at the Tuscan Grand Prix at Mugello, but the Red Bull charger admits the aftermath of his achievement was anything but festive.

But that was the full extent of the 24-year-old's merrymaking, with no outrageous after-party to prolong his jubilation.

"I had a candlelit dinner for one," Albon told F1 Nation's Tom Clarkson. "I literally treated myself to a T-bone steak and a tiramisu, and then I went to bed. It was quite tragic.

"We had to do a filming day at a go kart track on the Monday, so I had to stay over in Italy.

"I was at the hotel which I was staying in all weekend at Mugello… and I was completely alone… Actually, there was a couple next to me, who didn't even know me!"

While there was no glitzy post-race gala for the British-Thai driver, the neglect took nothing away from a job well done in Italy, and a result that came at just the right time.

"It feels good – honestly, I'm happy," he said. "We had a couple of chances to get this podium, and definitely I would have liked it to have happened sooner than it did, but it's nice.

"It was a nice time to happen as well if I'm honest, because there's been a lot of talk and everything.

"I would say it was one of my better drives," he added. It's been my Achilles' heel a little bit, Saturdays with this car.

"But as... the updates have come along to the car, Saturdays have been feeling better and better, and I've been feeling a bit more confident and in tune with the car, which has made the Sundays better as well. But Mugello was a really good race."