President Joe Biden’s bipartisan infrastructure bill has successfully passed a major obstacle as a result of a sudden and unexpected move: every single last Republican has thrown its support behind the infra package. The Mideast Beast has learned that it was the specific clarification that “bombing the shit out of Arab countries” will be included in The post All Republicans Support Infra Bill After Learning that ‘Bombing Middle East’ Considered Infrastructure appeared first on The Mideast Beast. 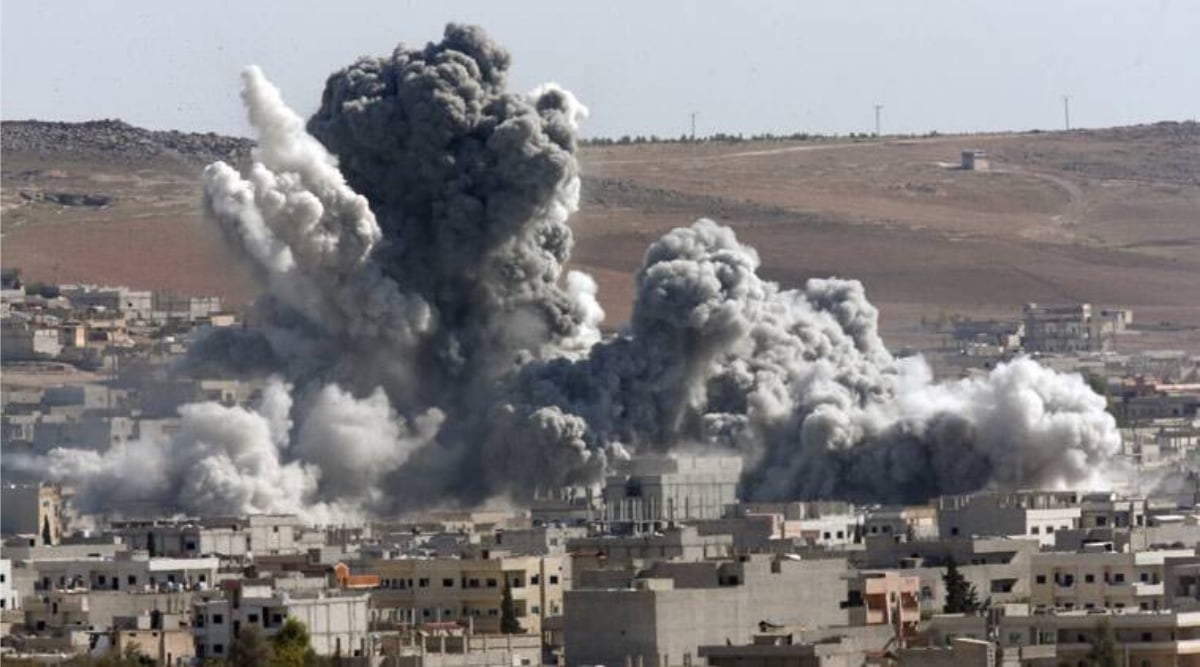 President Joe Biden’s bipartisan infrastructure bill has successfully passed a major obstacle as a result of a sudden and unexpected move: every single last Republican has thrown its support behind the infra package. The Mideast Beast has learned that it was the specific clarification that “bombing the shit out of Arab countries” will be included in Biden’s expansive definition of infrastructure that solidified the support of every single Republican senator.

But Republican opposition melted away when the White House clarified that infrastructure included more than just progressive priorities.

In a press conference on Wednesday, White House spokeswoman Jen Psaki defended including military action under the infrastructure umbrella.

“The President wants to build infrastructure that is the envy of the world,” Psaki explained. “There are two components to this mission. We must rebuild our own roads and bridges, but we must also destroy those in every other country. You see, we do know how to work with our Republican colleagues.”

32 year-old Hugh McInnis, who sat down to watch the Olympics a few minutes ago, is a leading authority on the ins and outs of Canoe Slalom, it has emerged.

“She’s going to want to be careful in the upstream gate in this eddy,” McInnis exclaimed, alerting others around him that this was the third Olypmic Games for the current competitor.

“You just get the feeling that this could be her day. I’m not calling it just yet, but the way she’s navigating those downstream gates just makes me think she’s on song here. It has echoes of her run in London 2012” he said, pointing out that she’d want to pick up the pace for the last five gates to put any nagging doubts to bed.

“Good breakout. That’s it, back into the downstream. Ooh – nearly copped a 2 second penalty there,” he said, remarking on how much the equipment had changed in canoe slalom over the years. “The technology has come on in leaps and bounds. You wouldn’t have seen this sort of gear in ’96 or even in Sydney.

“Yep, she’s done it. Well done. Great race – stuck to her own plan, just like she did in the Worlds”.

McInnis will become an expert in rhythmic gymnastics tomorrow.

Signs You Might Be Losing Your Mind Due to Social Distancing