Crucible's first gameplay trailer shows how Amazon Game Studios' hero shooter will stand out from the crowd with its mix of game modes and characters. 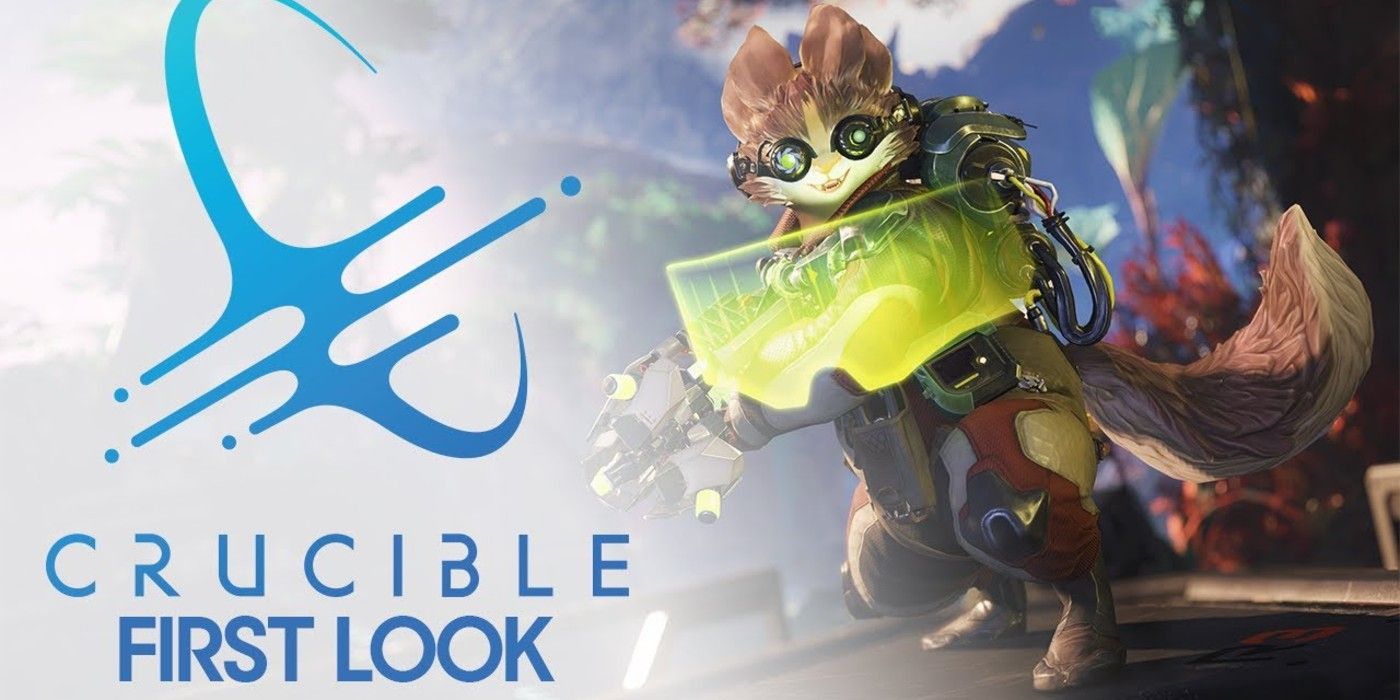 Amazon Game Studios' Crucible first look trailer shows off gameplay from the flashy hero shooter, giving players a look at how it will work in action. Revealed to be in development back in 2016, will be the first release from Amazon’s new game development outing.

Until recently, it looked like Amazon Game Studios’ first release would be the . The MMO seemed to be the flagship project for the studio, with hands-on previews focusing on its unique PvP gameplay. New World even received a May release date before being delayed until August just a few days later. Amazon Game Studios is also working on another , which appears to be much earlier in development, most likely debuting well into the next console generation. Along with its own games, Amazon is also preparing to launch a game streaming service à la Google Stadia, which will reportedly integrate with Twitch, also owned by Amazon.

Before any of that materializes, Crucible will be the project to set the tone for Amazon’s foray into video games. While the short gameplay trailer released by Amazon Game Studios isn’t much to go on, Crucible looks like it’s shaping up to be a smart integration of popular multiplayer shooter tropes, if not something wholly original. Crucible’s game modes seem like clever twists on common play types like PvPvE resource collection, battle royale (in a 2v2v2v2 version) and zone control. It blends those modes with a varied cast of characters that have remarkably different abilities, making battles a mix of gunplay, melee, and team tactics.

Crucible’s gameplay reveal makes it look worth a shot at least, but it’s still facing some major competition. Despite all its problems, still looms large on the multiplayer shooter landscape and its connected world can be more of a draw for some players than a game solely based on isolated matches. On that front, Crucible is still facing off against , which starts its content-rich fifth season soon. has also been stirring up attention lately, despite only being available for a small number of players in closed beta. Then there’s , which reigns supreme when it comes to hero shooters and may be Crucible’s closest competition thanks to its similarly small, objective-based matches and wide range of heroes.

Crucible launching so soon came to a surprise to many, but it still remains to be seen whether it really makes an impression. Amazon Game Studios has a lot to prove with its first release and competition will be fierce, but the gameplay it’s shown off so far shows there’s reason to pay attention.

How Once Upon A Time In Hollywood Referenced Tarantino's Death Proof