I’m so sorry, Ruth Bader Guitarsberg! That’s what I named you the moment your Amazon box arrived. Like RGB, you gave me hope. Showed me not who I was: a guy who can eat an entire tub of Sabra hummus while watching an episode of Killing Eve. But who I could be: a guy who […] The post An Apology to the Guitar I Bought at the Beginning of the Pandemic That Is Now Collecting Dust Beside My Cat Tower appeared first on Robot Butt. 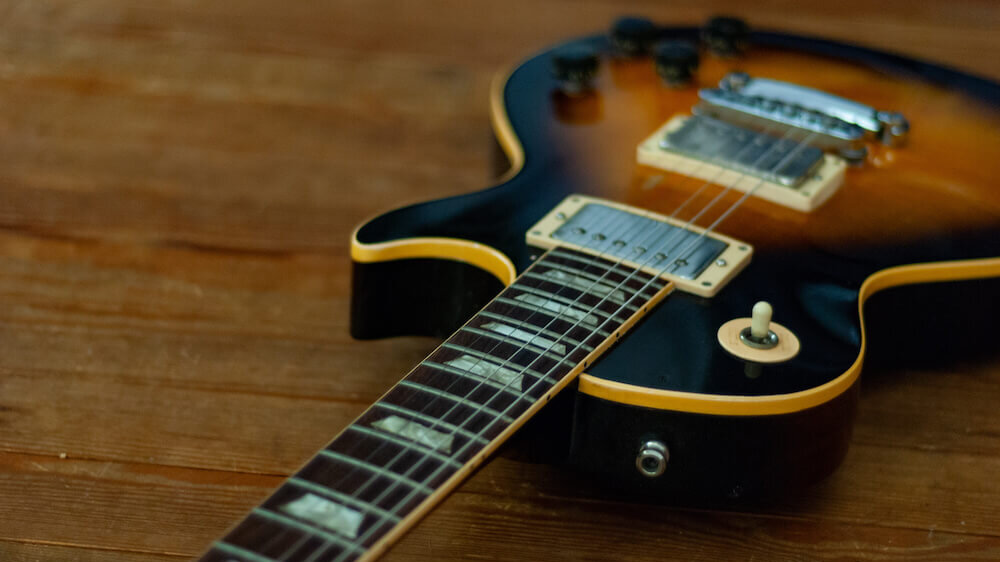 I’m so sorry, Ruth Bader Guitarsberg! That’s what I named you the moment your Amazon box arrived. Like RGB, you gave me hope. Showed me not who I was: a guy who can eat an entire tub of Sabra hummus while watching an episode of Killing Eve. But who I could be: a guy who can eat a tub of hummus and also play the score to Killing Eve on my very own hollow-bodied Gibson Les Paul.

I know you’re much, much better than what’s become of you: a dust collector next to my orange tabby Malfoy’s cat tower.

I know you’re not a “beginner” guitar, and maybe I should have done more research. But we got off to a pretty good start, right? We spent hours together every day: practicing chords, watching YouTube tutorials, Google image searching “Adam Levine, no shirt.” I was so excited at my early progress, I showed you to my pal Ronnie on one of our first Zoom happy hours. Remember when those seemed fun?

I really meant to teach myself to play Tom Petty’s “Wildflowers” last April. I even bought a capo to play that high jangly stuff. But I got distracted by a tab I opened earlier, the Wikipedia entry for pangolins. Good luck getting out of that rabbit hold, ya know?

I had every intention of learning a scale a day. I even came up with a rhyme: “A scale a day for the month of May.” But by the fourth day, I was exhausted from debating how to ask my neighbor Yvonne to pull her mask over her nose without sounding like an asshole.

Truly sorry, I didn’t get around to memorizing the chorus of “Santa Monica” by Everclear. That’s a nice throwback jam we would’ve loved. But goddam Yvonne kept bringing over sourdough loaves, and I had to mindlessly finish them while scrolling through my racist uncle’s political posts to report fake news.

After the second wave spiked, I vowed to rededicate myself to you. “No more drinking at 11:15 a.m. on Tuesdays,” I promised myself! I even signed up for a Zoom lesson with a TikTok instructor. After just an hour under the tutelage of @Tyler420_69, I could play the entire intro to “Crash Into Me” without messing up. I was so stoked, I called up Ronnie to make him listen to me play it!

But he interrupted me. Wouldn’t shut up about Bill Gates and vaccine conspiracies, then told me to start drinking celery juice each morning. I was so depressed I couldn’t leave my futon for a week.

I didn’t get around to memorizing any of “Ironic” by Alanis Morissette. And no, the irony of buying a  $1,200 guitar I can’t play is not lost on me.

Then the election came, and well, there was no time for guitar. I spent five days refreshing the Associated Press home page in November, the whole month of December trying to keep my Dad from joining QAnon, and most of January crying into throw pillows about the state of democracy. Total bummer I procrastinated so long because the insurrection would have been great material for writing a 2021-style Bob Dylan Americana protest song. Could have been powerful stuff. Again, I’m really, really sorry.

But hey, you know what? With these new COVID variants spreading like crazy, we might have a few more months inside together, dear. And I promise you, I’m going to teach myself every single Sleater-Kinney song. Assuming I don’t get too distracted scrolling Carrie Brownstein’s Instagram.

The post An Apology to the Guitar I Bought at the Beginning of the Pandemic That Is Now Collecting Dust Beside My Cat Tower appeared first on Robot Butt.

Islamic State to End Attacks on U.S., Saying, “With Their Gun Violence, They’ve...

Journal of Urology to be renamed “Balls”

Sarsour Reminds de Blasio to Say ‘Zionist’ Instead of ‘Jewish’