LA QUINTA, Calif. – Andrew Landry’s week at the American Express tournament a year ago produced some of his best golf and a second (...) 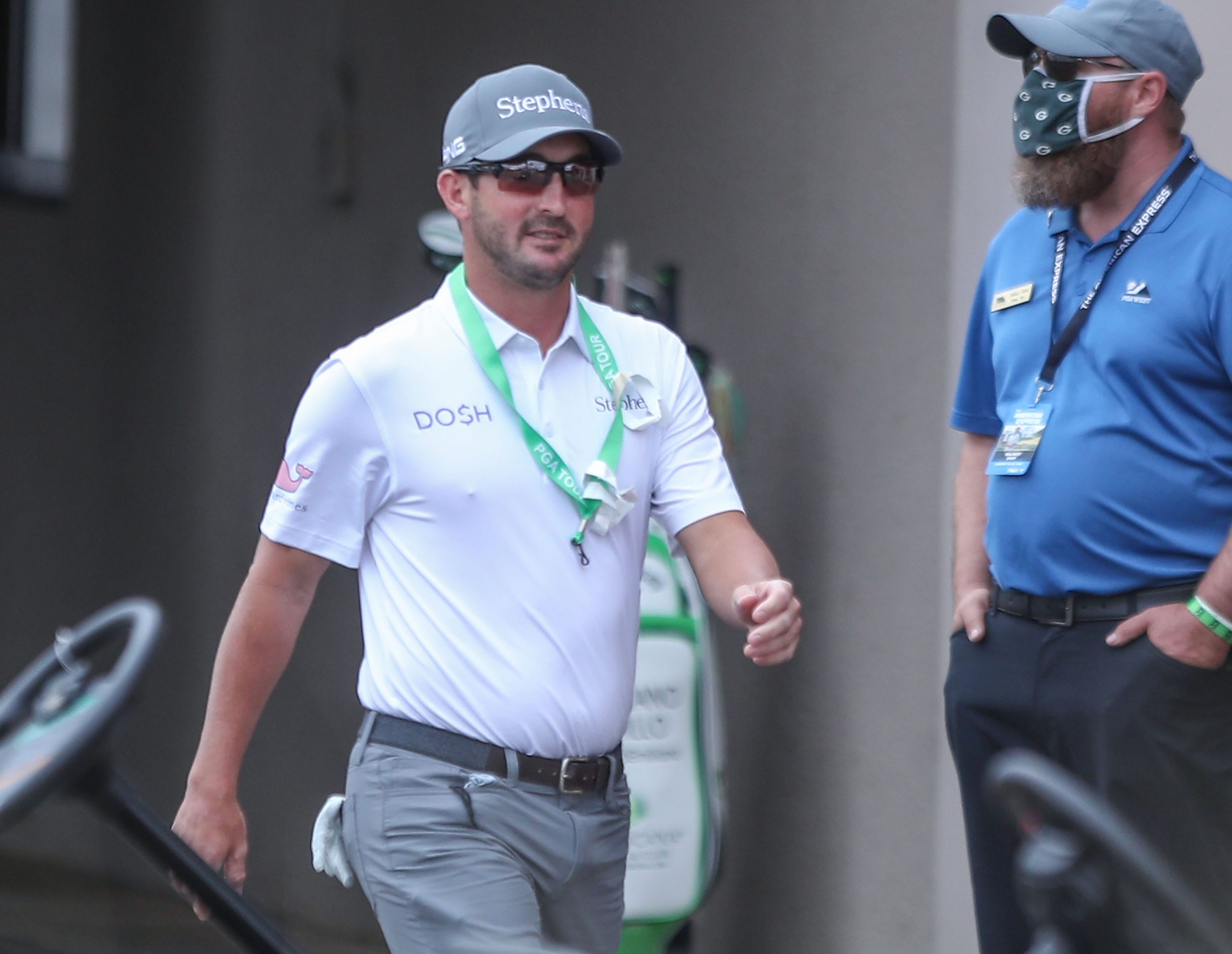 LA QUINTA, Calif. – Andrew Landry’s week at the American Express tournament a year ago produced some of his best golf and a second career victory on the PGA Tour. But returning to the desert this year doesn’t feel like a normal title defense.

“It doesn’t feel like it’s been a year. It feels like yesterday,” Landry said Wednesday as he prepared to defend his title in La Quinta. “It’s not the same, you know, with the amateurs rolling around and getting to see some of those guys that I have met over the last couple years and I’ve known a couple.”

The American Express this week is a vastly different tournament than the one Landry won last year. Restrictions caused by the coronavirus pandemic mean no spectators are allowed on either golf course, no pro-am will be contested for the event and La Quinta Country Club is not being played for the pros to drool over with the potential of a low score. But it is the absence of the amateurs, two per foursome, that Landry will notice the most.

Some of our favorite golf photos from 2020 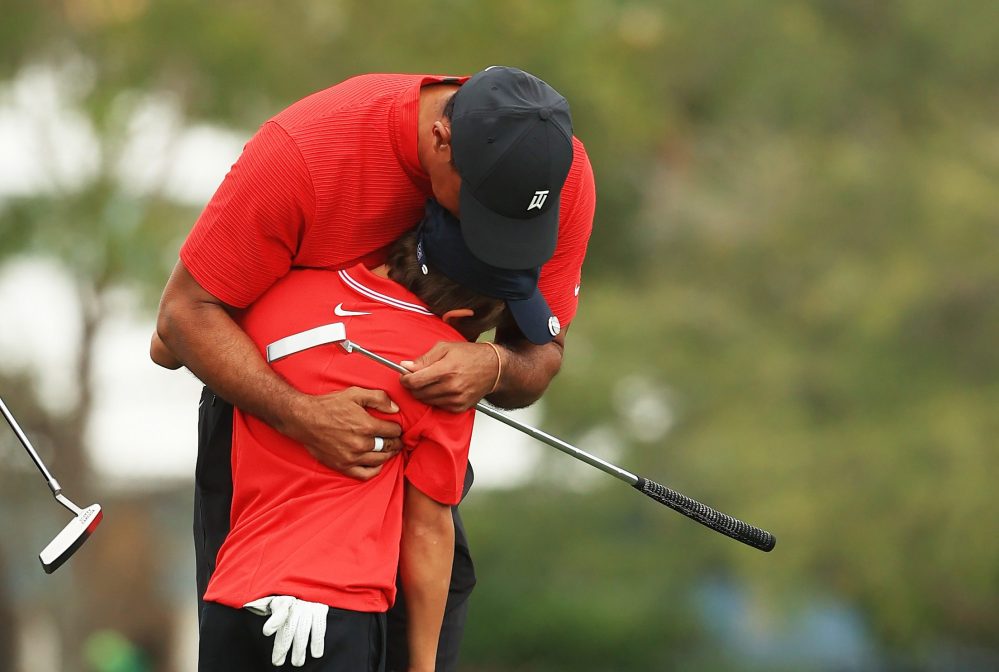 “A couple guys from Austin play in it, and it’s fun,” said Landry, who lives in Texas. ”This place is like a Pebble Beach, where you get to see a lot of amateurs and play with them, and it’s really fun to play with amateurs in an event. And some people don’t like it and that may be why they skip Pebble or skip the American Express, but I enjoy it. I enjoy playing with the amateurs and just getting out there and competing.”

Landry has clearly liked playing in the American Express, winning at 26-under par last year and losing a four-hole playoff in 2018 to Jon Rahm. Landry is back this week looking for his second American Express victory against a strong field that will play the Pete Dye Stadium Course and the Jack Nicklaus Tournament Course at PGA West in La Quinta.

Mickelson is the event’s host

“It’s a special tournament and it’s unique in all of sports to have the opportunity for amateurs to play with the pros and unfortunately that’s not happening this year,” said Phil Mickelson, the tournament host and a two-time winner of the event in 2002 and 2004. “And I’m appreciative of the lengths that American Express is going to to make sure everybody is safe, and hopefully we will be through this by the summer and be able to be back at it in normal conditions next year.”

The revamped tournament tees off at 12:10 p.m. ET on the first and 10th tees of the two courses, with golfers playing in threesomes rather than foursomes with two pros and two amateurs. For Mickelson, who started playing the tournament in the 1990s when celebrities were still part of the amateur field, the lack of amateurs will be noticed but not a distraction.

“I really enjoy coming to the desert to start the year and really build a solid foundation for your golf swing fundamentals because we have such great practice facilities and an opportunity to really develop a good solid foundation for your game,” Mickelson said. “I don’t think that’s going to affect the pros too much this week on whether or not there are amateurs playing here because they have always been so respectful of our games and have given us the space to work on our games and have been an added addition to the event, rather than taking away time from the pros, I’ve always felt.”

Mickelson is in his second year as official host of the tournament, but even he admits the event has one of its best fields in years this week. Among the players in the top 20 of the world golf rankings in the event are No. 10 Patrick Cantlay, No. 11 Patrick Reed and No. 12 Brooks Koepka, who is making his debut in the event. Matthew Wolff, No. 15 in the rankings, is also in the field, as is No. 18 Sungjae Im.

With no amateurs in the field this week, the PGA Tour staff and the PGA Tour grounds staff are making a few changes to the golf courses that wouldn’t be possible if the event was accommodating higher handicappers. The greens at the Nicklaus Tournament Course also were enlarged over the summer, creating some new pin positions

While Landry is trying to become the first player since Johnny Miller in 1975 and 1976 to win the tournament in consecutive years, Mickelson is looking for another fast start for the World Golf Hall of Famer on the West Coast swing to capture his third American Express title. Now 50, Mickelson said he will use the West Coast to gauge what he should do for the rest of the year, whether that is playing the PGA Tour or the 50-and-over PGA Tour Champions.

“I played two (Champions) events last year and I had some success winning both, but what I really enjoyed was the ability to play, compete, be in contention, and to play against guys that I have known for 30-plus years and compete against them again and see a lot of friends that I haven’t seen in a long time,” Mickelson said. “And golf courses that are more fun to play and are not built to beat you up the way a lot of PGA Tour courses are, and rightfully so. The PGA Tour courses and the setups are designed to challenge the best players in the world and so you’re going to have more difficult setups and pin placements and so forth.

“However, it’s the ability to play and compete against the best in the world that gets me in the gym every morning at 6 or 7, that gets me on the range working on my game, on the putting green working on my putting,” Mickelson added. “That challenge of trying to play and compete against the best is what really drives me, and so I need to have that or else I feel I might get complacent.”