In Animal Crossings: New Horizons, the lazy personality type is one of the most fun. Here are the games's very best lazy, laid-back male villagers. 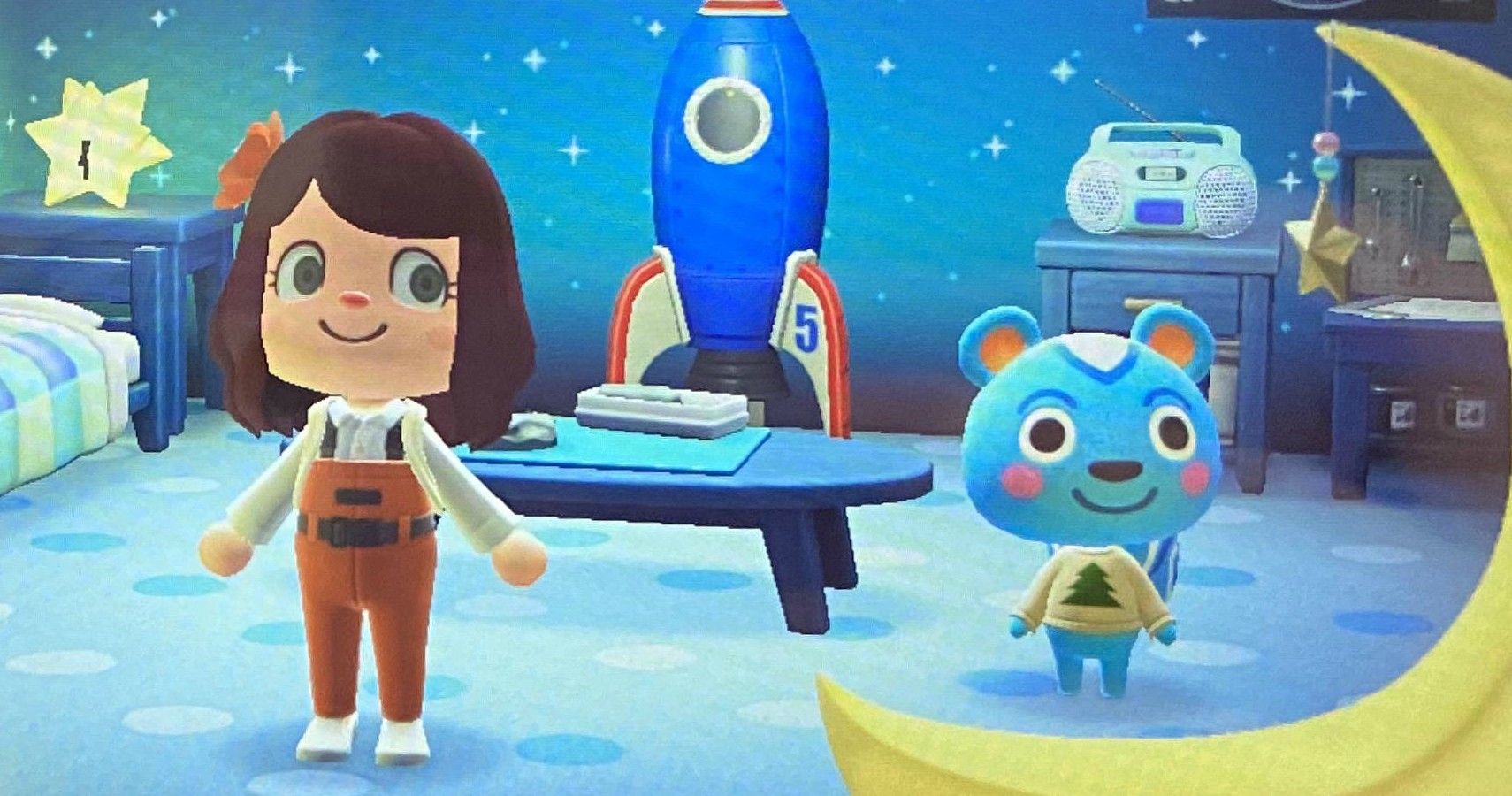 The newest installment features nearly 400 villagers. While they all have their own quirks and characteristics, there is one thing that unites them: personality.

RELATED: Animal Crossing New Horizon: Everything You Need To Know About The Able Sisters

Lazy villagers are male characters who are known for their laid-back way of life. They tend to enjoy wandering through nature, participating in a variety of hobbies, and chowing down on delicious food. Though they might not be the most ambitious characters, they are pretty friendly.

It's time to head out to the island and get to know a few animals. Here are 10 of the best lazy villagers in New Horizons.

This lazy animal made his debut in New Leaf for the Nintendo 3DS and hasn’t gone anywhere since.  Though Beau is technically a deer, his orange fur and yellow horns cause him to resemble an antelope. His phrase, “saltlick,” is a reference to the salt blocks used to attract his species.

Beau is big on nature, which is why he wears a cozy green deer shirt when he first meets a player. His home continues with this theme, featuring outdoor wallpaper and flooring as well as a picnic blanket in the middle.

Bob has been around far longer than Beau, appearing in every single game in the Animal Crossing series. This cat has sleepy eyes and purple spots. He uses the phrase “pthhhpth,” potentially referencing the noise cats make when they cough up a hairball.

Though Bob’s house has varied slightly over the years, it has always contains colorful items from the Wooden-block series (formerly known as the Kiddie series). Bob’s New Horizons home is almost as playful as he is.

Cranston first showed up in New Leaf alongside the introduction of five new ostrich characters. As a crested ibis, this bird has pink-and-white feathers and a red mask that surrounds his yellow eyes.

Cranston calls his friends "sweatband," even though it's rare that you'll see him staying active. Though his New Leaf house brought the outdoors indoors, his New Horizons abode carries an Asian theme and prominently features the color red.

Dizzy is an elephant who has been in the Animal Crossing series since the beginning. He has droopy eyes and light blue skin.

Dizzy likes to say "woo-oo" (possibly referencing the sound his species makes) and decorates his home similarly to Bob's. It contains colorful items from the Wooden-block series, yellow cloud wallpaper, and a train set.

This cute blue squirrel has been popular since his introduction in the original Animal Crossing. In fact, he even appears on the cover of New Horizons.

Filbert is characterized by his big eyes, pink cheeks, and bushy tail. He refers to his pals as "bucko" and decorates his house with a space theme. It has starry wallpaper, a rocket ship, and a giant moon, making it both dreamy and whimsical.

Though this bird was originally an Animal Forest e+ exclusive, he was brought back to the series in New Leaf and hung around for New Horizons.

Copying the sound birds make, Jacob's catchphrase is "chuuuuurp." Though he is mostly bright shades of red, yellow, and green, he has a white face and gray beak.

Jacob's home is a literal dump. The flooring and walls are stocked with images of trash bags and boxes, and he's okay with it. That's how chill he is.

The cover star of K.K. Parade, Joe, has shown up for every single Animal Crossing installment. Though he is a squeaky bright shade of yellow, his most defining feature is his dark, rectangular eyebrows.

Joey makes a "bleeeeeck" sound and is all about relaxation. He keeps his home beachy, filling the floors with sand and accenting with a kiddie pool and a lifeguard chair.

Having appeared in every single Animal Crossing game outside of Wild World, Nate has been a longtime fan favorite. He has gold fur and a big green unibrow.

This bear tends to embody the biggest characteristics of lazy villagers by saying "yawwwn" and always looking a little sleepy.

The interior of his New Horizons place is woodsy, featuring forest wallpaper and wooden furniture.

Though Ozzie skipped out on Wild World for the Nintendo DS and City Folk for the Wii, he's made appearances in the other mainline Animal Crossing installments.

This koala has a big orange nose, gray ears, and a giant smile. Yes, he's super fun and friendly.

Ozzie's house features classroom elements including a hamster cage, desks, and a chalkboard.

Though there a few lazy dogs worth inviting to your island, Walker is one of the best.

He has black-and-white fur, a squiggly mouth, and blue eyes. He likes to say "wuh" and has changed up his house throughout every game in the Animal Crossing series.

NEXT: Animal Crossing: 5 New Special Characters (& 5 That Are Missing)