Paul Rudd will be returning to the Ant-Man character for a third film. The post ‘Ant-Man and the Wasp’: Disney Plus Premiere Date Revealed appeared first on Heroic Hollywood. 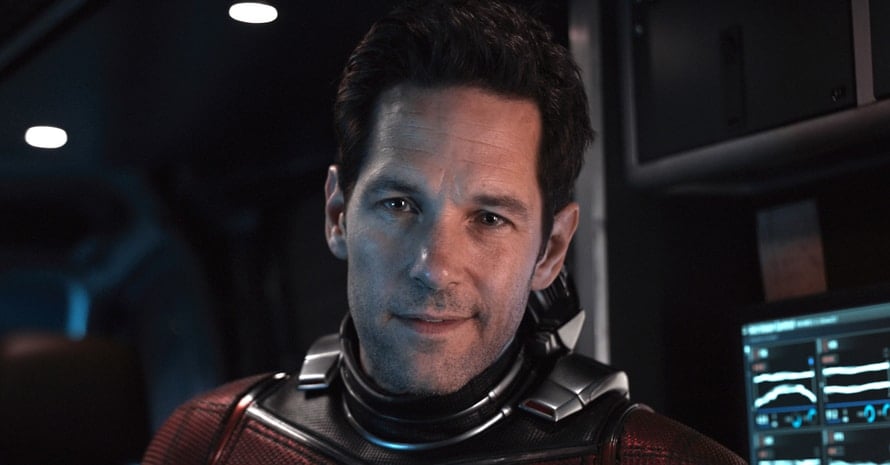 Ant-Man and the Wasp is hitting Disney Plus later this summer!

One of the most under appreciated films in Marvel’s roster has to be Ant-Man and the Wasp, the rare sequel that manages to one-up its predecessor in every way possible. Not only did Paul Rudd’s second outing as Ant-Man offer brilliant and hilarious action sequences but it also introduced us to Hannah John-Kamen’s Ghost,one of the most nuanced and tortured villains in the MCU. And who can forget the jaw-dropping post-credits sequence that directly def into Avengers: Endgame! If we’ve got you excited to revisit Ant-Man and the Wasp again then don’t worry as the MCU film will hit Disney Plus on August 14.

Just like Thanos going after the Infinity Stones, Disney Plus is slowly getting its hands on all of Disney’s projects as licensing deals with other streaming services are expiring. This summer will see tons of beloved films like Solo: A Star Wars Story and X-Men: Days of Future Past appearing on the streaming service. Ant-Man and the Wasp is just one of the few movies that Disney Plus is missing to round out its entire catalog. By the end of the year, Disney Plus should be filled to the brim with every Disney movie imaginable, including projects from its acquired properties like Star Wars and Fox.

Paul Rudd will return to the role of Ant-Man in an upcoming sequel that will see director Peyton Reed returning. Back in May, Michael Douglas teased that news regarding the third film in the franchise will be coming soon. While plot details are slim on the upcoming third film, Reed has teased the return of Walton Goggins’ villain Sonny Burch returning to the franchise.

Are you excited to revisit Ant-Man and the Wasp on Disney Plus? Comment below and let us know!

Here is the synopsis for Ant-Man and The Wasp:

From the Marvel Cinematic Universe comes “Ant-Man and The Wasp,” a new chapter featuring heroes with the astonishing ability to shrink. In the aftermath of “Captain America: Civil War,” Scott Lang is grappling with the consequences of his choices as both a superhero and a father. AS he struggles to rebalance his home life with his responsibilities as Ant-Man, he’s confronted by Hope van Dyne and Dr. Hank Pym with an urgent new mission. Scott must once again put on the suit and learn to fight alongside the Wasp as the team works together to uncover secrets from the past.

Ant-Man and The Wasp is now available Digital HD, 4K Ultra HD, Blu-ray, and DVD. Stay tuned to Heroic Hollywood and subscribe to our YouTube channel for all the latest news surrounding the Marvel Cinematic Universe!

The post ‘Ant-Man and the Wasp’: Disney Plus Premiere Date Revealed appeared first on Heroic Hollywood.

Evo Online's New Lineup Is All About Which Games Won't...

COVID-19: Here is how prepared the WC is for a crisis

Western Cape Premier Alan Winde has shared details around the sites prepared for...

Blue Bell agreed to pay more than $19 million in fines and forfeiture as part of...

Rapidly rising water overtook dams and forced the evacuation of about 10,000 people...

Global airlines are poised to suffer $84.3 billion in losses this year, as international...

Colin Powell has accused the US president of drifting from the US constitution,...

Ultra-low-cost carrier Frontier Airlines is selling some peace of mind to anxious...

With So Many People Staying Home During Pandemic, Chicago...

A rainy day in the Loop would usually be a good time to catch a cab, but cabbie...

A Perth family has been torn apart with a mother dead, a father in critical condition...