Who will wield the shield? The post Anthony Mackie Casts Doubt On Who Will Be The New Captain America appeared first on Heroic Hollywood. 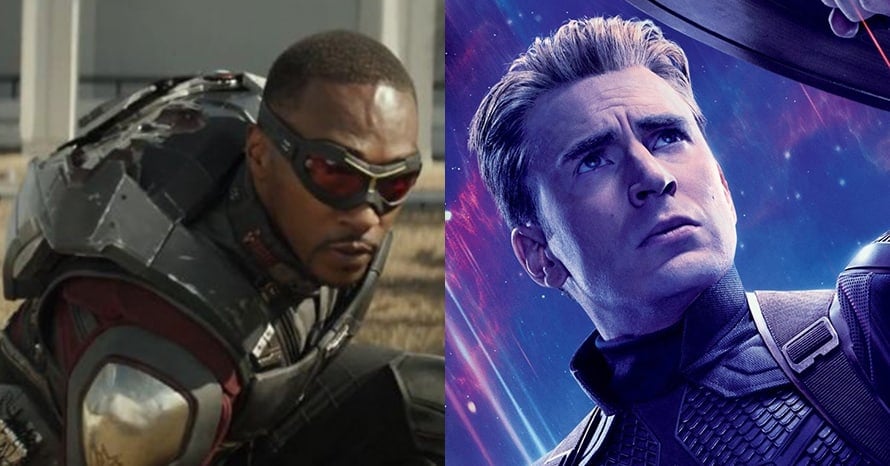 With The Falcon and The Winter Soldier only a few months away, Anthony Mackie suggests that Sam Wilson might not be the new Captain America.

While most fans assumed that Sam Wilson would become Captain America after Steve Rogers literally handed the shield over to him at the end of Avengers: Endgame, Anthony Mackie’s recent comments on The Jess Cagle Show suggest that someone else might end up being the new Captain America instead. Obviously we know Wyatt Russell will play a version of U.S. Agent, but could the Endgame ending be a misdirection to give Bucky Barnes the Captain America mantle?

Anthony Mackie dodged around the idea that Falcon is the new Captain America in the Marvel Cinematic Universe, saying “we don’t know that yet.” The star went on to say that Sam never actually said he’d take on the role at the end of the film, although obviously it was heavily implied. Mackie noted that the show explores who could pick up the Captain America identity, but clearly didn’t want to say too much in fear of spoiling the upcoming series.

“No, we don’t know that yet. The show, the idea of the show is basically, you know, and at the end of Avengers: Endgame, Cap decided he was going into retirement and he asked me if I would take up the shield, but at no point in time, did I agree to or say that I would be Captain America. So the show walks the line of who is going to take up the shield and who’s going to be Captain America if Steve isn’t coming back.”

What do you make of Anthony Mackie’s words on the Captain America mantle? Are you excited to see the series when it debuts on Disney Plus? Do you want to see Sam Wilson take the shield, or should Bucky Barnes get it? Sound-off in the comments below!

Here is the official synopsis for the upcoming Marvel Studios series:

The Falcon and The Winter Soldier will premiere exclusively on Disney Plus in March 2021. Stay tuned to Heroic Hollywood for all the latest news on the future of the Marvel Cinematic Universe and make sure to subscribe to our YouTube channel for more content!

The post Anthony Mackie Casts Doubt On Who Will Be The New Captain America appeared first on Heroic Hollywood.

Jon Bernthal Opens Up About Misuse Of ‘The Punisher’ Logo