Arsenal loan return emerges as ‘most likely’ option for Ceballos

Returning to Arsenal could … The post Arsenal loan return emerges as ‘most likely’ option for Ceballos appeared first on Football365. 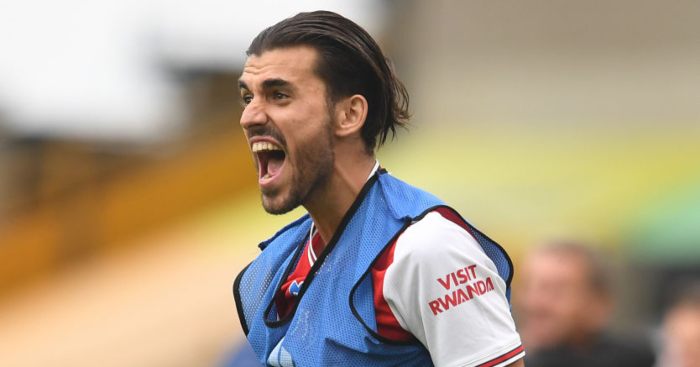 Returning to Arsenal could be the likeliest option for Dani Ceballos this summer, claim reports in Spain.

Ceballos spent the 2019-20 season on loan at Arsenal from Real Madrid. The midfielder featured 24 times in the Premier League, providing two assists, and also played all of the FA Cup final win over Chelsea.

Arsenal are now considering whether or not to try and bring Ceballos back to the Emirates Stadium. But with his future at Real Madrid equally unclear, a return to the Premier League could materialise, according to Diario Sport (via ).

The Spanish newspaper claims Madrid boss Zinedine Zidane is not convinced by the 24-year-old, . Therefore, with the La Liga champions looking to reduce their wage bill, Zidane would be willing to sanction Ceballos’ departure again.

Sport add that even though Ceballos was keen to return to the Bernabeu, his “most likely” option would be to have another year at the Emirates – hinting that Arsenal may only be able to keep him on loan, rather than buying him outright.

, when the Evening Standard revealed that Madrid were unlikely to sell him this summer, but Arsenal still wanted to keep him in some capacity.

Indeed, Mikel Arteta – who has overseen Ceballos’ improvement after a shaky start under Unai Emery – .

“I am really happy with him,” Arteta said at the time.

“I love how much he likes to play football, the passion he puts into every training session and in every game. His celebrations, whether he’s on the pitch or on the bench, he puts his life into it.

“He’s evolving the right way and has become a really important player for us.

“We are talking to the club – obviously we don’t own the player, it’s not in our hands. The clubs need to have communication and see what we can do.”

The post Arsenal loan return emerges as ‘most likely’ option for Ceballos appeared first on Football365.

The players with most goals & assists since Fernandes’ debut