Arsenal players ‘upset’ with Arteta as they back Partey

Should Mikel Arteta shoulder more of … The post Arsenal players ‘upset’ with Arteta as they back Partey appeared first on Football365.

Mikel Arteta has seemingly lost the support of members of his Arsenal squad amid the club’s recent poor form.

Arsenal have won just one of their last five games after some excellent post-Christmas results suggested they could turn their season around.

The Gunners are 11th in the Premier League table and travel to the Czech Republic next week for their Europa League quarter-final against Slavia Prague after a disappointing first-leg draw.

Arteta has faced immense scrutiny in his first full campaign as a manager, accepting full responsibility for the recent surrender against Liverpool.

But the Spaniard also publicly questioned his players in the aftermath of that defeat, which some members of his squad feel is indicative of a recent reluctance to shoulder any of the blame.

“We couldn’t put three passes together, they did that really well, they counter-pressed, but it was too many simple things not done right,” he said.

“The basics were not there today, and when you do that against this level of opponent you get punished like we have.” 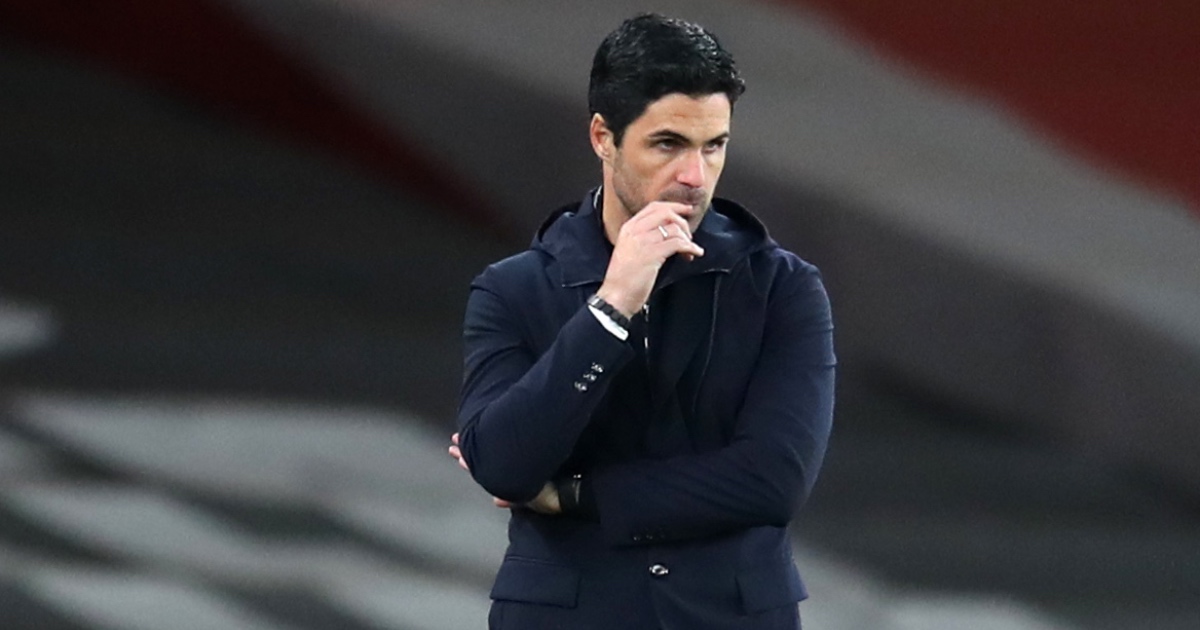 The Sun report that some ‘senior’ players have become ‘increasingly frustrated’ at Arteta’s attempts to ‘paint a picture that the fault for the side’s poor season is all down to them’.

While ‘all accept’ their own shortcomings there is a burgeoning belief that the manager deserves more blame as they ‘have found it hard to know exactly what their coach wants from them’.

Players have also noticed that Arteta will react to disappointing performances or results by making a headline-grabbing change in personnel for the next game, thus ‘giving the impression that individual players are culpable’.

Pierre-Emerick Aubameyang has been a recent high-profile example, losing his place for the Slavia Prague draw after the defeat to Liverpool in which no player emerged unscathed.

finding his first season in north London “difficult” but some teammates feel that he ‘is not being allowed to flourish because of the manager’s ideas’.

Three further issues have been raised behind the scenes – from tactics to ‘management techniques’ and a ‘lack of team identity – while some players have even suggested that ‘the club have allowed the public perception to become one where they are letting their boss down’.

The post Arsenal players ‘upset’ with Arteta as they back Partey appeared first on Football365.

West Ham 3-2 Leicester: Welcome back to the Lingard show