Arsenal are one of … The post Arsenal, Wolves and Inter want £36m Club Brugge forward appeared first on Football365. 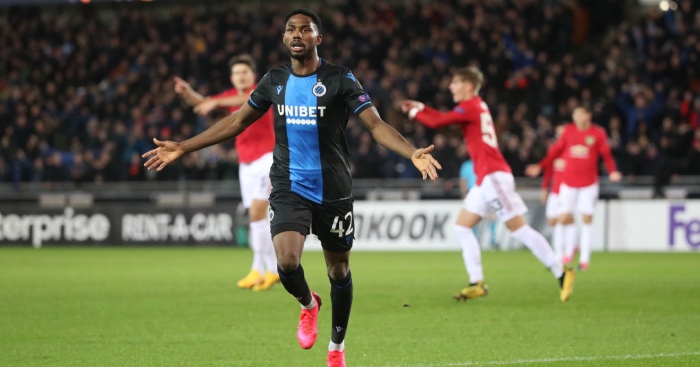 Arsenal are one of the frontrunners to sign Club Brugge’s £36 million rated forward Emmanuel Dennis, according to reports.

Dennis has had an impressive season with Brugge and is now wanted by a host of clubs across Europe.

He’s been involved in 11 goals in 33 games this term. His impressive displays have made him one of the most valuable players in Belgium.

FEATURE: The most valuable footballer for every age 16-42

The Gunners are joined by Wolves, Inter Milan, Leeds United and RB Leipzig in the hunt for his signature.

Bayer Leverkusen may also join the list if they lose wonderkid Kai Havertz to Chelsea.

According to Caught Offside, Arsenal are hoping to sign Dennis to provide competition for current forwards Pierre-Emerick Aubameyang and Alexandre Lacazette.

Currently aged just 22, Dennis would be a player that Mikel Arteta could build around for the future. Aubameyang is now 31 while Lacazette is 29, which means the Gunners will have to start looking at long-term solutions soon.

Another reason why Dennis is attractive to the North London club is his ability to play anywhere across the front line. This season he’s been used on both wings, just behind the striker and as a lone striker.

Leeds United are interested in signing the Nigerian as they prepare for a return for the Premier League. He would be used to support Patrick Bamford up front. The Yorkshire side are also linked with Liverpool duo Divock Origi and Rhian Brewster.

Wolves may move for the player if they lose Raul Jimenez this summer. The Mexican has become one of the top strikers in the Premier League after scoring 17 goals during the most recent campaign.

Man Utd were thought to be interested in signing Dennis previously, although their interest has now cooled as they target other options.

The player is expected to cost around £36 million, although this could increase if a bidding war starts.