Aston Villa give Newcastle a cruel look at alternate reality

Newcastle do not have a perfect … The post Aston Villa give Newcastle a cruel look at alternate reality appeared first on Football News -. 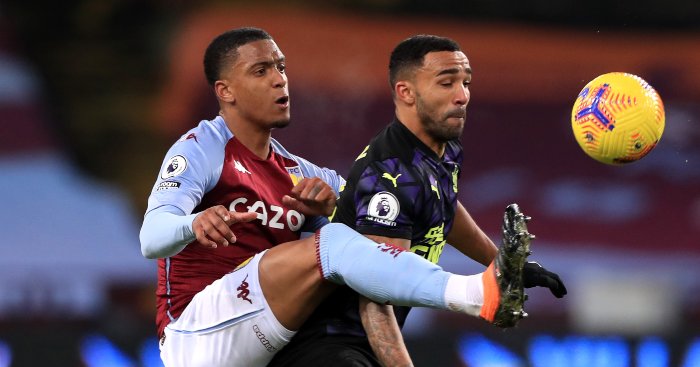 Newcastle do not have a perfect squad but it should be far better than relegation quality by every metric. Aston Villa are laughably clear.

‘Wilson wins the ball and has to set a Newcastle attack all of his own. When five defenders surround him, he loses the ball.’

For Callum Wilson, it was an evening that underlined the stark difference between good and bad choices. The 28-year-old has failed to score in his last six matches, although he can take some consolation from the fact that the man Aston Villa signed as his alternative ended his own nine-match goal drought .

“I wouldn’t say it was an easy decision,” Wilson declared in the summer. “Villa is back home for me, I looked at both of the squads, and I feel like I can fit into this team nicely. There are great players here already,” he added, before scanning through his fresh Newcastle contract and coming to the clause that insists all new signings must refer to Goal! and explain how the fictional exploits of Santiago Nunez tempted “the little boy inside me” to Tyneside.

It was that rejection which forced Villa to turn to Ollie Watkins as the spearhead of this vibrant, young, diligent attacking team. Neither he nor Dean Smith will regret the circumstances that reunited them.

But it is worth bearing in mind those words from Wilson when examining the wreckage of another Newcastle defeat. Only in hindsight has his choice of the team in 13th over a side that finished four places below and a single point clear of relegation last season proven to be a mistake. He was not the only one who would have assessed both squads and seen the Magpies as shinier by comparison. He was right that Newcastle have “great players”, at least in a Premier League sense. Yet as Steve Bruce meanders into a relegation battle, the tide of public opinion is slowly turning.

Not against him, it should be said, but in his favour. Jamie Redknapp suggested in June that the manager “can get more out of some of the players” while stressing that “sometimes you need a year for things to improve”. In the aftermath of the Villa surrender little over six months later, the Sky Sports pundit suddenly “can’t see many Newcastle players you’d get money for” and “the academy” is to blame.

The manager that has overseen ten games without a win, one goal – an 82nd-minute consolation in defeat – in eight matches, a League Cup exit to a Championship side’s second string, a loss to statistically the worst team in top-flight history and 3-0 and 2-0 setbacks since that self-confessed “absolute shite” showing at Bramall Lane prompted him to take “the gloves” off and declare things were going to be done “my way”? Well Redknapp “feels sorry” for that “warrior” who “must think to himself, ‘I don’t need this'”.

Poor Bruce, forced to play Andy Carroll without wingers and Miguel Almiron without confidence. He really doesn’t need this. And currently Newcastle really don’t need him.

If Newcastle and Steve Bruce stay together for another ten years, their games will still look like this. There are no ideas here.

It is a fallacy to say that this squad is poor. It’s not good enough for the Champions League glory many pundits assume Newcastle supporters are demanding, but it is a perfectly serviceable mid-table outfit at least. . It is not a perfect selection of players but there is proven experience in every position, some courted by many a rival over the years, with even the Longstaffs emerging from the supposedly barren youth ranks. One was of the current league leaders less than a year ago; it is a failure of coaching that he was left out of the squad to face Villa to absolutely no discernible reaction.

These players should not rank in the bottom three for shots per game, shots faced per game, average possession, pass accuracy, touches in the opposition area or chances created. This is neither a defensive nor an attacking side but, as Jamie Carragher had it, a “nothing” club battling relegation by every metric, including a table that has them two points above Brighton with a seven-point gap to an improving Fulham side with a game in hand.

The Newcastle response, to back Bruce with the pursuit of Graeme Jones to add to his backroom staff, is tantamount to gross negligence. The 50-year-old respected in the game and will bring different ideas but he accompanied Bournemouth on their drop into the Championship last season. It is like treating a terminal illness by wrapping a bandage around it.

Saturday evening was particularly frustrating as it offered a first hand view of what Newcastle could be with ambitious, driven owners, a manager capable of learning from his mistakes and growing, a talented squad willing to work hard and together and a unified fanbase expecting little more than a team to be proud of each week.

Many may still claim they are fortunate to still be in the division, mere beneficiaries of one technological failure over a 38-game season in which they themselves fell victim to their share of unjust decisions. But few would argue Villa have not taken advantage and built on those foundations to create a solid team on an upward trajectory. They know what they’re doing. They know who they are. They have adapted and evolved. They have a plan, an idea.

Newcastle are utterly bereft in every sense. Only a handful of months ago they were considered a more attractive proposition than a Villa side that trailed them by nine points at the end of last campaign and has proceeded to lap them twice over. They have thrived since letting Bruce go; the supporters of his current club should be forgiven for wondering if they could do the same.