Aston Villa midfielder Douglas Luiz is eager to leave the club amidst interest from AS Roma, according to reports.

The Brazil international signed for the Villans for around £15million from Manchester City in 2019 and has made over 80 appearances for the Midlands club.

His contract expires in 2023 and . Man City also hold a buy-back clause should they wish to exercise it.

The Serie A outfit were chasing a new midfielder in the summer transfer window, most notably being linked with Arsenal midfielder Granit Xhaka.

Their search is still on, with Luiz topping Jose Mourinho’s shortlist, ).

However, Aston Villa are reportedly demanding a ‘not very negotiable’ €35m fee for the Brazilian defensive midfielder.

The report adds that Luiz interests the Italian club ‘quite a lot’ and that the 23-year-old ‘wants to leave’ the Premier League side.

Luiz’s representatives are ready to push for the midfielder’s sale. Whether it will come in January or at the end of the season remains to be seen, however.

Meanwhile, after two late goals got his managerial reign at Aston Villa off to a winning start.

Gerrard celebrated exuberantly when Ollie Watkins broke the deadlock after 84 minutes to put Villa in front against Brighton.

And the former Liverpool midfielder was jumping around his technical area again two minutes from time when Tyrone Mings lashed in another goal to seal a 2-0 victory.

Gerrard, who left Rangers during the international break to replace Dean Smith at Villa Park, said: “I was feeling a combination of things. It was a mixture of excitement, relief and pride. I cannot be any more proud of the players. This was a big week, a big game for the team on the back of losing five.

“Some people were only around for a couple of days in the week. Everything we have asked them to do, in the main, they have followed instruction and delivered a really good performance in the end. I couldn’t be more proud.” 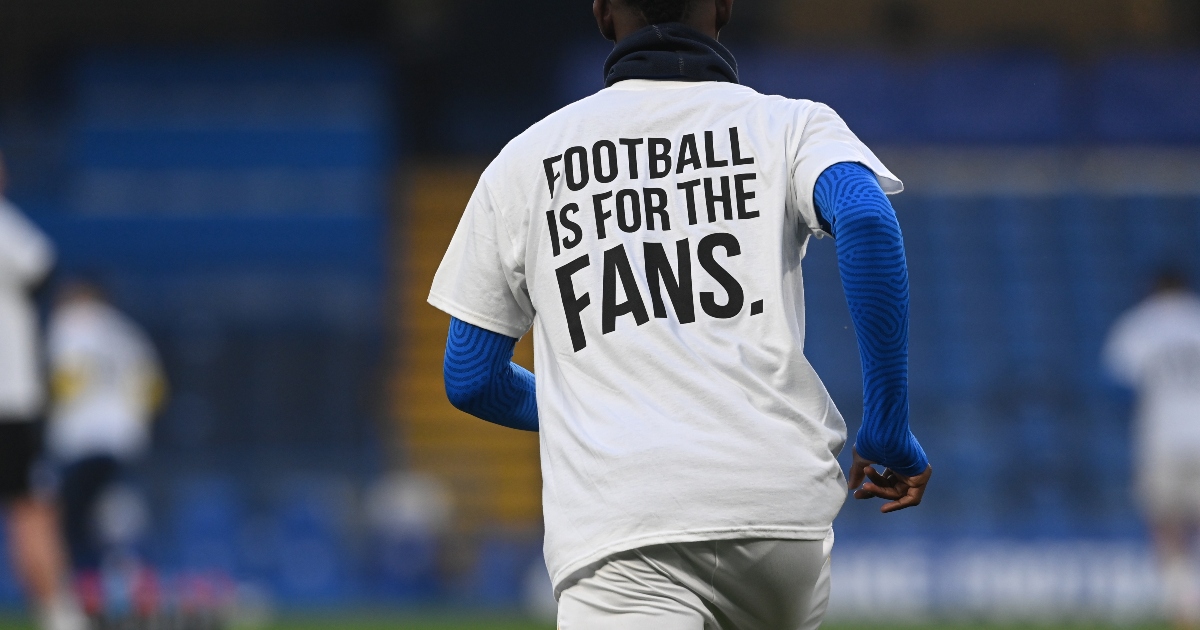 The creation of an independent regulator for football has been endorsed in principle by the Government.

The fan-led review of football governance, chaired by former Sports Minister Tracey Crouch, has concluded that such a regulator is required to provide financial oversight in the English game and that football could no longer be left to run itself.

Culture Secretary Nadine Dorries welcomed the review, and said the Government would now work on a substantive response which it would present next spring.

MAILBOX: Why would PSG let Pochettino go to Man Utd?

However, she has already indicated the Government’s support in principle for an independent regulator.

“We are at a turning point for football in this country,” Dorries said in a written ministerial statement to the House of Commons.

“The review is a detailed and worthy piece of work that will require a substantive response and plan of action from across Government.

“But the primary recommendation of the review is clear, and one the Government chooses to endorse in principle today: that football requires a strong, independent regulator to secure the future of our national game.

“The Government will now work at pace to determine the most effective way to deliver an independent regulator, and any powers that might be needed.”

The Conservative Party promised the fan-led review in its 2019 General Election manifesto, following the demise of Bury earlier that year.

It commissioned the review in April of this year, following the controversy surrounding the short-lived European Super League.

The creation of an independent regulator via an Act of Parliament was the central recommendation of the review.

Its primary purpose would be to ensure clubs are run sustainably and for the benefit of their communities through a licensing system.

The regulator would have responsibility for administering strengthened owners’ and directors’ tests, and would impose a solution on financial distribution between the Premier League and the EFL if they cannot work one out themselves.

The review called for a shadow regulator to be set up immediately and Crouch told the PA news agency she hoped it would be fully up and running in time for the 2023-24 season.

The review also proposed a transfer levy of up to 10 per cent on Premier League clubs signing players from overseas or from other top-flight clubs.

It also called for a pilot on the sale of alcohol in sight of the pitch at selected National League and League Two matches, better support for young players released from academies and a separate review of women’s football.

Dorries added in her statement: “The review demonstrates that there are fundamental issues with our national sport, and that this merits radical reform. Fans across the country want and deserve that reform.”