At a time when variety and talk shows have started to dry up, Peacock is flying in to the rescue. NBC’s streaming service announced The At Home Variety Show, a short-form comedy series hosted by Seth MacFarlane and featuring a star-studded line-up of NBCUniversal stars that will aid coronavirus (COVID-19) relief efforts. It’s uncertain how Peacock will […] The post ‘At-Home Variety Show’ Will Bring Star-Studded Performances to the Peacock Streaming Service, With Seth MacFarlane Hosting appeared first on /Film.

At a time when variety and talk shows have started to dry up, Peacock is flying in to the rescue. NBC’s streaming service announced The At Home Variety Show, a short-form comedy series hosted by Seth MacFarlane and featuring a star-studded line-up of NBCUniversal stars that will aid coronavirus (COVID-19) relief efforts.

It’s uncertain how Peacock will fare in the increasingly crowded streaming wars, but one thing that NBC’s upcoming streaming service has at its disposal is a butt load of beloved comedy stars, the vast majority of which they’re bringing on board The At-Home Variety Show hosted by MacFarlane. Each episode of the daily series, which kicked off yesterday at 7 P.M. EST and will run for four weeks, is comprised of a short-form comedy segment that runs under 10 minutes.

“We are excited to stream The At-Home Variety Show on Peacock,” Bill McGoldrick, President of Original Content, Peacock, said in a statement. “Peacock’s launch coincides with a moment in our history when connection, community and content are more important than ever. We want to deliver fun and timely content in a way that only Peacock can, by bringing together entertainment, news and sports to support these great charities.”

If you’re wondering how Peacock launched a new series if the streaming service is only available to a select few at the moment, the specials can be seen on Peacock’s social handles, including YouTube and Facebook. The series is a charitable initiative created to raise awareness for Feeding America, Americares, and United Way — charities on the frontline of the coronavirus pandemic. Lining up for the charitable cause is a whole host of high-profile NBC stars whose numbers are so many that the list is going to require a whole paragraph to itself.

Whew, okay. That’s a whole lot of stars. But it’s unsurprising considering the comedy segments are shot at home and Hollywood’s biggest stars are bored out of their minds. But the cause is good, and the press is beneficial for Peacock as it gears up for an official July 15, 2020 launch.

The Scrapped ‘Batman vs. Superman’ Movie From the Early ’00s Was “The Darkest Thing...

Could there be more spin-offs from Titans on the way to DC Universe? Why did Batwoman copy a Wikipedia article? Who does Rob Liefeld want to see play John Prophet? Want to watch The Batmobile Documentary? Who did Matthew Vaughn reportedly consider to play Superman? Want to learn how to draw Iron Man from a […] The post Superhero Bits: ‘Titans’ Spin-Off Rumors, Watch the Batmobile Documentary, Quicksilver Concept Art & More appeared first on /Film.

Could there be more spin-offs from Titans on the way to DC Universe? Why did Batwoman copy a Wikipedia article? Who does Rob Liefeld want to see play John Prophet? Want to watch The Batmobile Documentary? Who did Matthew Vaughn reportedly consider to play Superman? Want to learn how to draw Iron Man from a Marvel Comics artist? All that and more in this edition of Superhero Bits.

Go behind the scenes of “A Secret Kept From All the Rest,” the latest episode from the first season of Batwoman. 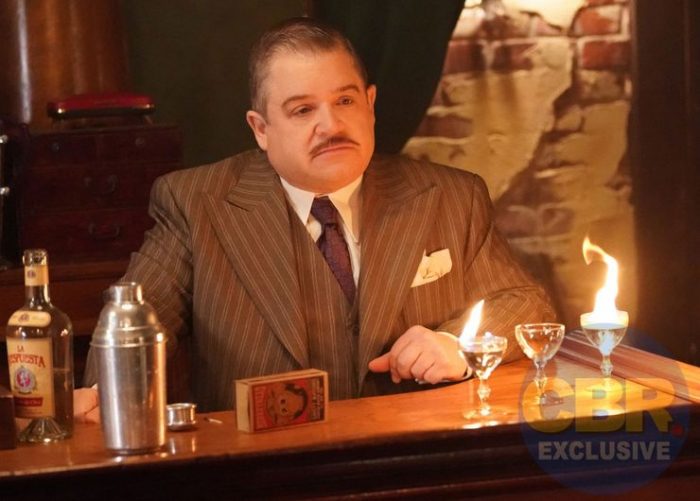 Patton Oswalt is returning for the final season of Agents of SHIELD, presumably as another Koenig brother.

Batman: Mask of the Phantasm and Batman: The Animated Series writer Marty Pasko died at age of 65.

Stargirl is finally coming to DC Universe on May 18 and The CW shortly thereafter, and here’s the final trailer.

For some reason, a Wikipedia article was copied verbatim and used in a recent episode of the Batwoman series.

This is a Loki image I did before preproduction started on Thor. Always kinda liked this one.

Ryan Meinerding created this concept art piece for Loki before pre-production ever started on the Thor movie.

The CW has acquired broadcast rights to DC Universe original series Swamp Thing, but for what purpose?

Due to the amount of graphics and images included in Superhero Bits, we have to split this post over THREE pages. Click the link above to continue to the next page of Superhero Bits.