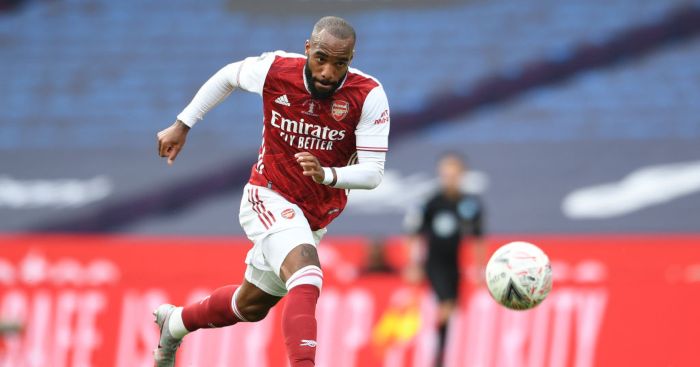 Atletico Madrid are prepared to include one of three players in any deal to bring Arsenal striker Alexandre Lacazette to Spain, according to reports.

Lacazette‘s future at the Emirates Stadium has come into question recently. With Arsenal preparing a big new contract for Pierre-Emerick Aubameyang, they may not be able to guarantee regular first team football to the Frenchman.

And now Spanish publication claims that Atletico ‘will try to achieve their objective by luring’ Lacazette to Madrid this summer with moves for the likes of Edinson Cavani, Gonzalo Higuain or Luis Suarez probably out of the question.

Atletico sporting director Andrea Berta is preparing a ‘swap deal’ for Lacazette with Thomas Lemar, Angel Correa and Vitolo the three players that the Spanish side are willing to let go as a ‘makeweight’.

Arsenal are likely to be interested in a swap if long-term target Thomas Partey was included in the deal but the LaLiga outfit ‘are not willing to part ways with their midfielder’.

On a swap deal, Marca adds: ‘This deal was put on the table back in January, but Arsenal turned down the offer.

‘However, the circumstances and needs of both clubs have changed and talks may resume from another prism.’