Avengers: Endgame was the end of Steve Rogers' MCU story, but an Easter egg referenced another version of Captain America from Marvel Comics. 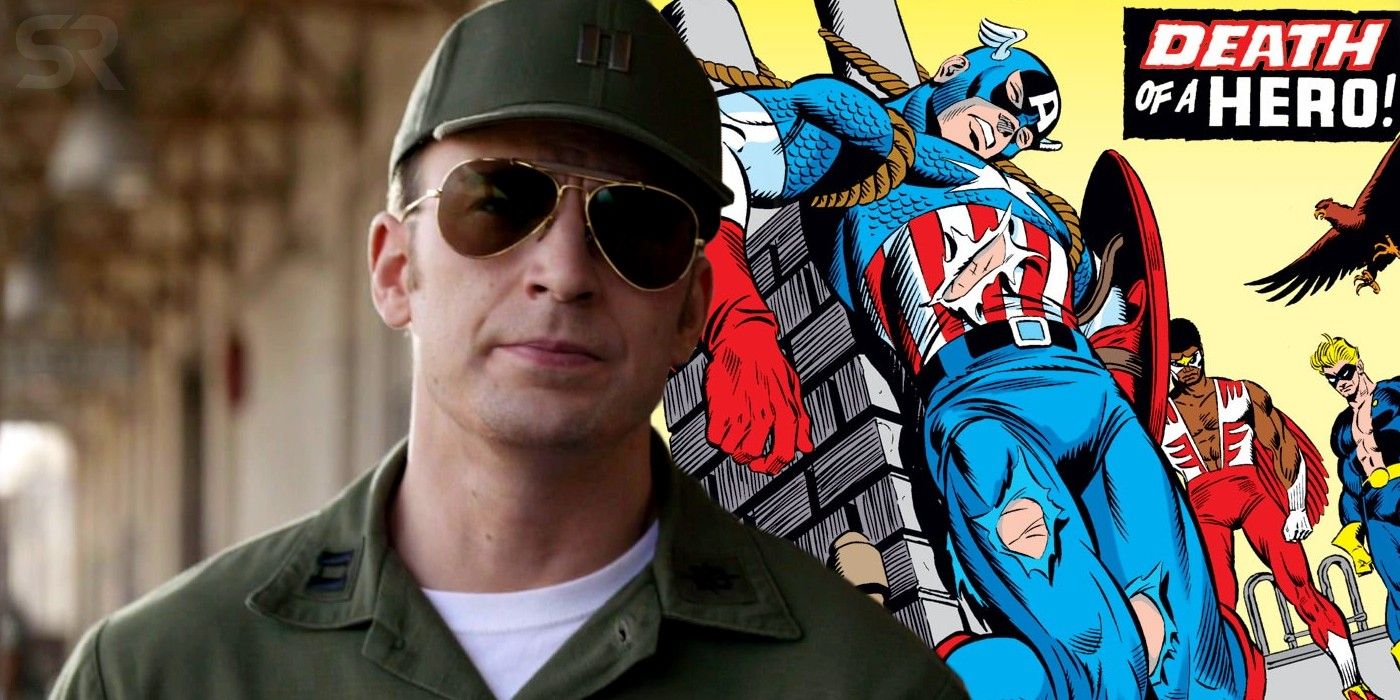 After the Avengers went back in time to take the Infinity Stones to bring back the people Thanos snapped in Avengers: Infinity War, Cap's story was wrapped up. He volunteered to go back in time again and put the Infinity Stones back where they belonged but then decided to stay in the past to live a full life with Peggy Carter. Instead of leaving the world without Captain America, Steve returned to the present day in 2023 to give a new shield to Sam Wilson aka Falcon so he can take on the mantle. However, Avengers: Endgame also included a reference to a different Captain America.

During Avengers: Endgame's time travel missions, Steve and Tony Stark had to travel to 1970 to acquire the Tesseract and more Pym Particles after failing to get the Space Stone in 2012. This spontaneous mission took them to Camp Lehigh, the "birthplace of Captain America." As a result, Steve had to go a bit undercover to avoid being recognized and he wore a U.S. Army suit that had Roscoe on the name tag. Although the last name of Roscoe doesn't hold much significance in Marvel mythos, this appears to be a clever nod to another version of Captain America named Roscoe Simons.

In the mid-1970s of Marvel Comics, Steve Rogers left the Captain America mantle behind to become Nomad, but this resulted in numerous individuals wearing the red, white, and blue instead. This duty originally turned to Bob Russo and "Scar" Turpin, but they both failed to be a proper successor to Steve. Instead, Roscoe Simons proved to be a better replacement, earning the endorsement of Steve and was allowed to carry the Captain America shield. Roscoe trained with Falcon to learn how to be a superhero but was captured by Red Skull not too long after. Red Skull murdered Roscoe after discovering he was not fighting the real Captain America and his death is what brought Steve back to his title once more.

Despite this potential Easter egg to Roscoe, there is no immediate future for him in the MCU, even with the complicated nature of the Captain America mantle. Falcon may have been given the shield at the end of Avengers: Endgame, but he will not be the Captain America during The Falcon and The Winter Soldier. The government instead appears to select John Walker to take over the mantle. The Falcon and The Winter Soldier is also rumored to include other versions of Captain America, though, so perhaps another reference to Roscoe could be made soon.

MORE: Every Captain America Rumored For Falcon & The Winter Soldier

‘In Search of Tomorrow’ Trailer: A Documentary Devoted to ’80s Sci-Fi