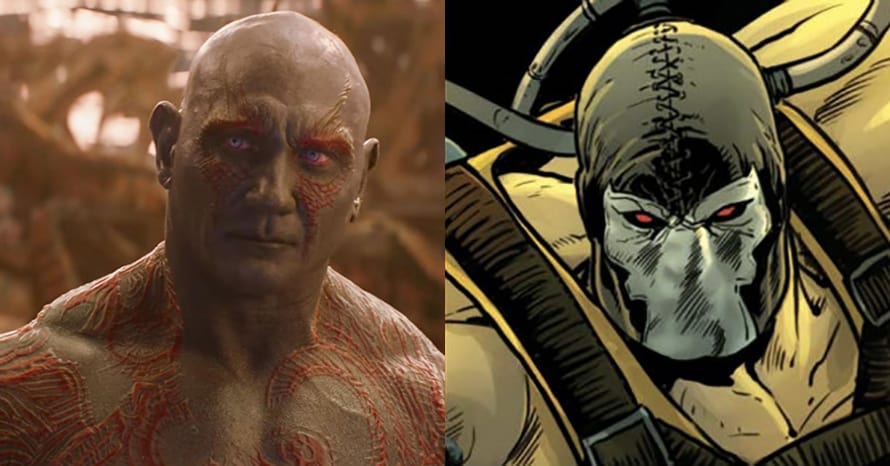 Avengers star Dave Bautista recently revealed how he auditioned to play Bane in a movie for Warner Bros.

With Warner Bros. pushing ahead with a new version of Bruce Wayne with Robert Pattinson starring in The Batman, many fan are wondering which villains the studio might use in future sequels. And although one early rumor suggested Joker is the frontrunner, many would like to see Avengers star Dave Bautista as Batman villain Bane. During an appearance at Justice Con, Bautista explained that he made an appointment with Warner Bros. and told them he wanted to play the iconic DC Comics villain.

“Oh, it would be Bane all day long. I’ve made no secret about this. I want to play Bane so bad I went to Warner Bros., had an appointment with them, had an appointment with DC, walked in the door and said, ‘I want to play Bane.’ I’m not kidding. They were a little like ‘Woah, we’re not even casting Bane.’ I was like ‘I don’t care, I’m playing him.’”

It’s hard to deny that the Avengers star would be a good fit for the role, and he wouldn’t need to bulk up too much since he’s well-known for his ripped physique already. Dave Bautista later quoted a news piece covering his attempts to play Bane, explaining that Warner Bros. took it in good spirits but showed him the door. This isn’t the first time he’s discussed playing Bane, previously debunking theories that he’d play the villain opposite Robert Pattinson in The Batman. However, Bautista followed it up by saying he’s used to finding an alternative route when it comes to his career.

I wasn’t joking. But in all honesty they did have a good giggle and show me the exit.

My life seems to be a continuing mission to find an alternative route to get to where I want to be. I’m good with that.. #DreamChaser https://t.co/hRpfwIdvWg pic.twitter.com/5PTG06M47C

Would you like to see Avengers star Dave Bautista as Bane in a DCEU movie? Should he star in a future sequel to The Batman? Sound-off in the comments below!

James Gunn Won’t Let Dave Bautista Do His WWE Move In ‘Guardians Of The Galaxy Vol. 3’

Dave Bautista will next be seen in Army of the Dead. The film is one of the first projects Zack Snyder has taken upon with his production company The Stone Quarry. Set during a zombie outbreak in Las Vegas, Army of the Dead follows a group of mercenaries that venture into a quarantine zone to pull off the greatest heist ever attempted. Zack Snyder co-wrote the screenplay with Shay Hatten.

Army of the Dead is set to hit Netflix in 2021. Stay tuned to Heroic Hollywood for all the latest news on the Avengers franchise, Dave Bautista and Bane, and be sure to subscribe to Heroic Hollywood’s YouTube channel for more original video content!

10 Things That Make No Sense About The Marvelous Mrs. Maisel