The Azerbaijan GP has dismissed a mid-June date swap with the Turkish GP in Istanbul to help solve Formula 1's logistics issues linked to the UK's 'red list' travel restrictions.

Istanbul Park has taken over the slot June 13 slot that was initially allocated to Montreal before the cancellation of the 2021 Canadian GP.

However, the UK's recent decision to include Turkey on its Covid-19 'red list', which imposes stringent travel restrictions and quarantine measures on anyone traveling from the listed countries, has throw a spanner in the works.

A majority of F1 personnel would fall within the restrictions upon its return to the UK after the Turkey GP and would be forced to comply with the mandatory 10-day quarantine in government-approved hotels imposed by the UK.

Swapping Baku on June 6 with Istanbul a week later would allow F1's UK personnel to spend enough time outside of Turkey to enable it to sidestep the 10-day quarantine upon its return to base.

But Baku City Circuit boss Arif Rahimov had ruled out the date swap because the Azerbaijan capital is set to kick off on June 12 its hosting of the UEFA Euro 2020 football competition.

"There were talks, but in our case, our race weekend is really fixed," Rahimov told the media on Wednesday.

"It was kind of squeezed in-between all the other events happening in the city, because the football is still going ahead.

"The first game will be on June 12, which is on the Saturday following the race weekend. So there is not much that we can do in terms of we’re not very flexible this year.

"I guess if it was any other year where we’re the only major event on the calendar of Baku, then yeah, that could have been an option. But not this year."

The situation of the Turkey GP therefore remains in flux, with F1 assessing its options which could include scrapping the event altogether and adding an additional race at one of the sport's European venues, likely in Austria which could prompt the French GP to move its scheduled June 27 race forward by a week.

After its event was canceled in 2020 due to the global coronavirus pandemic Baku will run its race this year without any spectators, leaving organizers to focus on the smooth running of its Grand Prix and on the F1 community's safety.

"We’ve done so many things for them in previous years, all the entertainments along the promenade," Rahimov said.

"We’ve done concerts, we usually do three concerts every year, just for the race, doing afterparties, and pit lane walks, you name it, there’s a lot of stuff to be done for the spectators, which we’re not doing this year.

"The only thing left is obviously taking care of things during the pandemic, and making sure that everyone is safe. That corresponds to people working for the circuit, like our contractors and all the stakeholders.

"For that, we’re taking the usual precautions, wearing masks, personal hygiene, all those things mandated by WHO and in our country.

"I wouldn’t say it’s complicated. It’s just different, unfortunately to the worse side."

Hill: Taking on Hamilton 'not as easy as it looks' for Verstappen

Hill: Taking on Hamilton 'not as easy as it looks' for Verstappen

Damon Hill says that for all his abundance of talent and the qualities of his Red Bull car,... The post Hill: Taking on Hamilton 'not as easy as it looks' for Verstappen appeared first on F1i.com. 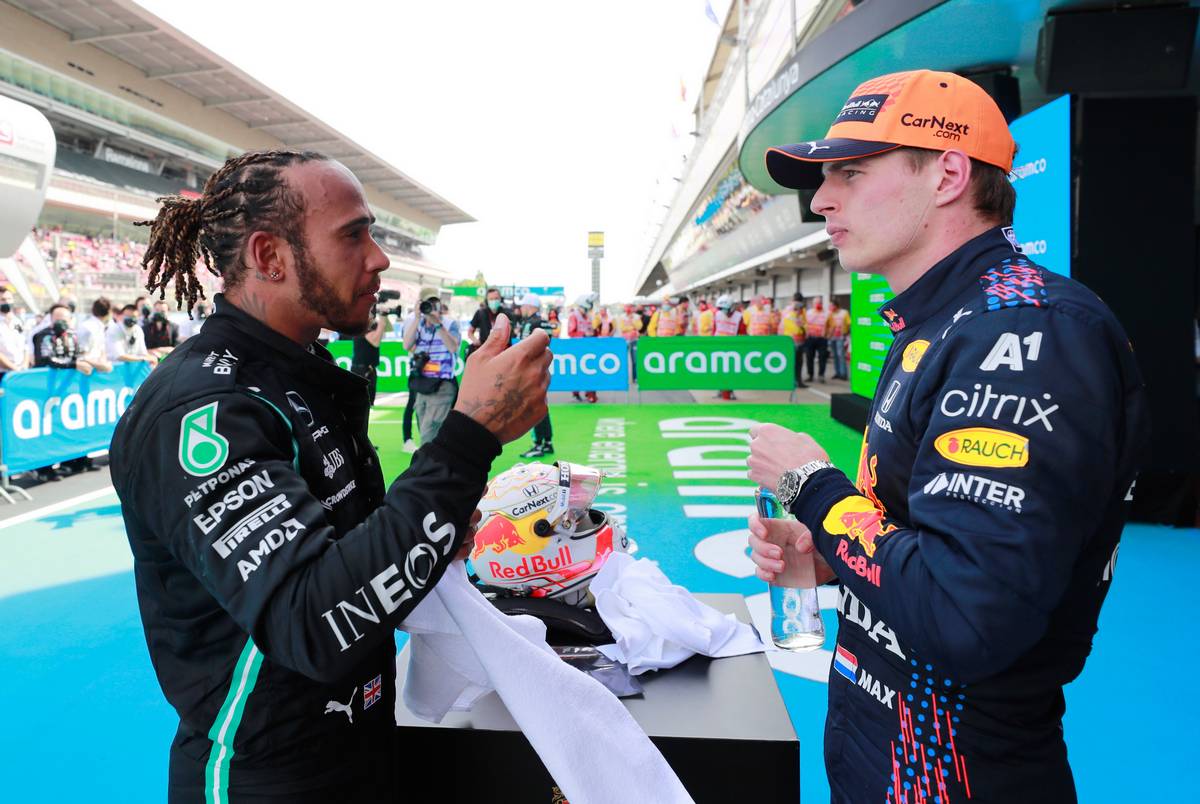 Damon Hill says that for all his abundance of talent and the qualities of his Red Bull car, Max Verstappen isn't having an easy time taking on reigning world champion Lewis Hamilton.

Verstappen has been singled over the years as Hamilton's closest challenger when he has a car worthy of his outstanding skills.

This year, Red Bull is generally regarded as having the quickest car and a machine finally capable of giving the mighty Mercedes squad and its star driver a consistent run for their money.

But although the pressure exerted by Red Bull and Verstappen on Mercedes this year is immense, Hill believes the increasing tension is spurring Hamilton on and pushing F1's mega-star to the next level.

"It's like the Goliath story, he stands there beating his chest saying 'who is going to tackle me, who is going to take me on'," the 1996 F1 world champion explained on the latest F1 Nation podcast.

But with just one win in four races and all other events falling to Hamilton, Verstappen is showing that overhauling the seven-time world champion is a massive task.

"I think all these things just give Lewis more satisfaction when he prevails. I think Lewis has been on tick over for a long time and it's been easy, and that's why he hasn't gotten the recognition he deserves.

"This year Max has taken the challenge, but he's also shown that it's not as easy as it looks when you get to the sharp end."

The post Hill: Taking on Hamilton 'not as easy as it looks' for Verstappen appeared first on F1i.com.