An Emirates Boeing 777 was forced to divert back to its Dubai, where it originated. The flight repatriating… 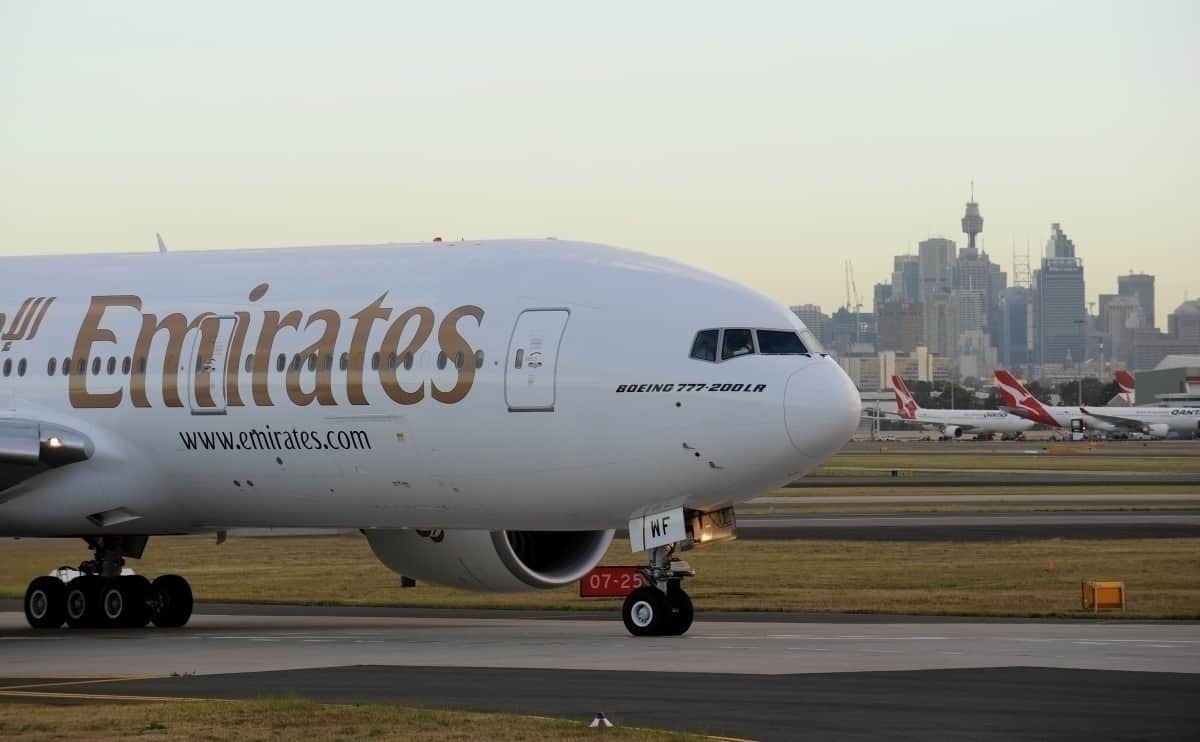 An Emirates Boeing 777 was forced to divert back to its Dubai, where it originated. The flight repatriating Nigerians to Lagos was caught up in a medical emergency when a passenger gave birth on board the flight.

Now and again, a baby is born on a flight, although it remains a relatively rare occurrence. We last reported on an in-flight birth in February when a baby boy was born on a Qatar Airways Boeing 777 flight. It seems as though another baby has been born on a Boeing 777 flight from the middle east, however. The event took place on a repatriation flight to Lagos.

Before the current situation, flight EK783 was a daily Emirates Boeing 777 flight from Dubai to Lagos in Nigeria. The trip last operated regularly on the 22nd of March, over a month ago. However, today the flight was due to run as a one-off. The purpose? To repatriate Nigerian citizens to Lagos.

The flight initially departed from Dubai at 10:55 local time this morning. However, it was back on the ground just 33 minutes later at 11:28. Shortly after takeoff, one of the passengers onboard the flight went into labor. The Nigerian publication Vanguard states that she gave birth to a boy, and is now being cared for in a Dubai Hospital.

“One of the passengers, a lady had a baby on the flight, or went into labour on the flight. So, the plane had to turn back. But I am happy to say that mother and child are doing very well. They are in hospital and the [lagos] arrival time has been rescheduled to 7.00 p.m.”

The aircraft in question, A6-EPM, has remained in Dubai since the baby was born. However, the majority of passengers were moved into a replacement Boeing 777 aircraft, A6-EGO. The plane took off at 15:09, around four and a quarter hours after the original departure.

It seems as though the replacement flight was less eventful as it arrived in Lagos at 19:29, seven hours and twenty minutes following its Dubai Departure.

What happens when a baby is born on a flight?

According to The Points Guy, most of the time, children born in flight will be given their parent’s nationalities. However, there are a few exceptions, such as being born in US airspace. Just Landed states that:

“Children of foreigners born in Dubai don’t have rights of local citizenship and automatically assume the nationality of the parents.”

As such, one would imagine that the baby gets the citizen of its parents in this case.

In some cases, babies born on flights are given free flights, perhaps for life, or until they turn 18. This provides a nice little PR boost for airlines. However, such policies aren’t advertised by airlines. They, understandably, don’t want to encourage births on flights.

What do you make of the events on today’s Emirates flight to Lagos? Let us know your thoughts in the comments.