Back After 19 Months: Emirates’ Boeing 777s Return To Newcastle

Emirates has resumed Dubai to Newcastle, in England’s northeast, with the first flight since March 2020 in the… 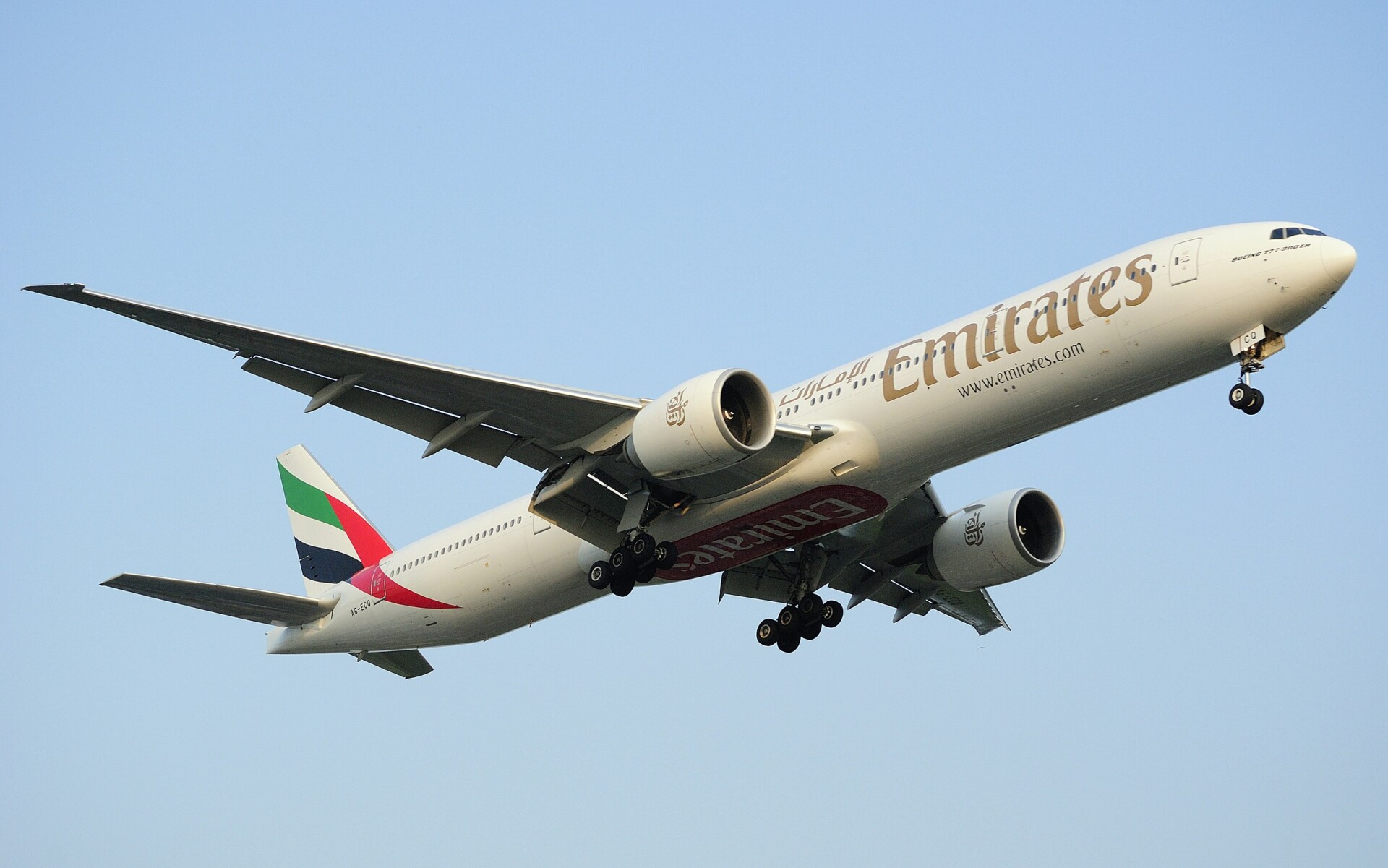 Emirates has resumed Dubai to Newcastle, in England’s northeast, with the first flight since March 2020 in the air as this article is written. We look at this route and see that Newcastle is one of five UK airports currently served by Emirates.

October 15th marked the return of Emirates to Newcastle, with the 3,056 nautical mile airport pair now operating on Mondays, Wednesdays, Fridays, and Sundays in both directions. This is down from seven-weekly in 2019, but it is excellent that it has resumed.

The current schedule is as follows (all times are local). Intriguingly, Emirates has shifted the departure from UAE to the afternoon; Newcastle is in the carrier’s second-largest bank of departures to Europe. Every other day since the route began, it took off in the morning during the carrier’s largest departure bank.

Stay aware: Sign up for my weekly new routes newsletter.

A long-established route, Emirates inaugurated Newcastle in September 2007 and was initially operated by the A330-200. The B777-300ER took over from September 2012, replaced on occasion by the B777-200LR. Speaking of the relaunch, Nick Jones, CEO of Newcastle International Airport, said:

“Today marks a very important milestone in the recovery of the Airport and of international travel from the region. Emirates provides vital connectivity to Dubai and beyond for passengers traveling for business, leisure, or to visit friends and family.”

Australia had the most passengers

In 2019, Emirates’ Newcastle route carried 227,629 passengers to, from, and over Dubai, according to the UK’s Civil Aviation Authority. When passenger volume is related to seats for sale, the route had an approximate seat load factor (SLF) of 94%. Don’t forget that SLF is just one measure of performance; how it is achieved is crucial.

Emirates carried more passengers from Newcastle to Australia than any other country, booking data indicates. Thailand was second, followed by India, Singapore, Pakistan, Hong Kong, Philippines, New Zealand, China, and Bangladesh. On an airport pair basis, Bangkok was very much number one.

Newcastle is one of five UK airports served

Emirates’ UK network now comprises Heathrow, Manchester, Birmingham, Glasgow, and Newcastle. Gatwick is bookable from December 10th, while Edinburgh and Stansted are not (yet?) bookable for any period.

Dubai to Edinburgh and Stansted launched in 2018, meaning they haven’t had much time to develop. It’s the same for other new routes, such as British Airways ending Pittsburgh and Charleston that began in 2019. When times are very hard, tough decisions must be made.

Are you planning to fly Emirates from Newcastle or any other UK airport? Let us know in the comments.

Could Embraer’s E2 Be The Perfect Fit For Croatia Airlines?

Could Embraer’s E2 Be The Perfect Fit For Croatia Airlines? 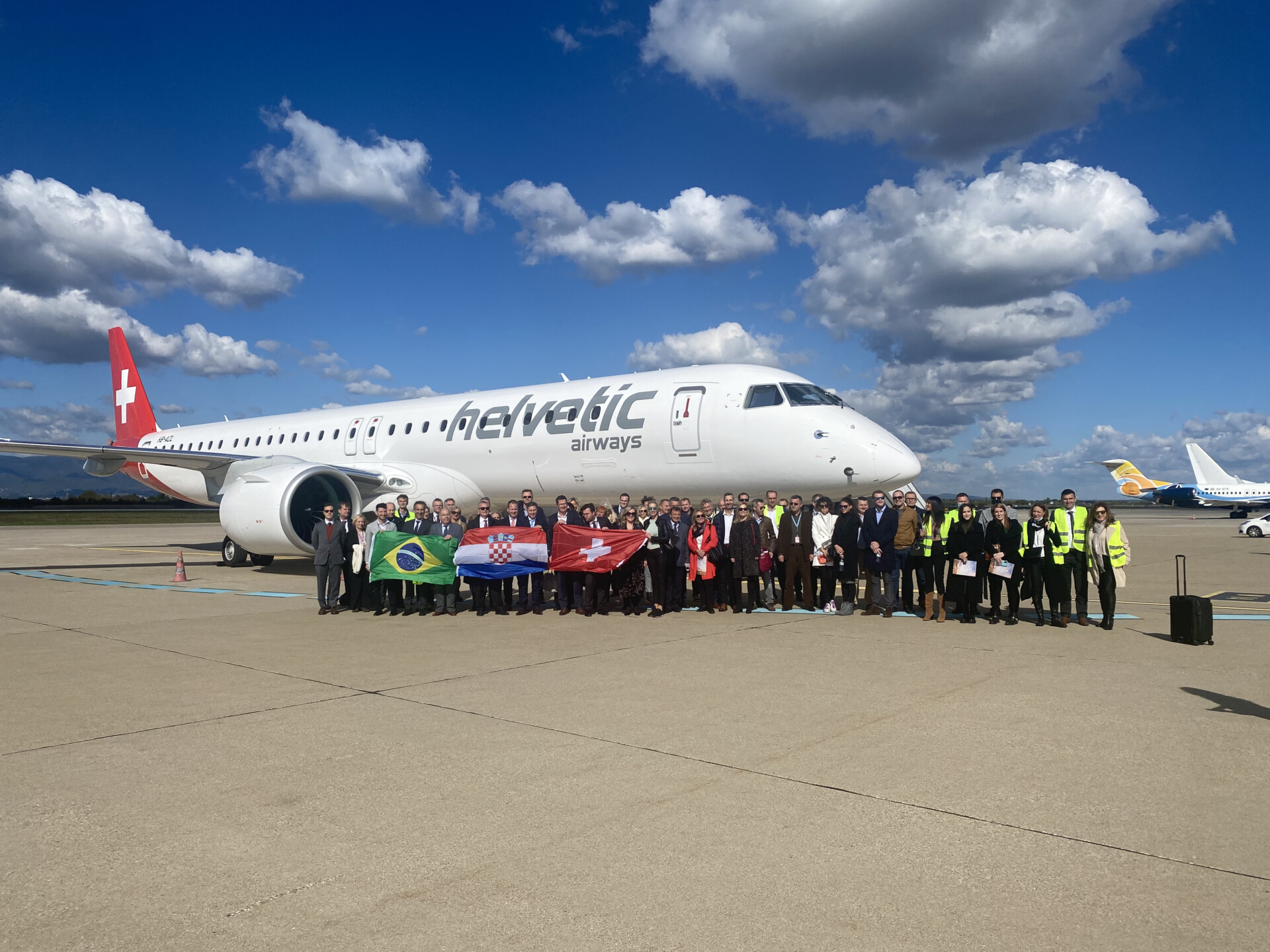 Embraer pitches the E2 in Croatia

Embraer visited Zagreb, the capital of Croatia, on Wednesday and Thursday this week. The purpose of the visit was to showcase the E2 aircraft.

The primary audience for Embraer’s event was Croatia Airlines, the flag carrier of Croatia that is looking to start replacing its entire fleet within the next four years. The airline’s CEO, Jasmin Bajić, was at the event in person.

However, the event was also attended by other regional airlines. For example, the startup flag carrier of Montenegro, Air Montenegro, was also there, as was another Croatian airline called Trade Air. Air Montenegro already operates a fleet of only Embraer aircraft.

On the first day of this two-day event, Embraer held a static display for the technical teams of the airlines in attendance.

On the second day, on Thursday, there was a demo flight for the airline executives and for the media. The demo flight was done by a brand new Helvetic Airways E195-E2.

The E2 is a great fit for Croatia Airlines

The E2’s range and capacity, but also the list price, make this aircraft type a good fit for Croatia Airlines.

The Airbus A220, in contrast, is larger. Croatia Airlines does not see enough demand on its regional routes to match the capacity of the A220. This is especially true outside of the peak summer months.

With a range of 2,600 miles (4,815 km), the E195-E2 can fly to the entire current route network of Croatia Airlines, but it also allows for new route launches to destinations that Croatia Airlines does not serve because the Airbus A320 family fleet provides too much capacity and the Dash 8 fleet provides insufficient range.

Out of Zagreb, the E195 can get as far as Reykjavík, Kuwait City, Tel Aviv, and Helsinki. It can also reach cities that Croatia Airlines used to fly to, like Lisbon, Moscow, and Madrid, but which were not profitable to serve with the A320 family fleet.

What do you think of Embraer pitching the E2 to Croatia Airlines? Let us know what you think of this story in the comments below.

Where Could You Fly With Qatar Airways 5,000 Mile Promotion?