The Bad Boys For Life directors have revealed that the third installment in the buddy cop franchise almost had a darkly tragic alternate ending. 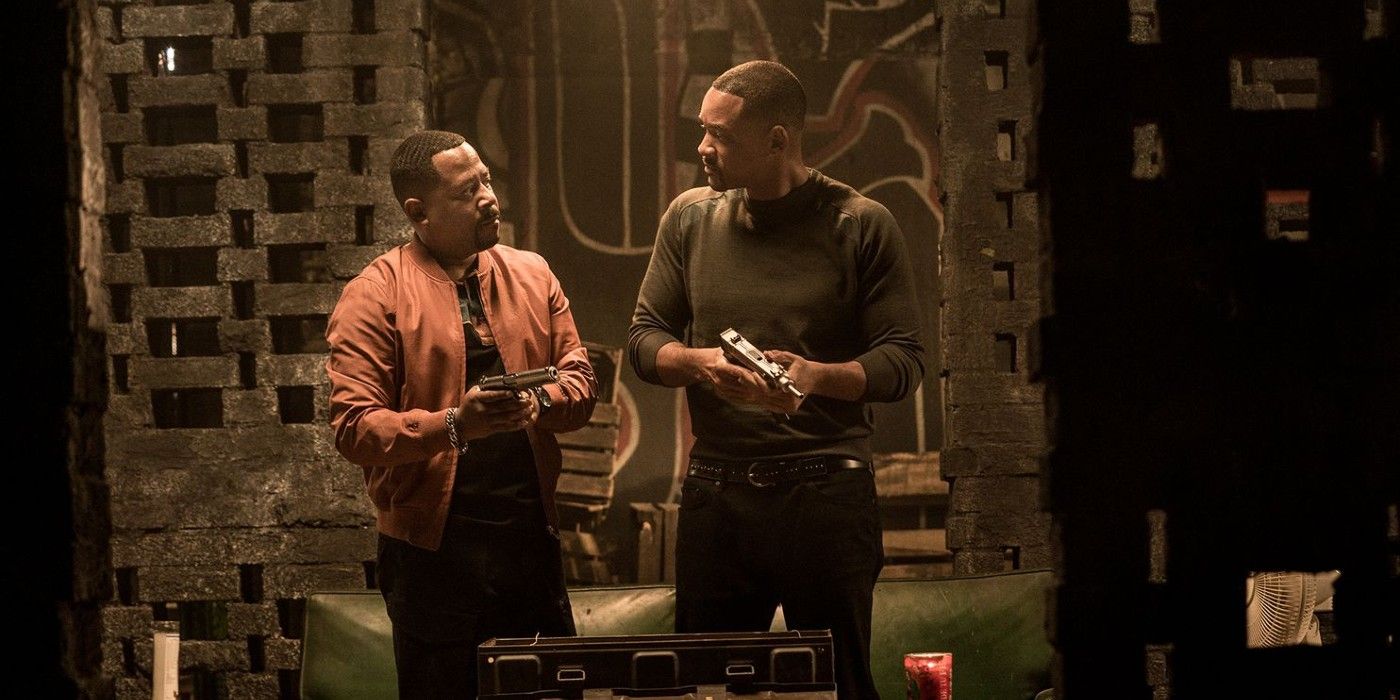 The directors of Bad Boys For Life, Adil El Arbi and Bilall Fallah, revealed the film almost had a darkly tragic alternate ending. The third installment in the beloved buddy cop franchise had massive success at the box office, reeling in $419 million worldwide, possibly becoming the highest-grossing film of 2020. The film was widely praised by audiences and critics alike, most feeling  was much better than expected, even the franchise's best entry. Naturally, due to the film's financial success, Bad Boys 4 was green-lit, producer Jerry Bruckheimer confirming the script is in the works.

The franchise started in 1995, starring Will Smith and Martin Lawrence as police detectives and best friends, who protect a witness to a murder while investigating a case of stolen heroin from their precinct. Audiences loved Bad Boys, and the film grossed an impressive $141 million globally against an estimated budget of $19 million. Bad Boys 2 hit theaters nearly ten years later in 2003, the film reuniting audiences with the two detectives as they investigate the flow of drugs into Florida from a Cuban drug cartel. Both films were helmed by Transformers director Michael Bay, who handed the franchise over to Arbi and Fallah for Bad Boys For Life.

Talking to Digital Spy, the directors revealed they almost gave Bad Boys For Life a darkly tragic alternate ending. The directors shot multiple endings for the film, one being a version in which Isabel, one of the villains, tries to kill herself and Smith's Mike Lowrey. When discussing that version, El Arbi said, "When she sees that all is lost, she wants to jump into the fire willingly, and she wants to take Mike Lowrey with her. Because, you know, she thinks the son is dead, so let's all die together." He goes on to say, "That was a version that was pretty epic and pretty Greek tragedy. It was too much, maybe [but] we'll never know."

Bad Boys For Life was not only well-received by the franchise's fans but also provided several Easter eggs to the original movies. The film also had a litany of special appearances, including a cameo from franchise director Michael Bay. The sequel also proved to have considerable stakes, killing off franchise favorite character Captain Howard, played by Joe Pantoliano. also contained a shocking twist that tied into Mike's past, setting itself up for a sequel and a possible spinoff franchise in the process.

Arbi and Fallah certainly increased their notoriety after helming the sequel, even meeting with Marvel studios after the film's box office success. The duo is also set to direct for Netflix, another highly anticipated sequel that will see Eddie Murphy returning to the role of Axel Foley. Although the directors are not officially involved with Bad Boys 4 as of now, that may change as the studio intends to repeat the third film's success, bringing back Smith, Lawrence, and screenwriter Chris Bremner for the sequel.

Bad Boys For Life was quite a pleasant surprise, coming out over a decade after the second film and managing to be the best entry yet. Though the alternate ending they shot would've been far more tragic than the theatrical cut, the original version works far better in the context of the story. Though fans may have to wait a while for Bad Boys 4, they can still revisit and enjoy Bad Boys For Life in the meantime.

The X-Men's Nightcrawler Teleports Faster Than a Bullet (Literally)

Star Wars: What REY's Jedi Order Would Look Like After...

90 Day Fiancé Prediction: Who Is Geoffrey Going on a Dinner...