Bad Bunny Snags Praise From WWE Wrestlers in Wrestlemania Debut: ‘He Has Truly Earned All of Our Respect’

Bad Bunny has become a household name at the WWE, making his grand in-ring debut in Wrestlemania. See how professional wrestlers are reacting. 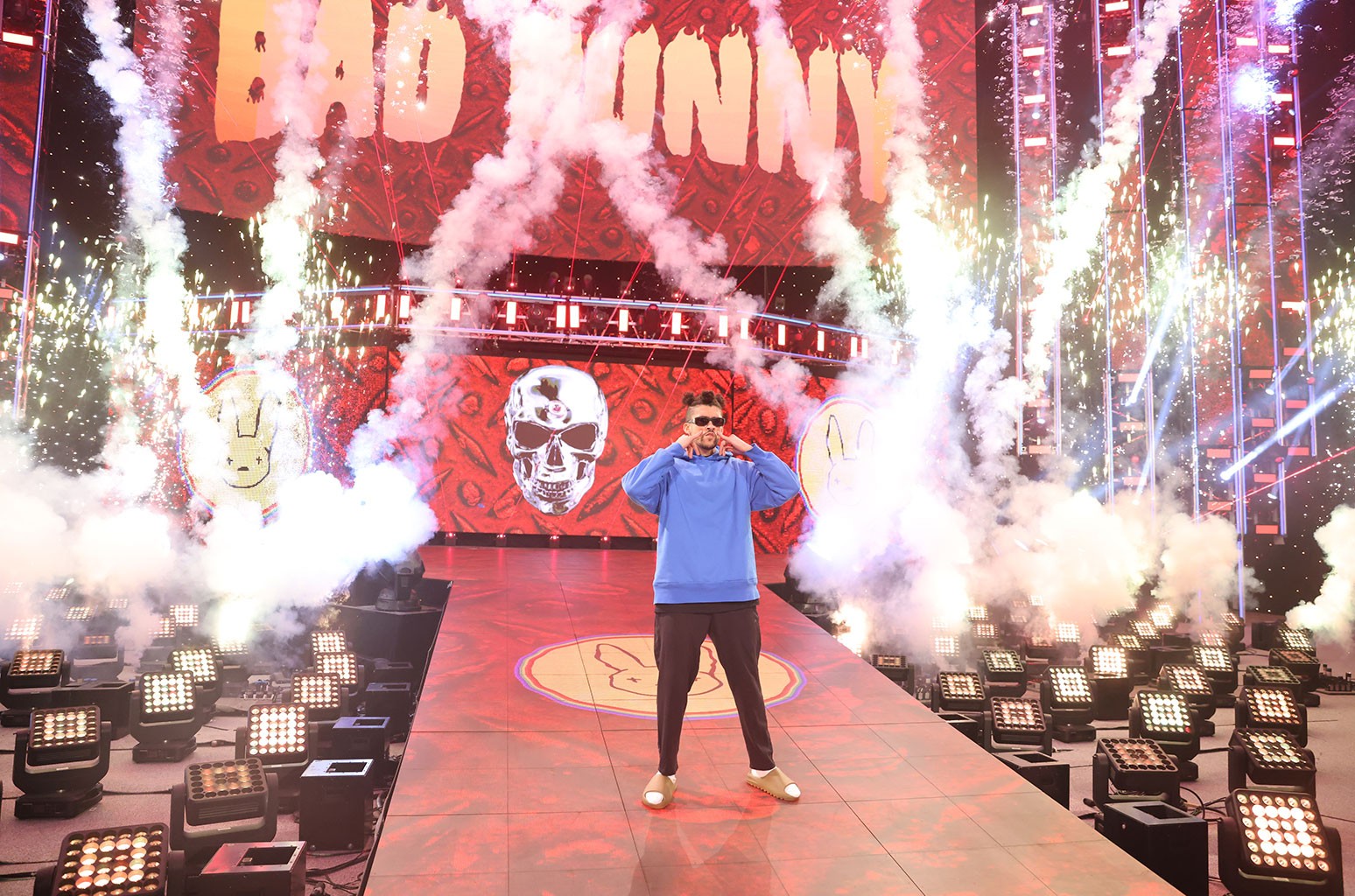 After performing “Booker T” at Royal Rumble back in January, Bad Bunny has become a household name at the WWE, making his grand in-ring debut in Wrestlemania over the weekend.

On Saturday night (April 10), the reggaeton star’s dream came true during a tag-team match against The Miz and John Morrison at Raymond James Stadium in Tampa. “This is one of the most important days of my life, another dream come true. Benito in Wrestlemania!!!!” he expressed on social media.

Following his devastating finishing move on The Miz that the WWE called the “Bunny Destroyer,” renowned wrestlers such as Randy Orton, Triple H, and Mick Foley praised the “Dakiti” singer on Twitter.

“Seeing Bad Bunny come into our world and completely halt any touring, his music, anything he had going on. He stopped it dead on his tracks so that he can get on the ring,” Orton said during a WWE interview. “I’ve seen him in the practice rings with trainers trying to get better 2, 3, 4, 5 hours a day. That impresses me. I appreciate Bad Bunny and his hard work. He knocked everyone’s socks off.”

Triple H dubbed his performance as “simply awesome” and noted, “He has truly earned all of our respect.”

After the match, Bad Bunny announced the North American leg of his 2022 El Ultimo Tour del Mundo tour in a video featuring Triple H. “You did amazing at WrestleMania but now, it’s time for you to do what you do,” the wrestler said while handing the singer a yellow road case that read “tour 2022.”

See how the professionals reacted to Bad Bunny’s Wrestlemania match:

.@sanbenito’s performance at #WrestleMania was simply … awesome. His months of incredibly hard work and grind in preparation for his performance showed his respect and dedication to @WWE and to our fans.
He has truly earned all of our #Respect! pic.twitter.com/vcc1hb51s4

I agree with @RandyOrton @sanbenito – from one @WWE Superstar to another, I respect and admire the hard work and dedication you put into making last night’s match at #WrestleMania so darn good – and so much fun to watch.#BadBunny https://t.co/RjXYND5Ccq

After an incredible #WrestleMania performance, it's time for @sanbenito to hit the road. #BadBunny has announced his 2022 tour! @TripleH pic.twitter.com/aX6zN5VvtF

Grimes Can’t Wait For Her New Full Back Tattoo to Blossom Into ‘Beautiful Alien...

Could This Be Northern Ireland's First Socially Distanced...

Watch the Trailer for Kid Cudi’s HBO Series ‘We Are Who...