Barca ‘working internally to convince’ Messi to stay after bombshell

Barcelona are working to … The post Barca ‘working internally to convince’ Messi to stay after bombshell appeared first on Football365. 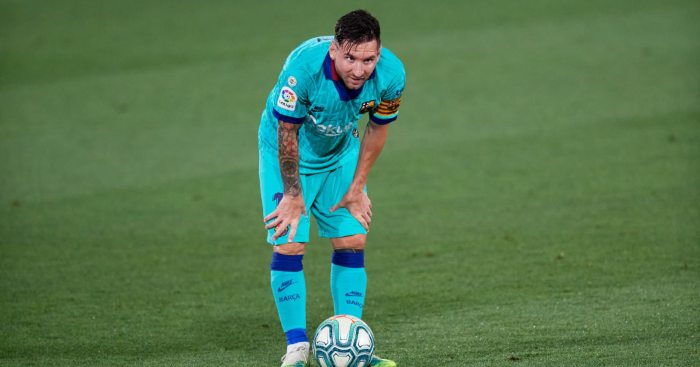 Barcelona are working to convince Lionel Messi to stay at the club following the Argentina superstar’s bombshell request to leave.

The 33-year-old rocked the Catalan giants on Tuesday night, when it is understood he asked for his contract, which has a year still to run, to be terminated under an end-of-season release clause.

The news sparked anger in the city he has made his home since his teenage years and led to frenzied speculation about potential destinations.

“These things happen and we hope we will come back stronger from the defeat at the end of last season.

“What’s happened has happened and our idea is to build a team around the most important player in the world.

“We are not contemplating any kind of departure because what we want is for Messi to stay.

“We only have enormous respect for Leo Messi. Barca and Leo are like a marriage, where both have given so much to each other and have brought so much joy to the fans.

“I think the future is positive. I am an optimist.

“We are putting every effort into ensuring that the relationship between Barca and Messi will continue. We are working internally to convince Leo.”

Ramon Planes: “We want to build a team around the most important player in the world” pic.twitter.com/0fDSpM83mE

Planes presided over the press conference at which the former Braga striker Trincao was presented to the media in the absence of club president Josep Maria Bartomeu, who had initially been expected to attend.

However, amid calls for him to resign over the Messi saga, he stayed away.

The six-times Ballon d’Or winner has been at the Nou Camp since joining the club’s famed La Masia academy, making his competitive debut as a 17-year-old substitute in a 1-0 LaLiga win at Espanyol in October 2004.

He has since scored a staggering 634 goals and won 33 major trophies, including 10 league titles and four Champions League successes.

Since the news broke, Messi, whose contract is said to contain a 700million euros release clause, has been linked with a series of potential suitors, with Manchester City – managed by former boss Pep Guardiola – and Champions League runners-up Paris St Germain reportedly leading the chase.

The post Barca ‘working internally to convince’ Messi to stay after bombshell appeared first on Football365.