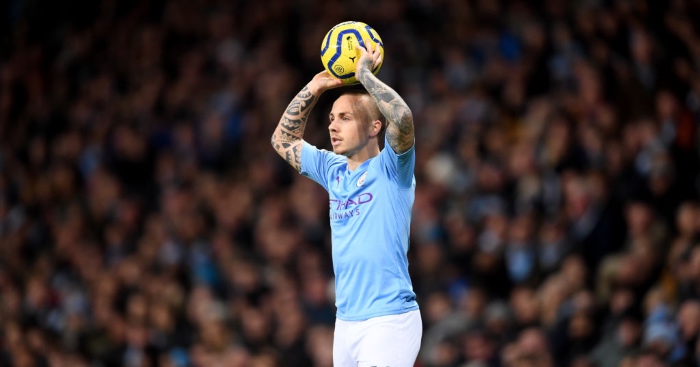 Barcelona have expressed an interest in Manchester City left-back Angelino, according to reports.

, but only made 12 appearances – just half of which were in the league – .

The left-back has shown his potential in Germany, where he made 17 appearances in all competitions as Leipzig secured qualification for next season’s Champions League – .

That loan spell has now expired, along with Leipzig’s option to buy, meaning his future is in City’s hands.

According to several sources, including the PA news agency, the Daily Mail, the and , Barcelona have made an enquiry about the chance to sign Angelino.

Ronald Koeman is looking for the first reinforcements to his squad after his appointment as Barca manager, and he is interested in pursuing a move for Angelino, who last played in his native Spain when on loan at second division side Mallorca in 2017.

Man City have told Barcelona – as well as Leipzig – that they want €30m for Angelino. That was the value originally agreed as Leipzig’s option to buy the player..

Barcelona are yet to make a formal offer for Angelino, but given that they could sell Jordi Alba and Junior Firpo as part of their summer rebuild, are likely to need to make a signing at left-back.

Angelino still has three years left on the contract he signed when returning to Manchester last summer.

Arsenal loan return emerges as ‘most likely’ option for Ceballos

Why have Chelsea decided Kante is disposable?