Behind the Australia–Thailand Strategic Partnership

Author: John Blaxland, ANU The Australia–Thailand Strategic Partnership was signed on 13 November 2020. Why did it take place and how did this happen? The joint declaration covers enhanced cooperation in defence and security, cyber affairs, anti-money laundering and transnational crime. But it is best understood in the context of shared history, common geography, overlapping […] The post Behind the Australia–Thailand Strategic Partnership first appeared on East Asia Forum. 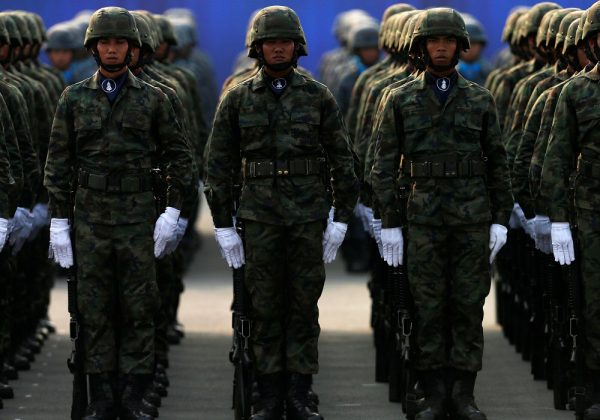 The Australia–Thailand Strategic Partnership was signed on 13 November 2020. Why did it take place and how did this happen? The joint declaration covers enhanced cooperation in defence and security, cyber affairs, anti-money laundering and transnational crime. But it is best understood in the context of shared history, common geography, overlapping interests and mutual strategic concerns. 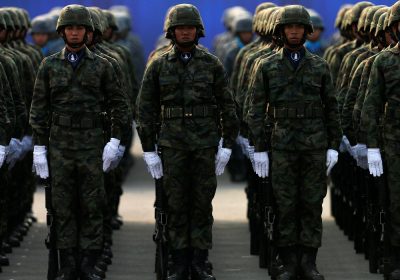 During the Second World War, over 13,000 Australian prisoners of war were press-ganged by Japan into building a railway from Thailand to Myanmar. With the onset of the Cold War, Thailand and Australia’s significance to each other changed. For different but complementary reasons, both chose to be aligned with the United States. They established diplomatic relations in 1952 and both were founding members of the Southeast Asian Treaty Organization (SEATO) in 1954. Australia also deployed a squadron of F-86 Sabre aircraft to Ubon Ratchathani Province in Northeast Thailand for much of the 1960s.

During the Vietnam War, Australian soldiers fought alongside Thai soldiers in neighbouring provinces in South Vietnam. Australia and Thailand supported each other and worked collaboratively, including tipping off emergent threats to each other. Since then, both have established good relations with Vietnam, thanks in large part to the constructive role of ASEAN. Throughout, the connection between Australia and Thailand has endured.

Many Thais have studied in Australia, including the King of Thailand, Maha Vajiralongkorn, who studied at the Royal Military College, Duntroon, alongside Governor-General David Hurley. Today, exchanges include a range of institutions and disciplines.

Something that speaks to the reliability of a friendship is when in a crisis a true friend lends a helping hand. In the East Timor crisis of 1999, Thailand was the first country in Southeast Asia to volunteer to assist Australia in resolving the crisis.

Others in Southeast Asia followed, including the Philippines, Malaysia and Singapore, but it was Thailand that took the risky first step, setting the precedent for others to follow. Thailand recognised that Australia was a trusted partner in the region — as was the case during the Cambodian peace process a few years earlier — and volunteered to take the lead, as well as providing the deputy force commander for the international coalition known as International Force East Timor (INTERFET). Thailand then deployed a substantial task force into East Timor before others did so.

Given the shared geography, it’s not surprising that Australia has been actively engaged in Southeast Asia since the Second World War, being widely recognised as the first partner of ASEAN.

By way of demonstration of its ongoing importance, Australia is actively involved in a range of regional initiatives that include Thailand. These range from the ASEAN Defence Ministers’ Meeting Plus (ADMM+) arrangements, including their various expert working groups, to the ASEAN Regional Forum and East Asia Summit. Australia is also a close partner on a range of regional counterterrorism initiatives that involve defence, police and security agencies. That common shared space — the geography they both inhabit — links to their shared interests.

These interests revolve around the key requirements for security and stability.

Thailand’s economic development and prosperity, for example, stands in contrast with the status of fellow predominantly Theravada Buddhist neighbouring countries: Myanmar, Laos and Cambodia. For Australia, Thailand’s Western security links have facilitated a closeness between their armed forces that few realise. These security ties are matched by strong bilateral trade and education links.

Like Australia (and despite contrary reporting) Thailand remains a US treaty ally. Also like Thailand, Australia is invested in the great Asian project of regional cooperation and mutual benefit. As middle powers, both have cause to share ideas and work collaboratively — as they have previously done in East Timor in 1999 and Cambodia in the early 1990s. That sharing of perspectives has become particularly important in light of the apparent American transactional retreat from ideational leadership witnessed in recent years.

Reflecting on Australia’s geostrategic strengths, weaknesses, opportunities and threats, Thailand and Australia face similar challenges linked to a combination of great power contestation, looming environmental catastrophe and a spectrum of governance challenges. That confluence of factors and shared interests is driving the desire for a strategic partnership between these two nations.

In thinking about Thailand’s domestic politics, some may wonder why Australia signed a comprehensive strategic partnership with Thailand at this juncture?

A recent collaborative Centre of Gravity paper between the ANU and Thammassat University showed that Australia has an interest in political reform in Thailand, but that interest is moderated by a strategic calculus. In essence, Australian leaders seek to remain on good terms with their Thai counterparts as successive Thai governments have been on good terms with their Australian counterparts.

In a cool-headed calculation, the Australian government recognises an alignment of interests which motivates a desire to maintain as close ties as close as possible with Thailand, despite sporadic domestic political turbulence and difference of views. In turn, after nearly 70 years of formal diplomatic ties, the Thai government appreciates this calculated position. There is more in common to warrant the strategic partnership than many realise.

John Blaxland is Professor of International Security and Intelligence Studies in the Strategic and Defence Studies Centre at the Australian National University.