Search for unity will be crucial test for Alexander De Croo just one month into his premiership. 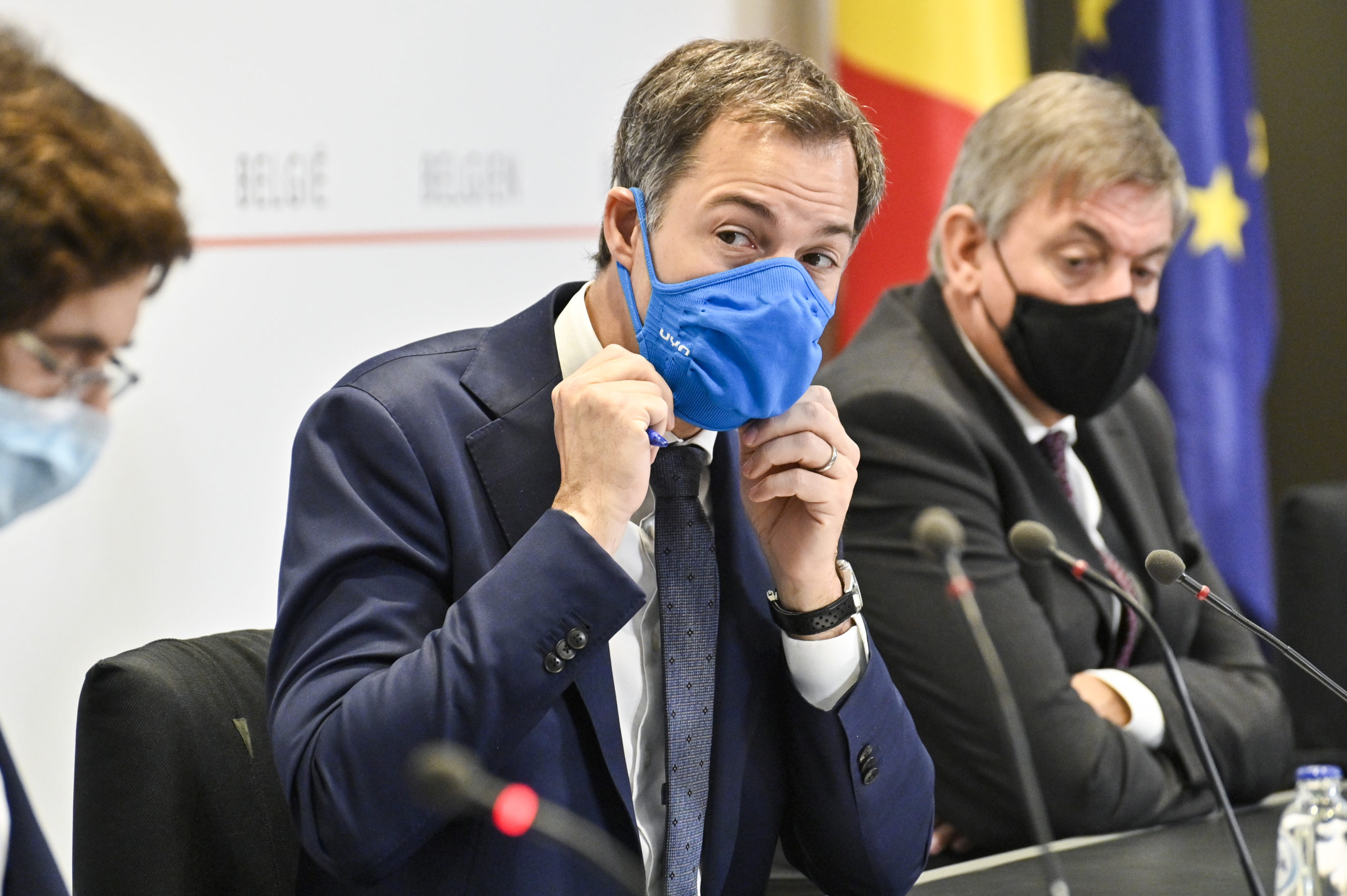 What he got was a patchwork of regional restrictions meant to fight the pandemic, which seem to change almost daily, making it hard for anyone to keep track of what’s allowed where, in a country with the highest rate of infections in Europe.

Instead of “tous ensemble” — the slogan used to cheer on the national soccer team — each regional government has pushed ahead with its own approach for battling the virus, based on different ideas of how to balance economic and public health priorities.

Throughout the crisis, politicians from the Flemish-speaking north and the French-speaking south have been at loggerheads over how to handle the coronavirus. While French-speaking politicians pushed for more severe measures to contain the virus, such as curfews, Flemish leaders have been more concerned about the economic impact.

Amid this clash of differing restrictions, De Croo rallied his troops on Wednesday night and streamlined the different restrictions into one federal decree.

“The last thing we need is to move forward in scattered order. The only fight to be fought is against the coronavirus,” he said on Wednesday.

But whether this will amount to a permanent pivot toward more unity remains to be seen ahead of De Croo’s next meeting with regional governments on Friday, and could serve as a crucial test for the stability of his seven-party coalition just one month into his premiership.

Politicians have been under pressure for weeks to implement stricter rules as Belgium once again emerges as one of the worst-hit countries on the Continent. Last week, De Croo presented measures that were softer than expected.

According to several Belgian officials, it was the government of the northern region of Flanders that insisted on keeping a balance between economic interests and the public health situation, and thus blocking the shutdown of leisure activities such as sports and cultural events.

The federal restrictions didn’t go far enough for French-speaking politicians, as cases and hospital admissions were quickly rising in the south. Only hours after De Croo’s press conference last Friday, Wallonia and the French community adopted stricter rules, including an extended curfew and universities again going completely virtual. On Saturday, the Brussels government announced another set of measures for the capital region, adding to the confusion.

The Flemish nationalists in the N-VA party, who lead Flanders’ government, decided against additional restrictions in an effort to preserve economic activities as much as possible. “You don’t have to extinguish a fire in a house that isn’t burning,” said Flemish Minister-President Jan Jambon.

De Croo’s struggle to get politicians from both sides of the linguistic divide on the same page differs from the unity seen under his predecessor, Sophie Wilmès. Her caretaker government routinely managed to get the regions to set aside their differences to find a national approach, even in areas such as education and cultural activities, where the regions are fully in charge.

“That unity surprised me,” said Dave Sinardet, a professor of political science at the Free University of Brussels, VUB. “Other federal countries, such as Germany, have seen a variety of measures in different regions throughout the crisis. Getting every region in line even led to open conflicts in the U.K. and the U.S. Belgium, which is notorious for its internal divisions, was a rare exception until now.”

Wilmès was able to achieve that unity by insisting that meetings with regional and national ministers on the pandemic couldn’t end until everyone agreed on each detail of their approach, according to a government official who was closely involved at the time.

“We got a lot of criticism because it sometimes took hours,” the official said. “But she wanted to make sure everyone left the room saying the same thing and imposing the same measures, in which she succeeded.”

But it’s not just a question of leadership style. The political situation in Belgium has shifted since Wilmès was in power: the Flemish nationalists are not part of the new seven-party coalition led by De Croo and have been working to seek revenge for the shut-out.

The party has also made the internal political calculation that the Flemish government, led by Jambon, should try to upstage the federal government more often, an official from the N-VA said.

Flemish nationalists say these political maneuvers haven’t impacted their handling of the virus.

“When it comes to corona, we’re putting safety and the general public’s interest first,” another official from the N-VA said. “There’s just no room for bickering between different governments.”

But federal government officials see things differently, especially since Jambon changed his mind in only a matter of days and this week announced similar measures as Wallonia and Brussels. He did so following intense pressure from virologists and other experts who warned the situation was grave, especially since infections in Flanders are now rising more rapidly than in the south.

“The government of Flanders could have saved itself a tough couple of days if it had simply accepted the measures that we proposed in the first place,” one federal official said. “We could have avoided the patchwork if they weren’t dragging their feet.”

When De Croo announced his new streamlined approach on Wednesday, he called for a “common base” of health measures throughout the country, amounting to a “partial lockdown.” In a video message, he sent a clear political message: “As a team with 11 million, we are stronger.”

“I’m pleased that we are finally on the same page,” Health Minister Frank Vandenbroucke told broadcaster VRT. “This was becoming a cacophony which wasn’t good.”

While federal government ministers expressed relief that De Croo had unified restrictions, experts said valuable time was wasted in the time it took to do so.

Yves Van Laethem, an infectious diseases specialist and spokesperson for Belgium’s COVID-19 crisis center, said that regions held off until they “realized that Belgium is a small country, and the contagion spreads from one region to the other.”

Both Flanders and Wallonia acted too late and are to blame, Van Laethem said, but he criticized Flanders’ approach in particular, which he described as stuck “in a sort of ideological tug-of-war that ‘we weren’t going to do like the Walloons, they’re the ones at fault.’”

Whether De Croo will change his strategy ahead of Friday’s meeting with regional officials, which will discuss whether to implement a stricter lockdown similar to France, remains to be seen. It could only be a temporary truce, especially since French-speaking politicians are again pushing for a more severe lockdown.

“The situation is constantly evolving,” the second official from the N-VA said. “But one thing has remained true throughout this crisis: We are always the ones around the table who want to keep our economy going. That’s something we will never settle on.”

US wants in as EU whittles down global travel list