Biden announces withdrawal from Afghanistan in speech heavy on symbolism

The administration had earlier this week signaled that the withdrawal timeline would coincide with the 20th anniversary of the 2001 terrorist attacks. 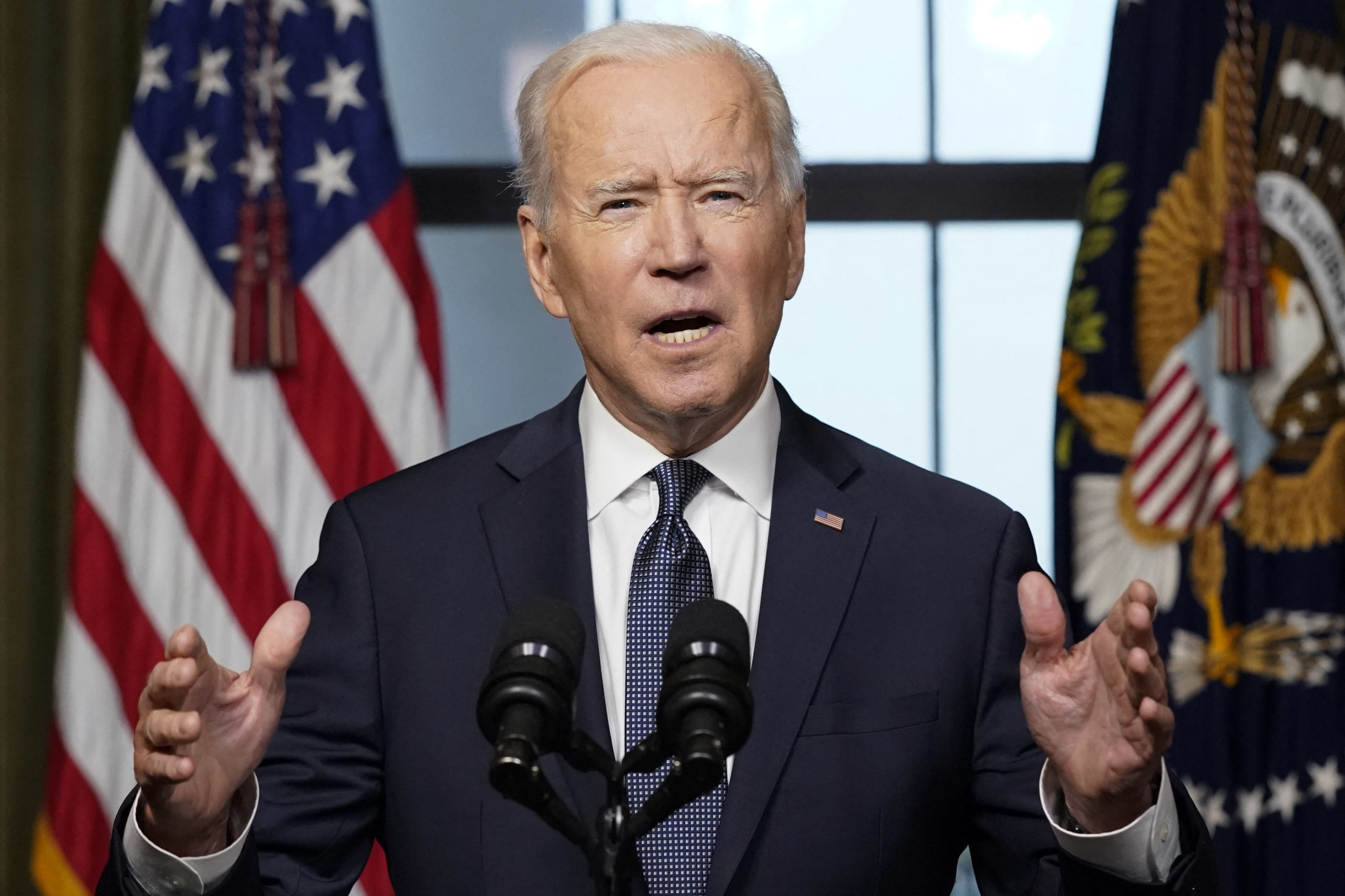 WAHINGTON — President Joe Biden on Wednesday formally announced plans to end America’s military presence in Afghanistan by September, in a White House address heavy on symbolism and marking one of his first defining decisions as commander in chief.

The administration had earlier this week would coincide with the 20th anniversary of the 2001 terrorist attacks, which have indelibly shaped American politics and foreign policy in the years since.

“We went to Afghanistan because of a horrific attack that happened 20 years ago,” Biden said. “That cannot explain why we should remain there in 2021.”

It also guarantees that the administration will not meet the May 1 deadline set by the Trump administration, though Biden said the final drawdown would begin by then and warned adversaries not to interfere.

“The Taliban should know that if they attack us as we draw down, we will defend ourselves and our partners with all the tools at our disposal,” the president said.

The Taliban had largely held off on attacking the roughly 3,500 American troops in Afghanistan since the Trump administration brokered an agreement with Taliban leaders in Feb. 2020.

NATO troops will also withdraw from Afghanistan along the same time frame.

“Our troops went into Afghanistan together, we have adjusted together, and now we are leaving together,” the organization said in a statement.

Biden’s address was given from the Treaty Room, the same area where then-President George W. Bush announced that the military had launched airstrikes that marked the beginning of the U.S. war in Afghanistan.

“I’m now the fourth United States president to preside over American troop presence in Afghanistan: two Republicans, two Democrats,” he said. “I will not pass this responsibility on to a fifth.”

Biden said he spoke to Bush on Tuesday about the decision, a token of respect to the former president and the office that would have been nearly unthinkable under President Donald Trump, who seemed to relish denigrating his predecessors.

“We’re absolutely united in our respect and support for the valor, the courage and integrity of the women and men of the United States armed forces who have served,” Biden said.

However, he did not explicitly say whether Bush was supportive of the decision. Former President Barack Obama, under whom Biden served as vice president for eight years, lauded the Wednesday announcement as “the right decision” while acknowledging the challenges that loom.

“But after nearly two decades of putting our troops in harm’s way, it is time to recognize that we have accomplished all that we can militarily, and that it’s time to bring our remaining troops home,” Obama said in a statement. “I support President Biden’s bold leadership in building our nation at home and restoring our standing around the world.”

White House press secretary Jen Psaki wrote on Twitter that Biden had spoken to both Bush and Obama separately the day before.

“While we are not going to read out private conversations, he values their opinions and wanted them both to hear directly from him about his decision to withdraw troops from Afghanistan,” Psaki.

The White House also released a summary of a call with Afghan President Ashraf Ghani that said Biden promised the “United States will continue to support the Afghan people” following the withdrawal.

Following his speech, Biden departed for Arlington National Cemetery to visit the section of gravesites designated for those who served in Afghanistan and other recent conflicts.

“There’s no comforting distance in history in Section 60,” he said at the White House. “The grief is raw. It’s a visceral reminder of a living cost of war.”

Biden noted that there were still facets of the plan that needed to be worked out.

“Over the next few months, we will also determine what a continued U.S. diplomatic presence in Afghanistan will look like, including how we’ll ensure the security of our diplomats,” he said.

But, Biden said the removal of troops will not be beholden to the conditions-based approach that other presidents have adhered to, which he blamed for the protracted nature of America’s military involvement in Afghanistan.

“We cannot continue this cycle of extending or expanding our military presence in Afghanistan, hoping to create ideal conditions for the withdrawal and expecting a different result,” he said.

Still, the move has already drawn some criticism from top members of Congress, including Senate Minority Leader Mitch McConnell, who warned on Tuesday that it would be “a grave mistake.”

“It is a retreat in the face of an enemy that has not yet been vanquished, and an abdication of American leadership,” said McConnell, who also criticized Trump’s withdrawal plan.

‘The Pentagon is not making these decisions’: How Biden’s team overrode the brass...

Top US intel agency rules out ‘manmade’ theory of coronavirus...