The US president’s COVID-relief bill passed the Senate on Saturday. It was a remarkably drama-free milestone for a $1.9 trillion bill. 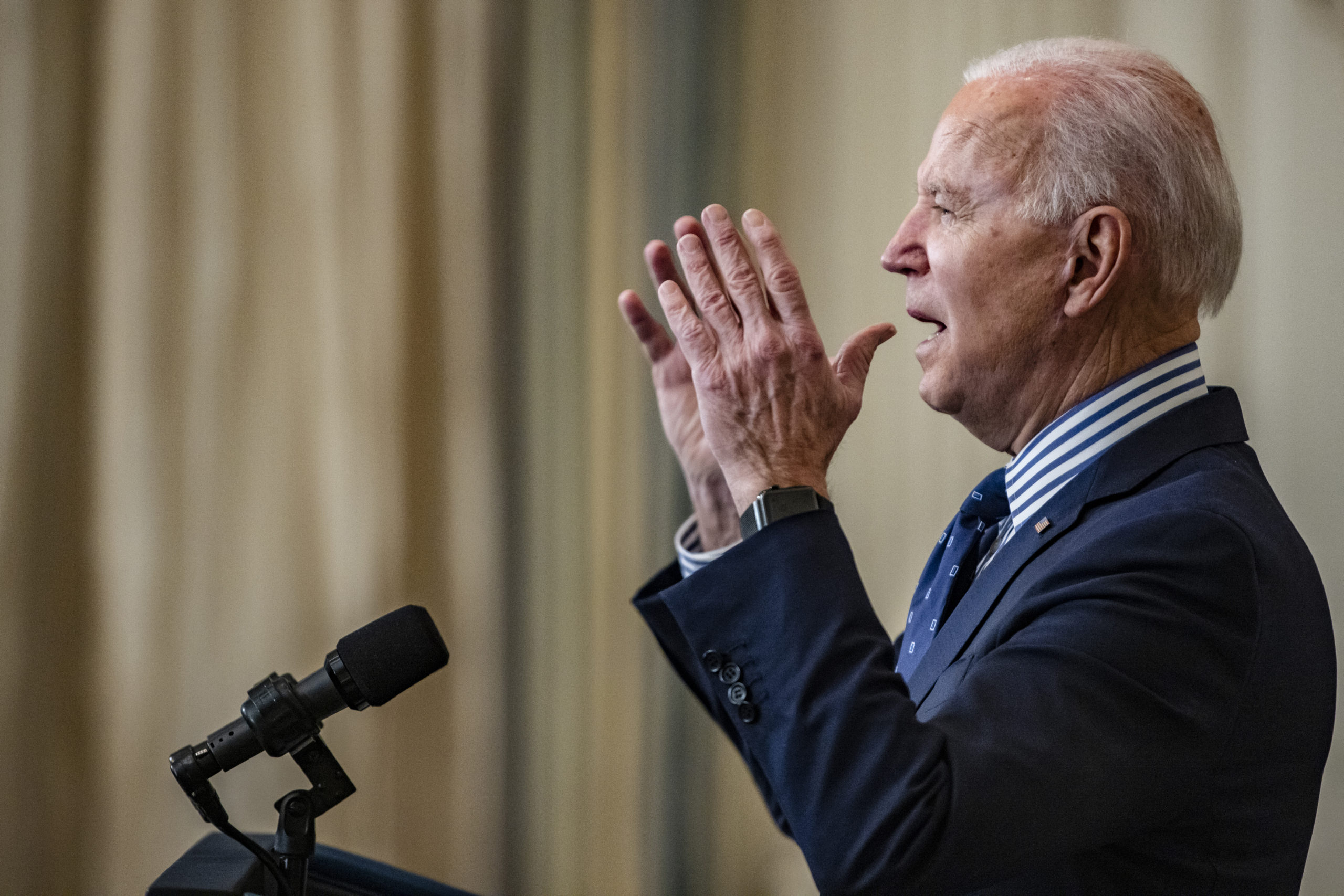 From the day Joe Biden stepped into the White House, his top priority was clear: Pass Covid relief. Ignore skirmishes elsewhere. Keep the message to Congress simple. And keep the message to the public even clearer: The current health and financial crisis would not go unanswered.

“Crisis creates urgency and they made the relief bill the singular focus of their agenda,” said Rahm Emanuel, who as President Obama’s chief of staff in 2009 ushered through a relief package after himself uttering his famous phrase about not letting a serious crisis “go to waste.” For the Biden team, Emanuel said, Covid relief was priorities “No. 1, 2 and 3 of their agenda.”

On Saturday, Biden’s keep-it-simple strategy paid off, after the Senate advanced his massive $1.9 trillion stimulus package, setting up a vote in the House and — shortly thereafter — the likely arrival of the bill to the president’s desk.https://09d62b1b717ef4c52c089bd38fccb6cb.safeframe.googlesyndication.com/safeframe/1-0-37/html/container.html

Just six weeks into his administration, the president was already telling Americans he had delivered on a signature promise.

Biden kept Democrats from splintering and barreled ahead without Republican support. He didn’t need them in the end, as the bill that passed the Senate only required a simple majority. But keeping his party in line was a feat itself. And in doing so, Biden managed to accomplish something that former presidents Obama, George W. Bush and Bill Clinton could not in early bills before Congress: hew closely to the original proposal without having to give much up in return.

“The White House said they were going to pass a $1.9 trillion package and then they did it,” said Zac Petkanas, whose outside group, Invest in America, was formed to help Biden muscle the legislation through, and then continue to sell it. “They had a disciplined message, ignored Washington naysayers in order to speak directly to the American people, didn’t buckle under pressure to cut some weak-kneed deal with Republicans and kept the Democratic caucuses united. That’s some damn fine work.”

Aside from one detour — the scuttling of Neera Tanden’s nomination to lead the Office of Management and Budget — the White House has maintained a steady focus on its legislative priority. As progressives demanded a dramatic show of power to keep a minimum wage hike in the bill, the Biden team swiftly declined to entertain the idea. Their messaging then was straightforward, too: it will be raised in some future fight. For the sake of progress, they also were willing to lower jobless benefits and tighten the income limits on those who will qualify for the stimulus checks.

Again, the messaging was simple: dealing with Covid mattered more than any specific policy. Indeed, the Senate’s passage of the bill comes at a pivotal point for the Biden administration and the Covid fight. Production and delivery of the vaccine continue to pick up along with the number of vaccinations. Americans are expressing optimism about the state of the pandemic. Jobs numbers improved last month. And Biden’s own job-approval rating  in an Associated Press survey released Friday.

White House allies said the as-yet-unannounced job of selling the rescue package would be fulsome. Indeed, Biden acknowledged late in the week that Democrats would have to do a far better job than they did in 2009-2010 to make Americans aware of all the ways the nearly $2 trillion package will benefit them. Speaking virtually to House Democrats, Biden said his former boss was just too “modest” about taking a “victory lap” after they passed their own economic stimulus bill — in that instance, with the help of three Senate Republicans.

“I kept saying, ‘Tell people what we did.’ He kept saying, ‘We don’t have time, we’re not going to take a victory lap,’” Biden said, recalling conversations with Obama. “And we paid a price for it, ironically, for that humility.”

The price they paid was what Obama dubbed a at the hands of Republicans. The party is banking on this time being different, betting that the easy-to-understand nature of the relief package and the direct payments to Americans it contains in it will serve the party well in the midterms.

“The difference between this recovery package and the one in 2009 is that almost everything in this one directly impacts people’s lives. The checks and (unemployment insurance) of course, but also the money for faster and better vaccine rollout, funding for schools, cops and firefighters, child poverty,” said Matt Bennett, a top official at the center-left think tank Third Way, who was in touch with the White House and Congress on the rescue package.

“This isn’t something that seems oblique like adding liquidity to capital markets,” he added of the comparison between 2010 and 2021. “This is hitting people where they live, and the Biden team has done a good job of making that case. All Democrats need to keep making it for two years.”

As evidence of how well the package itself is polling, Republicans did not focus squarely on the contents of it. Instead, they lambasted Biden and congressional Democrats for passing it on a party-line vote.

One senior Republican aide said GOP members increasingly believed that all of Biden’s promises to work across the aisle were mere lip service to voters. The aide said they expected a forthcoming infrastructure bill would follow a similar model: “‘nice if you can get it, but there’s no stopping us if we don’t get it.’”

“That seems to be their mission statement,” the person said. “At the end of the day, we want what we want and we welcome you to join us, and no matter, what we will try to screw you in the midterms.’”

But Democrats argue Republican’s opposition is out of line with most Americans. Steve Schale, who helps head the Biden-aligned Unite the Country super PAC said in focus groups before the November election, voters remained consistent. “The one thing that they wanted out of the next administration — whether it was a Trump reelection or a Biden election — was a president that was committed to getting things done,” Schale said.

While Republicans may be criticizing the process — and while there may be mounting pressure from the pundit class to forge a bipartisan path— Democrats in close touch with the White House said they also believe the second big Biden package ends up in reconciliation too. “I don’t buy the regular order thing,” said the official, who requested anonymity so as not to compromise their relationship with Biden advisers. That’s in large part, they said, because Republicans have so far shown themselves unwilling to go as big as Biden wants to go.

Another Democratic official acknowledged there is a risk of going it alone too many times, but predicted the White House would have no other choice.

Biden, for his part on Saturday, said he continued to hold out hope for bipartisanship, despite not winning over a single Republican. “There’s a lot of Republicans that came very close,” the president said. “They’ve got a lot of pressure on them and I still haven’t given up on getting their support.”

EU to Britain: We never sulk

Russia and China should be viewed as ‘one alliance’ in...