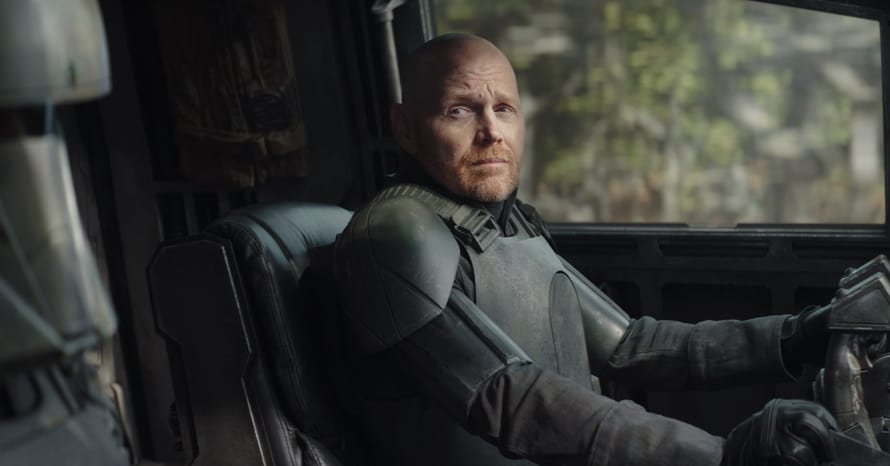 Last month, Lucasfilm announced Gina Carano would no longer appear in The Mandalorian and other Star Wars projects after the actress shared several controversial posts on social media that have been viewed as transphobic, antisemitic, and dangerous. Following her exit from the Disney Plus series, Carano is now developing projects with The Daily Wire.

Gina Carano Opens Up About Her Removal From ‘The Mandalorian’

In The Mandalorian season two, Bill Burr’s Mayfeld and Gina Carano’s Cara Dune were at odds with one another. However, Burr questioned Carano’s removal from the show on The Bill Bert Podcast:

“It’s a weird time….Unless she did some truly horrible shit or said overtly racist shit… I don’t know. I think there is just too many channels. And then you gotta do sensational shit…I don’t know what the f*** it is. I’m on that f***ing show. Now, I gotta watch what the f*** I say”

Later on, Bill Burr also opened up about working with Gina Carano and shared his concern for cases like this in the future:

“She was an absolute sweetheart. Super nice f***ing person. And you know whatever and somehow someone will take this video and they’ll make me say something else and try to get rid of my bald action figure. It’s how it is out there. It’s f***ing crazy times. People just waiting, laying in the weeds… Now it’s becoming like, ‘Hey you made an ignorant comparison. (flushing sound) There goes your dream, right? I look at that and it’s like, ‘Who the f*** stands up to that?’”

What are your thoughts on Bill Burr’s comments? Comment below!

The Mandalorian is available to stream Disney Plus. Stay tuned for all the latest news on the future of the Star Wars franchise, and be sure to subscribe to Heroic Hollywood’s YouTube channel for more original video content.

WandaVision Director Conceals Whether Twins Can Live Outside The Hex